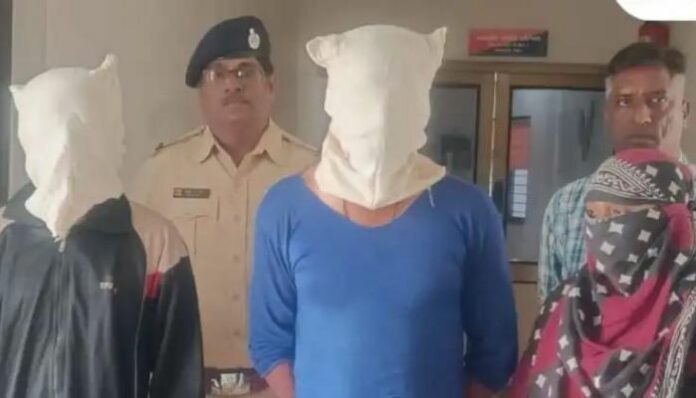 A case of live-in gone wrong has emerged from Ahmedabad where Nasir is alleged to have assumed a fake Hindu identity to trap a woman working in a spa. Nasir Hussain Ghanchi is accused of trapping a Hindu girl by introducing himself as Sameer Prajapati. He convinced her to get into a live-in relationship with him during which he not only established a physical relationship with her but even gang-raped her with his friends.

An OpIndia report on the case says:

According to reports, the girl, who was working in a spa in the Vastrapur area, was frequently approached by a young man for a spa. He identified himself as a Hindu named Sameer Prajapati. He later started stalking the girl and also befriended her over time.

In the meantime, Nasir quit his job and continued to have physical relations with the girl repeatedly. In the meantime, he also took videos of the girl so that she would not inform anyone about it. Apart from this, Nasir also demanded Rs 5 lakh from her for not making the videos viral. After this, the whole matter came to light when the girl – fed up with the torture – tried to commit suicide.

Narrating the pains she suffered, the victim girl said that once Nasir had brought two of his friends to the flat with him and tied a bandage over her eyes and the trio gang-raped her together.

The involvement of Nasir’s wife, sister-in-law, and brother-in-law in the crime has also come to the fore during police investigations. They are said to have executed the plan jointly to extort money from the victim. Nasir, his wife, and his brother-in-law have been arrested and booked by the Vastrapur police for love jihad and rape under the relevant sections of the law. The SC-ST cell has been given charge of the case. The search is on for Nasir’s friends who were involved in the gang rape.

Recently, numerous cases of grooming and live-in relationships going wrong have come to the fore from across the country in which Hindu girls have been entrapped by Muslims.