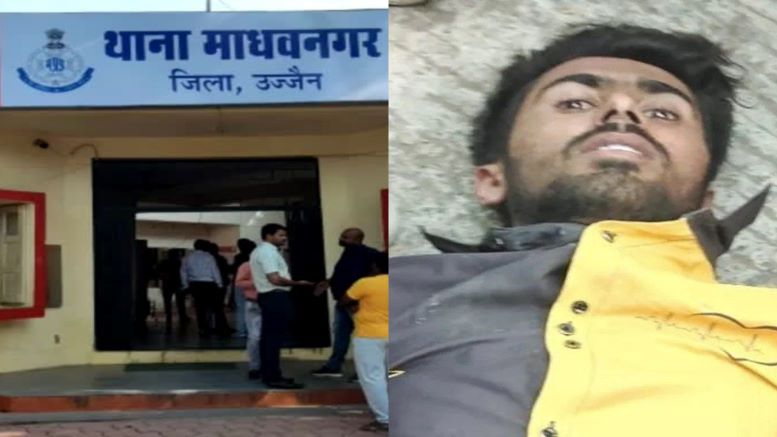 Family members of a married Hindu woman accused one Jafar of trapping her and luring her. The duo was caught when they were on their way to getting married in court. The woman’s brother reached Ujjain along with Hindu organizations.

It has come to light that Jafar is already married and has been jailed earlier as well. According to reports, Jafar hails from Unhel in the Ujjain District and works as a laborer. He has been residing in Chikli Village at his maternal uncle’s place.

On Friday, May 20, Jafar and the woman who got married recently headed to Ujjain. However, the woman’s family learned about the same. The brother approached Vishwa Hindu Parishad (VHP) and met Bajrang Dal’s (BD) District Convenor Ankit Chaubey to apprise them of the situation.

The couple was intercepted outside the Ujjain Public School by the woman’s brothers and members of VHP and BD. The duo was then taken to the Madhavnagar Police Station. However, the woman didn’t register any complaint against Jafar.

It has also come to light that Jafar had been grooming the girl for some years now. When she was a minor, he had lured her into eloping with him. At that time, the girl’s family members registered a case under POCSO. He had been jailed under provisions of the Act as well.

The woman’s family members got her married recently and subsequently, Jafar too got married. The woman had returned to her maternal home and Jafar got into touch with her again. He lured her into his love trap and asked her to elope with him promising marriage.

Ankit Chaubey highlighted that Jafar is a married man and even the woman got married recently. He said that this is a clear case of grooming and hence, they have brought the couple to the police station. Madhav Nagar Police Station in-charge Manish Lodha said that Hindu organizations had come with the youth but Hingoria Police is already investigating the case. He further said that they have apprised the Hingoria police of the entire sequence of events and they’ll take the probe forward.