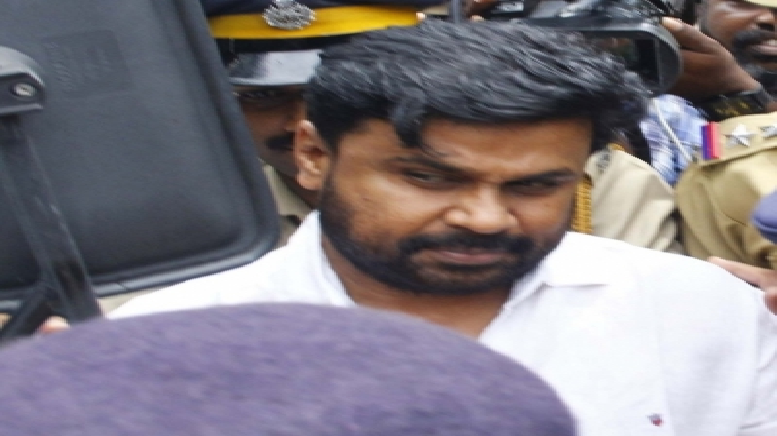 On February 17, 2017, Kerala woke up to the shocking news that one of the most popular actresses in the Malayalam film industry had been kidnapped and sexually assaulted in a moving car.

The actress reached the residence of actor and director Lal in Kochi and informed him of the assault and the trauma she had undergone after she was kidnapped while on her way back to her room after a film shoot. The actor-director at once called up the then Thrikkakara legislator, P.T. Thomas, who immediately informed the police, and a case was registered.

The actress complained to the police that six men were involved in the kidnap and sexual assault and said the assault was filmed to blackmail her. The police swung into action and on the same night, one of the accused was arrested and his two accomplices were also rounded up in the next two days.

Then came the shocker. In a major breakthrough, the Kerala police arrested a former driver of actor Dileep, Pulsar Sunil, on February 23, 2017, and all the accused were charged under Sections 366 (kidnapping) and 376 (rape) of Indian Penal Code, and Section 66 of the IT Act.

From day one after the arrest of the accused, there were reports that Dileep was behind the kidnapping, but the actor slammed the media for carrying “false news” about him. He even took to social media to say that he was being targeted.

The case took an ugly turn when on April 12, 2017, Pulsar Suni wrote a letter to Dileep from jail to say that he was facing a bad time behind bars. In June 2017, Dileep issued a controversial statement blaming the victim for the rape and accused her of having a relationship with Pulsar Suni and they had been together in Goa.

This evoked a sharp response from the actress, who said that she would sue Dileep. At the same time audio tapes were leaked to the media in which Pulsar Suni was heard talking to the manager of Dileep, Appuni, that he needed ransom money and demanded Rs 1.5 crore.

The police then questioned Dileep and his close friend and actor-director Nadirsha for 13 hours at the police club in Aluva on June 28. Thereafter he was arrested.

Dileep, who enjoyed superstar status, and his wife and Malayalam actress, Kavya Madhavan, are still under the police scanner and the case is on trial.

The actress, meanwhile, has alleged that Dileep was attempting to erase the phone calls using sophisticated technology. The actor’s advocates are also in the shadow of suspicion, with the senior lawyer being accused of trying to intimidate witnesses.

The Malayalam film industry, aka Mollywood, which was famous for bringing home laurels and acclaim from across the globe, is now under flak over the actions of a superstar. His wife is under the scanner and the victim has acted in several movies with him and was once a close friend of his wife.

Interestingly, Dileep’s first wife, Manju Warrier, who got a divorce from the actor after it was known that he had a relationship with Kavya Madhavan, has also deposed before the court and presented all the information she has with her.

Even as it was recovering from the Dileep case, the industry got another rude shock when an upcoming actor complained to the Kochi police that actor-producer Vijay Babu had raped her repeatedly promising her roles in the movies he was making. Immediately after the complaint was lodged, Babu went underground and left for the UAE from Goa.

The Kerala police tried its best to bring the actor back to the country, but he did not move. The cops, however, got his passport cancelled and issued a red corner notice. Vijay Babu did come back to Kerala, but with an order from the Kerala High Court specifying that he be not arrested till his anticipatory bail plea was heard.

The court also directed the actor to approach the investigating officer immediately and give his statement.

With Vijay Babu running from one police station to another and from one court to the other, the same old Dileep story is being repeated here with the difference that it was Babu who is under the allegation of raping the upcoming actress while in Dileep’s case he is alleged to have used his cohorts or had given a �quotation’ to rape the super actress of South Indian indu

Adoor Gopalakrishnan, Shaji N. Karun, the late G. Aravindan and Pavithran are some of the directors who are respected around the world for their movies and for taking Malayalam cinema to higher levels of excellence. Mammootty, Mohanlal, Suresh Gopi, the late Prem Nazir and Murali are the actors who brought laurels to the industry without even a single blemish to besmirch their illustrious careers.

Other than Dileep and Vijay Babu, Sreejith Ravi, an NIT product and son of Mollywood’s most popular anti-hero, T.G Ravi, who has played both character actors and villains, was also charged in a rape case and served a prison term.

And one of the most popular Malayalam producers, Siad Koker, set the cat among the pigeons a couple of years ago when he declared that money sourced illegally, or not accounted for, was finding its way into Kerala’s film industry .

On the one side, the industry is nurturing exceptional young talents such as Basil Joseph, the engineer-turned-director who has created Malayalam cinema’s first superhero in ‘Minnal Murali’, and actors like Fahadh Faasil and Dulquar Salman, who are now nationally known, are bringing home accolades, but the industry’s black sheep are letting down Mollywood.

With the Dileep case in court, filmgoers who had once been fans of the superstar, have been left disappointed as each passing day leads to murkier details about the actor and the means he has been employing to escape the law coming out in the open. His movies, which were released after the case came to light, bombed in the market, clearly indicating which side the public’s sympathy lay.