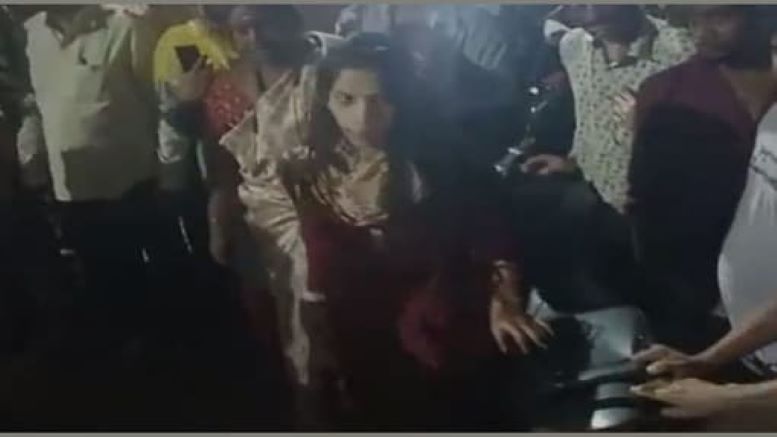 A Hindu man Nagaraju was reportedly murdered in a case of honor killing by his Muslim wife Ashrin Sulthana’s family. The couple was in a relationship for a few years before tying the knot in January this year. Sulthana’s relatives have been arrested by the police.

A report by India Today says:

Nagaraju was stabbed to death at Saroornagar Tehsildar office at around 9 pm on Wednesday night by an unknown person who was on a bike. The assailant fled the scene. Many passersby recorded the incident on their phones and some even clicked pictures of the dead body.

The incident has created tensions in the area after Nagaraju’s relatives held a protest and alleged that his wife’s family was behind the murder. Nagraj had married 23-year-old Syed Ashrin Sultana (a.k.a Pallavi), two months ago, on January 31.

Among those arrested is Sultana’s brother, who has been accused of being involved in the murder.

“They were both in love from their college days. They got married at Arya Samaj mandir of the Old City two months ago. Since they belonged to different religions, her family killed the boy,” alleged one of Nagraj’s relatives.

Billapuram Nagaraju (25) was a resident of Marredpally, Secunderabad and he was working as a salesman in a popular car showroom in Malakpet in the Old City. After the incident, the BJP staged a protest demanding justice and the arrest of the killers…

…Police have registered a case, started an investigation and are searching for the accused. Assistant Commissioner of Police, Sridhar Reddy, said that the initial investigation suggested that their love marriage was the reason behind the killing. “We are inquiring further. I will share more details based on the investigation,” said the ACP.

Raja Singh, BJP MLA from Telangana, demanded all those involved in the planning and execution of the murder be arrested. “Was it the family members, or did some religious groups advise the family? Did some group promise them financial help? There should be a full-fledged inquiry into this murder”, he said.