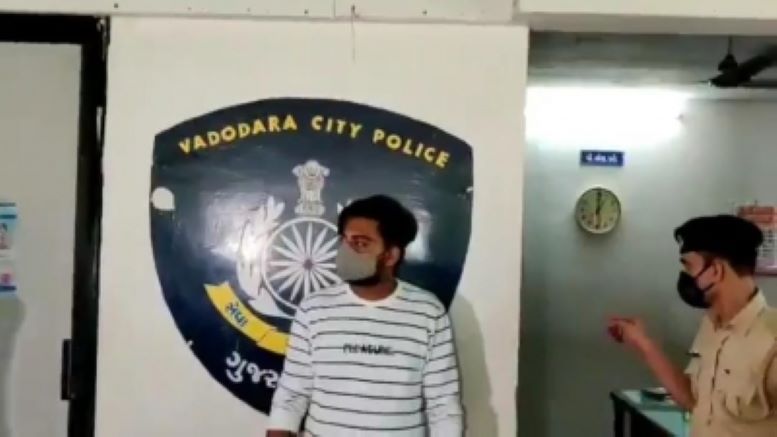 Within just three days of coming into effect in Gujarat, the state registered its first case of violation of the ‘Gujarat Freedom of Religion (Amendment) Act 2021’ in Vadodara on Thursday, officials said on Friday.

The police in Vadodara have arrested a Muslim man for marrying a Hindu woman by introducing himself as Sam Martin – a Christian.

One Samir Abdulbhai Qureshi, 25, residing in Tarsali area of Vadodara, has been arrested following a complaint registered on Thursday. A Hindu woman, 25, filed a complaint against Samir for marrying her under the false pretext of being a Christian.

“The Hindu woman has complained that she was lured into a relationship through Instagram by Samir, who said that he was a Christian, Sam Martin. She has complained that the accused had forced her into physical relationship and had photographed the moments. And he threatened her with making them viral if she did not marry him. They married in 2019,” SV Chaudhary, inspector at Vadodara’s Gotri police station, told IANS.

The Gujarat Freedom of Religion (Amendment) Act 2021 came into effect from June 15 after the announcement by Chief Minister Vijay Rupani. The new amendment was brought in the state following the footsteps of Uttar Pradesh and Madhya Pradesh.

The law had been passed by the Gujarat Assembly on April 1 and had received the Governor’s assent almost a month ago.

Under the amended law, forcible conversion by marriage, or by getting a person married, or by aiding a person to get married, an accused shall attract punishment of 3-5 years and a fine of up to Rs 2 lakh. In case, the victim is a woman, minor, SC, or ST, the offender could be punished with a jail term of 4-7 years and a fine of not less than Rs 3 lakh.

Also, if an organization is found to be involved in the said crime, the punishment shall be between 3-10 years. The definition of “allurement” has been expanded to ensure that any person who offers a “better lifestyle, divine blessings or otherwise” can also be considered as allurement. All offenses under this bill have been made cognizable and non-bailable.

The aim of the amendment is to curtail the “emerging trend in which women are lured into marriage for the purpose of religious conversion”.