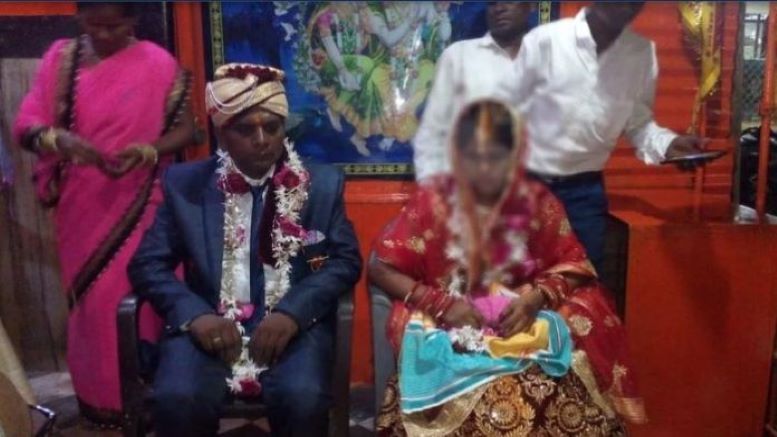 In the case of grooming, Akhtar, who has five children, assumed Hindu identity and became Mukesh to trap a Hindu girl. The incident has come to light from Surat’s Dindoli where the girl realized that she had been cheated three years after marriage. 50-year-old Akhtar Shaikh lured the woman using his fake identity and even attempted to force her into accepting Islam.

As per available information, the woman was employed in 2018 with an Idea store where Mukesh Mahavir Gupta was a regular customer. Mukesh befriended the woman by bringing in 10-15 additional customers to the store. Akhtar then began weaving his web of lies to trap the woman.

Mukesh told the 20-year-old woman, identified as Puja, that he was unmarried. The two eventually fell in love and Akhtar proposed marriage in 2019. The two then got married at a Hanuman Mandir in Kadodara area as per Hindu customs. The duo had a son together.

Akhtar had lied to Puja’s family that he was a railway employee and extracted rupees 12 lakhs from them by making false promises of get their daughter a job with the railways. In 2021, Puja came to know from his Aadhar card that Mukesh was actually Mohammad Akhtar Shaikh. She also learned that he was already married and had 5 children.

Puja confronted Akhtar regarding the same which led to fights between the couple. Akhtar then forced her to read namaz and claimed that Islam was the only true religion. He is even said to have pressurized her to wear the burqa and convert to Islam. Akhtr has also been accused of physically assaulting the woman, mentally torturing her by threatening to take her son away if she made his true identity public.

Subsequently, she registered a case against Akhtar with the Dindoli police station. It was only after Hindu Jagran Manch registered its protest that the police filed a case three months later. Akhtar has been taken into custody and relevant sections of the Indian Penal Code (IPC) and the Gujarat Freedom of Religion (Amendment) Act, 2021 have been invoked against him.