Ajmer 1992 serial rapes: Why Bharat’s youth must know about this case 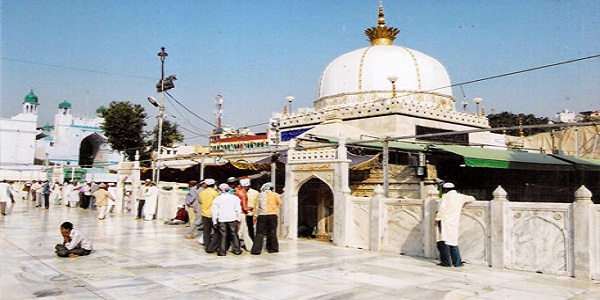 In 1992, Bharat was shocked by the revelation of one of the biggest and heinous crimes it had seen among its people. A case of forced sexual exploitation going en masse, a scandal that involved hundreds of girls raped and harassed daily, came to light when a daring journalist got the nerves to go up against the highly powerful and influential people involved in the crime.

The story is of the Rajasthani heritage city of Ajmer, which is home to the famous Ajmer Sharif Dargah- a sufi shrine (dargah) of the revered sufi saint, Moinuddin Chishti.

However, Khwaja Chishti in his wildest of dreams would not have imagined the gruesome acts of sexual abuse being carried out by the influential caretaker family of his sacred shrine.

The act was committed by a gang of criminals, which was initiated when Farooq Chishti, the member of the same influential family mentioned above, trapped a girl from Ajmer’s Sophia Girls School, raped her, and took ‘compromising’ images.

Then these images were used to blackmail the girl, who, deeply depressed, would have no choice but to lure more of her friends into this. The cycle went on and more than a hundred girls fell victim to the crime.

The girls went to the farmhouses right in front of their parents’ eyes, who had no idea of this happening, and were picked and dropped to their home in a car. The girls were photographed while raping, which were used as a tool to blackmail them and keeping their mouths ‘shut’.

These girls were not from very poor families, but influential and rich families, many of whom were daughters of serving IPS/IAS officers. The Sophia Girls School is one of the most highly respected institutions in Ajmer, and has branches all across Bharat.

It was later even uncovered that many politicians and high-ranking officials were also involved in the acts, and it was becoming more of a localized brothel- the magnitude of which would shake the spine of any proud citizen of this country.

It was happening right under their noses, involving innocent girls, sexually exploited and blackmailed.

The main accused, Farooq Chishti, was the president of Ajmer’s Youth Congress.The whole country was deeply shocked when the revelations were made. This could be one of the first cases of ‘Love Jihad’ in the nation. However, the term wasn’t coined back then- but was still enough to spark communal tensions.

People took to the streets, demanding justice, and it was actually the administration whose nude image of corruption and shameless ignorance came to light.

This story is about an incident that happened back in 1992. Why did we feel to publish this- is a question that would be asked by many.

Right from the time of her birth or even before, a girl faces many hardships, several becoming targets of one sort of a crime or the other.

Female infanticide,rapes, abductions, eveteasing, molestation, acid attacks, marital rapes have put a deep scar on the faces of men not only in Bharat, but around the world.

(This article has been compiled from the tweet thread of @sidragh1)