Vizag Steel: To privatize or not? 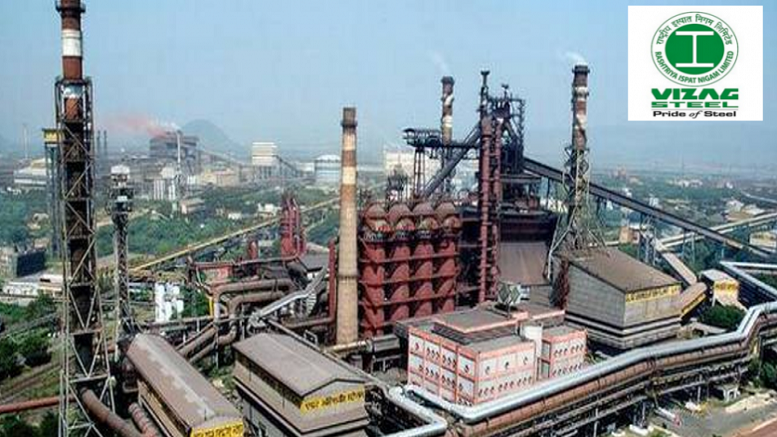 Rashtriya Ispat Nigam Ltd (RINL), also known as Vizag Steel, is a public steel producer based in Visakhapatnam, Bharat. This steel plant was founded in 1971 Bharat’s first shore-based integrated steel plant built with state-of-the-art technology. It was commissioned in February, 1982 with a capacity of 3 MTPA (million tonnes per annum) of liquid steel. In 2012 RINL became a public limited company.

The company is having one subsidiary, viz. Eastern Investment Limited (EIL) with 51% shareholding, which in turn is having two subsidiaries, viz. M/s Orissa Mineral Development Company Ltd (OMDC) and M/s Bisra Stone Lime Company Ltd (BSLC). The company has a partnership in RINMOIL Ferro Alloys Private Limited and International Coal Ventures Limited in the form of Joint Ventures with 50% and 26.49% shareholding respectively.

RINL, with an exclusive product mix of longs, is the largest producer of “Bars and Rods” in the country with a market share of 9.5% in 2018–19 (Source: JPC) and has recorded an annual turnover of Rs. 20,844 crore (Prov.) in 2018–19. The products of RINL include Rebars, Wire Rods, Rounds, Structurals, Blooms & Billets, and Pig Iron and the company also markets the resultant by-products like coal chemicals (Ammonium Sulphate, Benzol products, etc.) and Slag. Forged Wheel Plant is another unit of RINL being set up at Raebareli, Uttar Pradesh to cater to the wheels requirement of Indian Railways which is likely to start its commercial production shortly.

The company also has blast furnace grade Limestone captive mine at Jaggayyapeta (Krishna District), a captive mine for Dolomite at Madharam (Khammam), a manganese ore captive mine at Cheepurupalli (Vizianagaram). It also has a mining leafmillse for river sand of river Champavathi, Vizianagaram dist., A.P. In November 2010, the company was granted the Navratna status by the Government of Bharat. In 2014-15 RINL prepared its corporate vision plan envisaging a growth target of 16 MTPA by 2025.

On 20 May 2009, RINL launched the expansion project of Visakhapatnam Steel Plant from a capacity of 3.6 MT to 6.3 MT at a cost of Rs. 8,692 crores. But the investment was revised to Rs.14,489 crores consequent to the enhancement of the capacity to 7.3 MT. This project was expected originally to be functional by 2012. The company subsequently completed its capacity expansion to 6.3 MTPA in April 2015 and to 7.3 MTPA in October 2017.

RINL took additional funding support from the government in the form of 7% non-cumulative redeemable preference shares Rs.2937.47 Crs, which was fully redeemed during the period 2011-12 to 2015-16.

RINL completed its modernization of major units and achieved 11% growth in saleable steel production in 2018-19.

Key Financial Data of RINL during the period 2014 to 2019 (after the bifurcation of the Andhra Pradesh State):  INR in Crs.

Source- Audited Financial Statements of RINL. 2019-20 audited financials are not yet available.

As could be observed from the above data RINL’s sales have been growing steadily over the years. The company had paid dividend to the Government of India who owns 100% equity for seven consecutive financial years ending 2014-15. However, during 2015-16 to 2017-18 the company had posted losses though in 2018-19 the company has posted Rs.97 Crs PAT. Hence RINL has not paid any dividend to the government since 2015-16.

Reasons for the losses

1.) Huge raw material cost: RINL does not own captive iron ore mines unlike other Steel companies (both in the public and private sectors). It has been depending on supplies from Bailadila mines being run by the National Mineral Development Corporation and importing coking coal from Austria. RINL has a daily iron ore requirement of 20,000 MT and is said to spend up to Rs.7,000 per MT compared to other steel plants who spend between Rs.2,000 to Rs.4,500 per MT (depending upon the grade and the quality) as they have the advantage of captive iron ore mines.

This cost difference works out to Rs. 5 Crs per day as an additional burden to RINL. Therefore, if the Government allots captive iron ore mines to RINL from the nearby mines located in Odisha, Chattisgarh and Telangana it would enable RINL to save on the production costs significantly and start posting steady profits.

There is a need to have a long term mining policy in alignment with the National Steel Policy 2017 in order to remove the inconsistencies mentioned above and evolve a strategy to ensure smooth availability of iron ore to the steel plants in Bharat. Unfortunately the current uncertain policy environment has affected the steel plants like RINL.

Despite the major constraint in availability of raw material (iron ore) RINL has been striving to continuously improve its overall performance.  Some of the points worth mentioning in this context are:

1.) RINL’s steel production and sales are steadily growing over the years.

4.) Nil Comments (i.e., no serious adverse comments) on the financial statements of the Company for the Twelfth (12) year in succession by The Comptroller and Auditor General of India (C&AG.

6.) RINL was the first among the Bharatiya steel pants to be certified for OHSAS:18001 Standard for Health and Safety Management Practices and recertification was obtained in 2014-15.

Why RINL is not a sick PSU though incurring losses?

3.) RINL has paid dividends to the government in the past though it could not pay the divided since 2015-16 due to continuous losses.

4.) The losses incurred by RINL are primarily due to high cost of raw material as it does not have captive iron ore mines unlike other PSU and private steel plants in Bharat.

5.) RINL has a work force of 17,574 people as on 31.3.2019 and provides indirect employment to several people in and around Vizag city and close to one fourth of the Vizag population depend on it.

6.) Over the last 37 years, the cumulative accrual to the Government exchequer in the form of revenue comprising excise duty, customs duty, income tax, sales tax, octroi , other state levies and GST is around Rs. 41,700 Crs.

7.) RINL has developed the Vizag township and has been significantly contributing in fulfilment of its Corporate Social Responsibility.

8.) RINL has 19,700 acres of land whose market value is considered to be more than Rs.1 lakh Crores.

10.) Bharat is the world’s second-largest steel producer with production of 111.2 million tonnes (MT) in 2019. The National Steel Policy, 2017 envisage 300 million tonnes of production capacity by 2030-31. Demand for steel in Bharat is growing and RINL is one of the leading players with a market share of 9.5% and is the largest producer of “Bars and Rods” in the country.

Therefore the recent decision of Cabinet Committee on Economic Affairs (CCEA) giving in-principle approval for 100% strategic disinvestment of the Centre’s shareholding in RINL, along with management control by way of privatization is to be reconsidered by assessing the above facts.

Let us hope that both the AP State government and the Centre will have a dialogue and take a pragmatic decision at an early date in the long term interests of the Andhra Pradesh and the country’s economy.