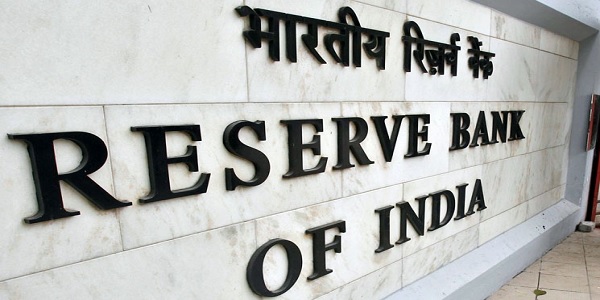 There were 361 private banks which “failed” across the country in the period from 1947 to 1955, resulted in depositors losing all their money as they were not offered any guarantee by their respective banks. Till 1969, SBI (then known by the name Imperial Bank of India) was the only bank that was not privately owned. It was observed that these private banks were only lending either to their own group entities or to large industries. (Source-RBI).

“It was felt that if bank funds had to be channelled for rapid economic growth with social justice, there was no alternative to nationalisation of at least the major segment of the banking system,” says History of Banking, an RBI publication. “Accordingly, the government nationalised 14 banks with deposits of over ₹50 crore by promulgating the Banking Companies (Acquisition and Transfer of Undertakings) Ordinance, 1969.”

Insurance of Bank Loans and Advances

RBI promoted Credit Guarantee Corporation of India (CGCI) in 1971 to provide guarantee cover to the loans and advances classified under priority sector (i.e., small scale industries and agriculture). In 1978 both DIC and CGCI were merged into DICGC. Consequent to this merger DICGC started extending its guarantee support to small scale industries from 1981 and from 1989 onwards started extending this guarantee support to entire priority sector advances.

However, post liberalization banks started adhering to prudential norms for capital adequacy and started making provisioning of all advances and have therefore, felt there was no need to continue availing the guarantee support from DICGC on loans and withdrew from the scheme of guarantee cover of DICGC.

In 2000, Government of Bharat and SIDBI have launched a credit guarantee fund scheme for micro and small enterprises covering loans and advances up to Rs. 100 lacs per borrower under a trust by name CGTMSE (Credit Guarantee Fund Trust for Micro and Small Enterprises) and the cap is increased to Rs. 200 lacs per borrower subsequently. Since 2003, banks have started insuring their agriculture loans with Agriculture Insurance Company of India Limited (owned by the public sector general insurance companies in Bharat).

Despite the opening up of the banking sector to private entities in the early 1990s, PSBs remain formidable players. This is underscored by the fact that their market share in overall bank credit and overall bank deposits was at 63.2 percent and 66.9 percent, respectively at the end of FY18. 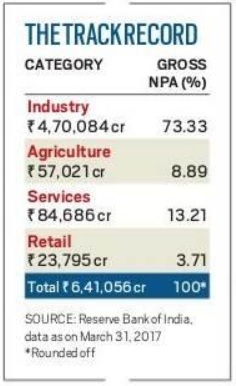 From the given data one can conclude that post nationalization of the banks though the banking outreach has significantly improved the quantum of NPAs has rapidly increased and industrial sector occupies a major chunk of the NPAs of the banks in Bharat. All the 38 listed banks accounted for gross NPAs totalling over Rs 10.17 lakh crore in the quarter ended March 2018.

Quality of the asset, credit risk, monitoring and supervision of the advances are the four major areas that need greater attention by the banks and the regulator in order to address the problem of NPAs in general and industrial and Corporate NPAs in particular which have a lion’s share in the total NPAs of Bharatiya banking system.

Meanwhile, the RBI, in 2016, issued guidelines for on-tap licensing of universal banks in the private sector, and proposes to issue draft guidelines for ‘on tap’ licensing of small finance banks. At last count, there were 22 private sector banks, 10 small finance banks and seven payments banks (11 payment banks provisionally approved by RBI) in the country.

In the first ever three-way consolidation among banks in Bharat, Dena Bank and Vijaya Bank were merged into Bank of Baroda on April 1, 2019. With the three-way merger and LIC’s 51 per cent stake buy in IDBI Bank in January 2019, the number of PSBs has come down to 18. Further consolidation is expected and the number of PSBs could come down to six or seven over the next few years.

There is a need to introduce regulatory measures to fix accountability on professional agencies who prepare the DPRs (Detailed Project reports) and TEV (Technical and Economic Viability) Reports as well as the rating agencies since their reports are relied upon by the banks while sanctioning credit to industry and large corporates.

There is a need to deliberate on introducing insurance of industrial and large corporate advances and strengthen the existing insurance/ credit guarantee mechanism for agricultural and MSME loans. In other words, all bank loans have to be covered under insurance. This will also necessitate review in the existing mechanism of insurance of bank deposits.

As the bank advances normally constitute 77.25 percent of its total deposits (i.e., after setting aside from deposits towards CRR and SLR 4% and 18.75% respectively), insurance of the bank deposits may be dispensed with once the total bank advances are covered under the insurance since the funds parked in CRR and SLR are considered to be not only liquid but also as safe.

This will also require a vibrant reinsurance market in order to ensure that the insurance risk on bank loans can be absorbed by the insurance companies in Bharat unlike the insurance sector in US economy which almost went for a toss post subprime crisis.

There is a need to reduce the government equity in PSBs to 33% in order to infuse the much needed functional autonomy in these banks. In May, 2019 the central board of RBI has taken a significant policy decision to create a specialised supervisory and regulatory cadre within the RBI with a view to strengthen the supervision and regulation of commercial banks, urban cooperative banks and non banking financial companies.

There is also a similar need to develop a pool of talent in the domains of industrial/ corporate credit, agricultural credit and MSME advances by the regulator in order to discharge effectively its supervisory and regulatory functions with regard to the lending portfolios of the banks and non banking finance companies.

Let us hope that the regulator, Government, banks and non banking financial companies will learn from the past experience and initiate appropriate measures collectively to address the issues with a long term perspective rather than going for ad hoc and temporary solutions.