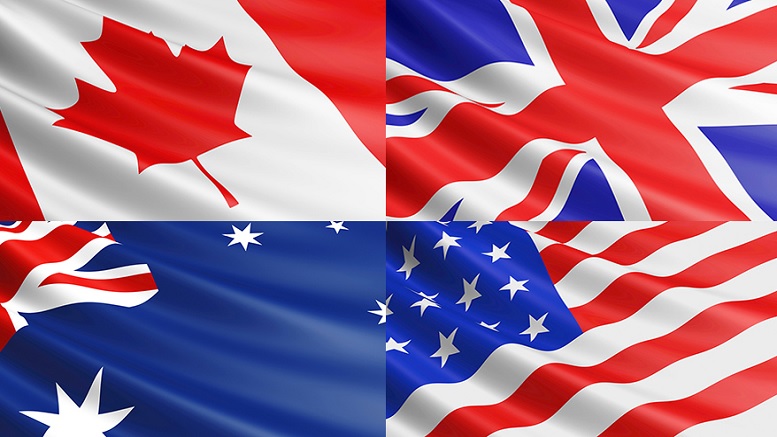 An interesting aspect of the entire Ukraine-Russia war is the angry condemnation by several Western commentators of Bharat’s neutral stance. From day one, Bharat’s government has said that all sides should cease hostilities, engage in dialogue and find a solution that addresses everyone’s legitimate security concerns. This is standard diplomatese in international relations – and something that Western governments have repeated time and again during Bharat’s recurring conflicts with Pakistan and China.

It must be said that Western governments have, on the surface, been guarded with their reactions to Bharat’s neutral position. The Biden administration has said they understand that Bharat’s relationship with Russia is distinct from that the US shares with the latter, and ‘that is ok’. Australian PM Scott Morrison said he respects that Bharat has a different level of engagement with Russia.

But many Western think-tankers and journalists have been flabbergasted, almost enraged at Bharat’s ‘betrayal’ of the ‘free and democratic world’. Let’s look at a few samples.

2.) Edward Luce, a known Hinduphobe with a strong colonial hangover, also chimed in by plugging an article criticizing Bharat which appeared in Shekhar Gupta’s The Print (no surprises there)

The article Luce quoted had been written by American Anja Manuel – a former US State Dept. official and executive director of @AspenStrategy; and former US diplomat Steve Biegun.

Clearly, while Western governments are not showing their claws (for the moment), the Western liberal establishment, think tanks and mainstream media are not pulling their punches in condemning Bharat.

Stance of official US allies

But what about the neutral, and even pro-Russia, stance of time-tested US allies like Saudi Arabia, Pakistan, UAE, Qatar, Brazil?

Imran Khan went on a state visit to Russia on the eve of the invasion, and cheerfully stated it was an “exciting time” to be in Moscow just hours after the Russian Army started their operation in Ukraine. Then Khan announced that Pakistan had signed a deal with Russia to import natural gas and 2 million tons of wheat. In the UN, Pakistan has decided not to take sides on the ongoing conflict. British tabloids are beyond themselves at Pakistan’s “shamelessness“, but Anglosphere governments are muted.

Last year, Khan had cast Pakistan as the “victim of American ungratefulness and an international double standard” in his address to the United Nations General Assembly. Last month he said, “United States has always used Pakistan for its purposes”. Yet, senior US officials continue to say that United States has no choice but to work with Pakistan on the way ahead in Afghanistan, and even thank Pakistan for its role in the ‘peace deal’ with Taliban – a terror outfit that harbored Osama Bin Laden and continues to spread terror in the region. Pakistan is one of 17 nations – alongside Israel, Japan, Korea, Egypt etc – that have been privileged by US with Major Non-NATO Ally (MNNA) status.

Despite such open rebuffs by Pakistan and increased dealings with Russia, US White House has merely said ‘it has communicated its position’ on Ukraine to Pakistan. Whereas for Bharat, Biden issued would some would consider a veiled threat, telling reporters, “”We are going to have consultations with India (on the Ukrainian crisis). We haven’t resolved that fully.” If media reports are to be believed, Biden administration is working furiously at various levels to pressurize Bharat into adopting its stance, and behind the scene, US officials have expressed their displeasure with their Bharatiya counterparts at Bharat’s position.

US ally Brazil’s President Bolsanaro has declined to condemn Putin, while departing from his government’s official stance at the United Nations to say Brazil would remain neutral. He also ruled out sanctions against Russia.

In the Middle East, many U.S. allies helped shield Putin from US attempts at deterrence.

The Biden administration asked Israel permission to provide Ukraine with air defense systems, and Saudi Arabia to increase its oil production. Both states refused. Qatar — a country President Biden recently declared a “major non-NATO ally” — publicly declined to take sides in the conflict, while the United Arab Emirates has also abstained in UN votes on the conflict, and publicly cozied up to Russia on the eve of the invasion. Other Gulf countries like Bahrain, Oman, Kuwait have largely kept quiet or only denounced the violence, stopping short of criticising Moscow.

China has not just refused to condemn Russia, it has blamed the United States for inflaming the crisis! This view, incidentally, is shared by some 50 American foreign policy experts who criticized NATO expansion into East Europe as far back as 1997. But EU, which has deep trade links with China, has thus far not outright criticized China. The same EU had also advised both China and Bharat to ‘resolve issues through dialogue’ in 2020 when China violated the boundary agreement with Bharat, tried to usurp territory and initiated the Galwan valley clash wich led to the death of 20 Bharatiya soldiers and an unknown number (some reports indicate 38 Chinese soldiers died) of Chinese casualties.

Envoys of all EU countries met in Delhi to show solidarity with Ukraine. No such joint meeting was held in China, or UAE, or Brazil. Why was this passive aggressive message delivered only to Bharat, when these EU nations knew that Bharat’s official stance was a neutral one?

Reason for excessive anger at Bharat

So why are Western, and especially Anglosphere, commentators seemingly more upset with Bharat for its neutral stance, a position routinely taken by countries in the tricky world of international relations?

It can’t be just because Bharat is a member of the Quad, and hence expected to play ball with the other 3 members of this alliance on every issue. If that were the case, a similar expectation would exist from all MNNA (Major Non-Nato Ally) status countries.

If you think long and hard enough, only one answer makes sense. These ‘great expectations’ from Bharat exist because the West has assiduously cultivated Bharat’s elites for decades, especially since the end of the Cold War and liberalization of Bharat’s economy. These same elites have imposed English, which is the primary language of just 0.02% of our population (around 6% can speak some English), as the language of higher education, courts, governance, policy, business and work!

English is spoken almost exclusively by the urban rich and this system has created a language-based class apartheid not seen anywhere else. Due to lack of proficiency with native languages, our urban elites are now almost completely disconnected from Bharat’s heritage, native philosophy and knowledge systems. Even the more intellectually-aligned ones grow up on a diet of Western literature, philosophy and ideas. Sub-consciously, their mental outlook is Euro-centric. Hollywood and American mass media penetration is such that many college-goers in metros know more about American cities and pop culture than about people living in their ancestral towns.

The penetration of Western think tanks, NGOs and academia is so deep in Bharat, that most of our professionals and analysts, knowingly or unknowingly, tend to toe the Western line. Most of our politicians and bureaucrats, and many Army generals too, send their children to the West for higher studies or to settle there. This is bound to affect their decision-making.

But there is a churn, a sort of mental decolonization happening in Bharat. Bharatiya language speakers are growing in confidence and even those well-versed with English are realizing that we have an asymmetric relation with the West. None of our core concerns – sanctions on terror-sponsoring Pakistan, end to Western-funded supremacist evangelical groups sowing discord in our society, end to safe havens for anti-Bharat terrorists and separatists operating from the West, recognition of the persecution of Hindus in our neighborhood – are being addressed, forget high-end technology transfers and other material assistance. Instead, we are witnessing a steady demonization of Bharat for asserting its basic rights and speaking up for persecuted Hindus and other Dharmiks.

In essence, the West bullies Bharat more than any of its other partners, because it knows we are more susceptible to this bullying. It knows it has collaborators within Bharat who are ever ready to join in campaigns to seed self-doubt, shame and fear in Bharat’s citizens.

The solution to this problem lies more with us, the people of Bharat, than with those in the West. Once Bharat embraces its true identity as a Dharmic civilizational state, and grows comfortable in its own skin, it will realize that what it is currently being shamed and rebuked for, is actually rational and normal behavior in the international community. But till the time we achieve this clarity & consensus within and deal with our fifth columnists, the relation with the West will remain rocky and patchy.