The 12,000 persons of Bharatiya descent in Belize, Central America 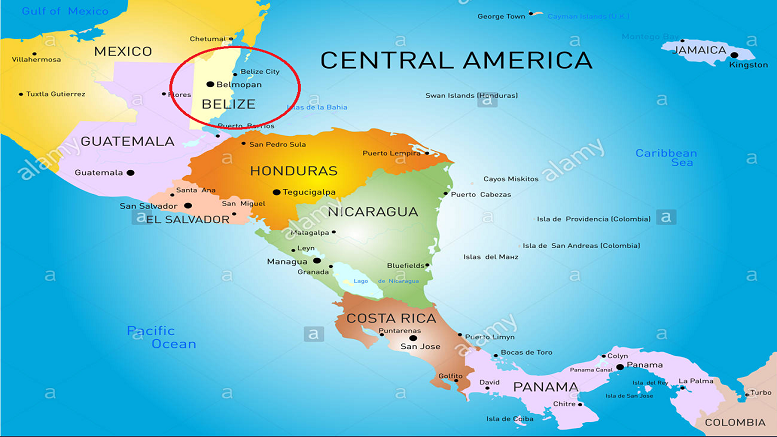 The following is a synopsis of a virtual public meeting held on 20th September, 2020 on the topic “The 12,000 persons of East Indian descent in Belize, Central America: Embracing the challenges of maintaining their ancestral roots in a multi-ethnic society.”

The Pan Caribbean meeting was hosted by the Indo-Caribbean Cultural Centre (ICC).

The speakers were Curlette Ramclam-Palacio, a resident of Toledo and the President of the Yellow Ginger Festival of Belize; Dr. Albert Williams, an Associate Professor of Finance and Economics at Nova South-eastern University in South Florida; and Sylvia Gilharry Perez, the Founder and President of Corozal Organization of East Indian Cultural Heritage (COEICH).

The discussant was Dr. Kumar Mahabir, an Anthropologist and former Organization of American States (OAS) Fellow.

Sylvia Gilharry Perez provided the following overview of the history and present status of the East Indian community in Belize.

Only English-speaking country in Central America

Belize is an 8,867-square-mile tropical paradise tucked in the heart of Caribbean basin, and bordered by Mexico (North) and Guatemala (South-West). It is home to a multi-ethnic population of over 300,000 people.

Belize is the only English-speaking country in Central America as well as the only Central American member of CARICOM [Caribbean Community]. The country has approximately 3.9% (12,452) persons of East Indian (Bharatiya) descent.

The East Indian population in Belize are indirect descendants of immigrants from Bharat. Many Belizeans mistakenly refer to any one from Bharat as “Hindus” or “Coolies”.  Considered a derogatory term, “Coolie” means a paid servant of East Indian descendent. The term “Hindu” really refers to a person of the Hindu faith, the dominant religion of Bharat.

In contrast to Trinidad, Guyana, Suriname, Jamaica and other former West Indian British colonies which recruited indentured Bharatiya labourers directly from then British India, Belize has never made such a request for Bharatiyas.

Between 1872 and 1890, over 3,000 Bharatiya labourers from Jamaica voluntarily relocated themselves to Belize to work in the sugarcane, timber and banana industries. East Indian coffee workers from Guatemala also joined them in Belize, formerly called British Honduras.

The first arrivals named one of their villages in Belize, “Calcutta” and later, a football team “Bengals.” East Indians proved to be industrious and thrifty and showed the propensity to save their earnings and invest in entrepreneurial activities.

Queen Charlotte Town (named after the wife of the British King George III) was home to the majority of Bharatiyas until it was destroyed by the historic hurricane in 1931. The survivors were dispersed to other districts.

Plantation owners encouraged their workers to use English language for fear that the East Indians would plot against them in their native language. As a result, few Indic words remain, the majority being specific to Bharatiya food.

Bharatiyas were placed to work alongside other ethnic groups, and prejudices were eroded and mixed-marriages ensued with Creoles, Garifuna and Maya Indians. This mixing prevented Bharatiyas in Belize from retaining much of their cultural practices. More Bharatiya men than women were also recruited which led to more out-marrying.

Their traditional religion of Hindu Dharma and Islam weakened because of the absence of religious and cultural leaders as well as the nonexistence of mandirs and mosques. Belize was also too far away from Bharat for travel and spiritual connectivity.

However, remnants of traditional culture remain in the form of culinary dishes, curry and kheesas [folktales]. There is also the retention of the Who-Seh-Me-Seh dance which was part of the Shiite Muslim commemoration of Muharram. However, it has been recreated in a Christian version in commemoration of the Ark of Covenant with the battle of Hassan and Hussein – grandsons of Prophet Muhammed – substituted for the fight between two brothers, Cain and Abel in the Bible.

Bharatiyas still maintain their cultural ties to agriculture for home consumption, with surpluses sold in the market.

People of Indian Origin (PIO) in Belize now face the imminent danger of disappearance as an ethnic group, now numbering just 12,452 or 3.9% of the total population of 300,000. This tragic trend could be stemmed by conducting educational outreach programs to revive and strengthen Bharatiya culture.

A dating electronic service with members of the Indian Diaspora in the Caribbean should also be introduced. There is also need for more networking with other cultural organisations in the region.

In 2014, COEICH was the main convener of a Conference on the Indian Diaspora in Belize and the wider Caribbean. The National Institute of Culture and History (NICH) was one of the sponsors. East Indians continue to embrace the challenges of retracing the footsteps of their ancestors.

As they embark on this journey to reclaim and revive their traditions, they cherish the values deeply embedded in their ancestral practices.