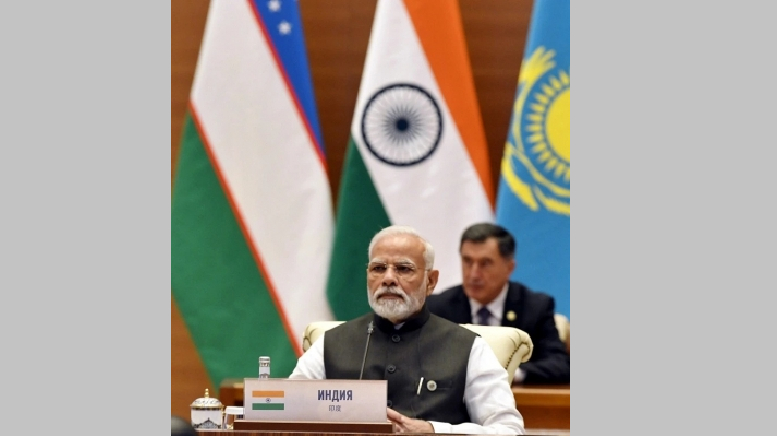 Prime Minister Narendra Modi proposed to the eight-nation Shanghai Cooperation Organisation (SCO) countries on Friday the mantra of fusing technology with traditional assets to foster their collective rise in the post-Covid era.

With New Delhi set to hold the rotating presidency of the SCO, PM Modi nailed three areas where Bharat can make a significant contribution to the eight countries of Eurasia – a region with which Bharat has for thousands of years established deep commercial and spiritual links.

PM Modi cited start-ups, traditional medicine, and food security as domains where Bharat can pioneer a collective initiative for the region.

“Today, there are more than 70,000 Start-ups in India, of which more than 100 are unicorns. Our experience can also be useful for many other SCO members. For this purpose, we are ready to share our experience with SCO member countries by establishing a new Special Working Group on Start-ups and Innovation,” PM Modi said.

Referring to food security which has been disrupted due to Covid and the Ukraine war, the Prime Minister homed on to millets – a traditional grain grown in the SCO – as the “superfood” to fight hunger. The PM proposed that the SCO should hold a “Millet food festival”.

“Millets are a superfood that have been grown for thousands of years, not just in SCO countries, but in many parts of the world, and is a traditional, nutritious, and low-cost alternative to dealing with the food crisis. The year 2023 will be celebrated as the UN International Year of Millets. We should consider organising a ‘Millet Food Festival’ under the SCO.”