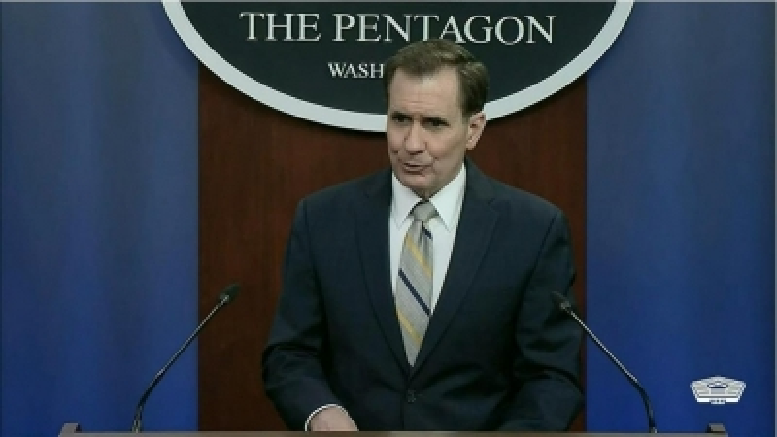 The US has said it has “shared interests with Pakistan in terms of security and stability” and enjoys a healthy military-to-military relationship with the Pakistan Army, Samaa TV reported.

The US Department of Defence Spokesman John Kirby said, “We recognise that we have shared interests with Pakistan with respect to security and stability…And we do have a healthy military-to-military relationship with (the) Pakistani armed forces.”

When asked if the Pentagon is concerned with former Pak Prime Minister Imran Khan blaming the US and the US military for his removal from the office, Kirby replied he cannot comment on Pakistan’s internal political situation.

He added that the US recognises Pakistan’s key role in the region and the sacrifices the country has made while fighting terrorism.

The reporter asked if the US is prepared in case of a possible military intervention as Khan takes the crisis to the streets by holding large public rallies.

Kirby said the US doesn’t see any military role in Pakistan, while reiterating he will refrain from commenting on Pakistan’s domestic politics.

White House Press Secretary Jen Psaki said on Monday that a prosperous and democratic Pakistan is critical to the US’ interests, before adding that both countries have a “long, strong and abiding relationship”.

“We value our long-standing cooperation with Pakistan and have always viewed a prosperous and democratic Pakistan critical to the US interests. That remains unchanged regardless of who the leadership is,” said Psaki.

Pakistan is hurtling along the path of multiple implosions: Dr Naseer Dashti