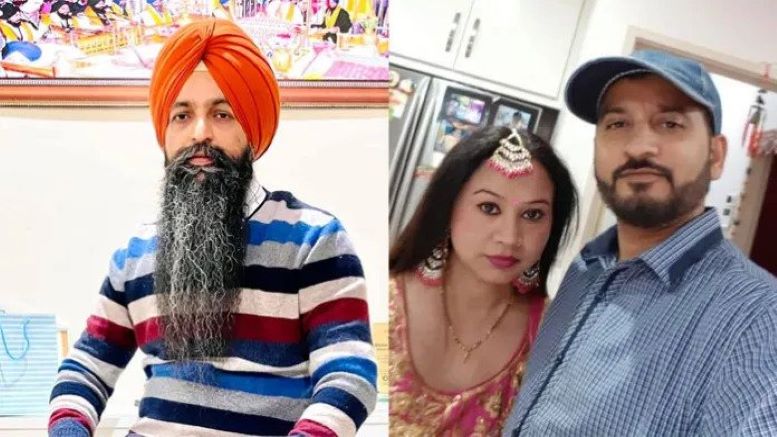 Khalsa Aid’s South Australia coordinator Gurinderjit Singh Jassar is reported to have issued threats to a Hindu-Sikh couple demanding them to change the name of the Vaisakhi Mela, scheduled for April 2, they have been conducting for several years. The couple runs the Punjabi Aussie Association of South Australia which conducts the fair.

This is the first time Harmeet Kaur and Rajesh Thakur have run into problems in organizing the fair. Thakur alleged that Khalsa Aid’s Jassar threatened him over the phone saying Baisakhi was a Sikh festival. However, when Thakur refused to budge, Jassar turned aggressive and even accused Thakur of ‘sexualizing’ the festival.

“Thakur further alleged Jassar offered him money to drop the word “Vaisakhi” from the name of the fair. In a live video, Jassar said he got the name of another festival changed. However, despite approaching the other organiser [he was allegedly pointing towards Thakur] for the same, the name was not changed. Furthermore, he said a group of Sikhs would reach the venue on the day of the fair and protest peacefully. “If they get physical, we will not restrain ourselves,” he claimed”, noted OpIndia.

Online trolls even targeted the local channel Raabta Radio that came out in support of the couple. According to the channel’s Editor, Robbie Benipal his organization came under attack because they were favouring the couple. “In an Indian program couple of days back, they surrounded me and rudely questioned me on why I gave a platform to Harmeet Kaur, organiser of Vaisakhi Mela”, Benipal stated.

Along with the couple, members of Jassar’s organization have also allegedly been harassing and threatening their friends. Kaur stated that one of her friends received a call from an international student who threatened to cut Kaur to pieces. “We will be 300-400 people, some are coming from Melbourne to beat the shit out of you. Our group is bringing a mike and a speaker, we will capture the stage, and anyone who tries to stop us will know who we are”, her friend was told on call.

A complaint has been filed with the Australian police by the couple who have demanded police authorities take action against Jassar’s group. They have also arranged for private security in view of the threat.

As per Thakur’s statement, a person named Gurshiminder Singh Mintu Brar is said to have called him threatening Hindu-Sikh riots if they went ahead with the fair. He also reportedly said that all three gurudwaras in Adelaide and some Melbourne Sikh groups were ready to disrupt the fair. However, two of the three Adelaide Gurudwaras are said to have denied communicating with Brar. Brar also denied the allegations while adding that he was only trying to mediate between both sides.

In the meanwhile, the couple has received support from Australian Sikh leaders. Sikh leader and member of the Sikh Society of South Australia, Amrik Singh Thandi stated that none could lay claim to the festival of Vaisakhi as belonging to them alone. Similarly, Allenby Garden Gurudwara’s President Mahavir Singh Grewal said that everyone dances at the Vaisakhi festival in Bharat and no one should object to the same in Australia.

“South Australia Police is aware of the upcoming Vaisakhi Mela festival. As with other community events, SAPOL works with organisers and conducts assessments to identify the level of police presence required. These assessments are conducted in the lead up to and during the event”, read the statement issued by the police.