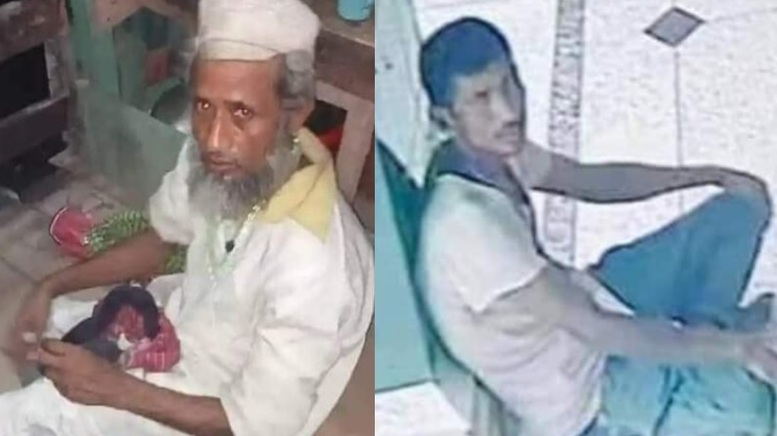 Even after multiple organized attacks on the Hindus of Bangladesh on false accusations of blasphemy, Islamists of the country are continually attempting to stir more communal violence in the Islamic nation.

A well-sketched template they use to evoke violence against the minorities is to place a copy of the Quran in a Hindu temple and accuse the Hindus of blasphemy. Two such incidents were reported in Bangladesh in April 2022. The Hindus, however, who have become warier and stay vigilant of such acts, were able to avert two possible attacks by Islamists this month.

The first incident is from the Ishwar Pathshala area of the Comilla district in Bangladesh. On the night of April 17, a Muslim man identified himself as a Hindu man and visited a local temple in the area. He was also carrying a packet in his hand. He tried to place the packet at the corner of the temple stealthily. But the devotees present in the temple caught him right in the middle of his act; they stopped him and called the police.

The police reached the site immediately and arrested the man. During the interrogation, he confessed to having entered the temple to place a copy of the Quran. However, the police have not revealed the names of the person who had directed the man to commit this heinous act which could have led to massive communal violence. The temple committee has claimed that the accused who entered the temple is a Muslim.

The incident set the country’s social media platforms and electronic media domain abuzz. Many are terrified thinking of the consequences had the ploy been successful. Many believe that had the accused placed the copy of the Quran in the temple, the minorities of the Islamic nation would have become the target of another wave of communal violence.

On the other hand, the administration maintains uncomfortable silence on the incident. The police have not given any statement or held any press conferences to assure the security of the Hindus living under the threat of communal targeting. The mainstream media of Bangladesh has also stayed indifferent to the matter, observes Hinduvoice.

But what appears to be a good change is how social media platforms have come to play a vital role in such a situation when the entire system of the Islamic nation is showing indifference to their marginalized Hindu citizens. An image of the accused revealing his face surfaced on social media, and the picture went viral instantly.

Though there has been an increase in the awareness among the Hindus about the various ploys employed against them in the country, and people are discussing such threats online, Islamists have not refrained from resorting to these tactics. They are relentless in their attempts to launch an attack under the pretext of blasphemy. Trying to hatch a similar conspiracy, they next targeted the Kali Mandir situated in the Bauphal Upazila of Patuakhali district. On the night of April 28, a Muslim man identified as Idrish Khan entered the temple with something wrapped in a gamchha.

But vigilant Hindus had been taking turns to guard the temple during the night. They sighted Khan entering the temple and caught him when he was placing the gamchha wrap in the temple. They called for more help and informed the police. The accused confessed that he was trying to keep a copy of the Quran in the temple. The police took him into custody after his confession.

Both these cases bear a close resemblance to the organized attacks on the Hindus during Durga Puja last year. Thousands of Hindus became victims of Islamist attacks after a Muslim man named Iqbal Hossain placed a copy of the Islamic religious text in a Durga Puja mandap in Comilla district, triggering countrywide anti-Hindu riots. Though the Hindus have taken up the responsibility of saving their temples from evil Islamist conspiracies, unfortunately, not much has been done by the government to assure security to the Bangladeshi Hindus.