Hindu and Māori communities come together at Apumoana Marae Hindu Youth New Zealand (HYNZ) and New Zealand Hindu Students Forum (NZHSF), divisions of Hindu Council of New Zealand (HCNZ), hosted a unique Marae Stay at Apumoana Marae, Rotorua. For many participants, it was the first time they experienced the traditional pōwhiri, being welcomed onto and staying at a marae while understanding the importance of tangata whenua (people of the land).

Hindu Council of New Zealand has been serving New Zealand for the last 25 years. This occasion of connecting with tangata whenua and the pōwhiri was an auspicious start to the inauguration of its Silver Jubilee Celebrations. To recognise that we stand here because of people before us and we will stand together for generations to come, blessings of the kaumatua was sought. As part of the Silver Jubilee year celebrations, HCNZ has selected the most popular events from the previous years and is repeating some of the unique and successful workshops. Workshops on Rangoli (Ancient Indian Arts) and Mehndi Moko are examples of such events. HCNZ had successfully organised a Rangoli workshop in 2007 at the Apumoana Marae and the first Mehndi Moko workshop in 2010 at Te Papaiouru Marae, Ohinemutu Village. That was possibly the very first time in New Zealand that art forms (Mehndi and Ta Moko) of two cultures were brought together and given birth to a new phrase – Mehndi Moko. 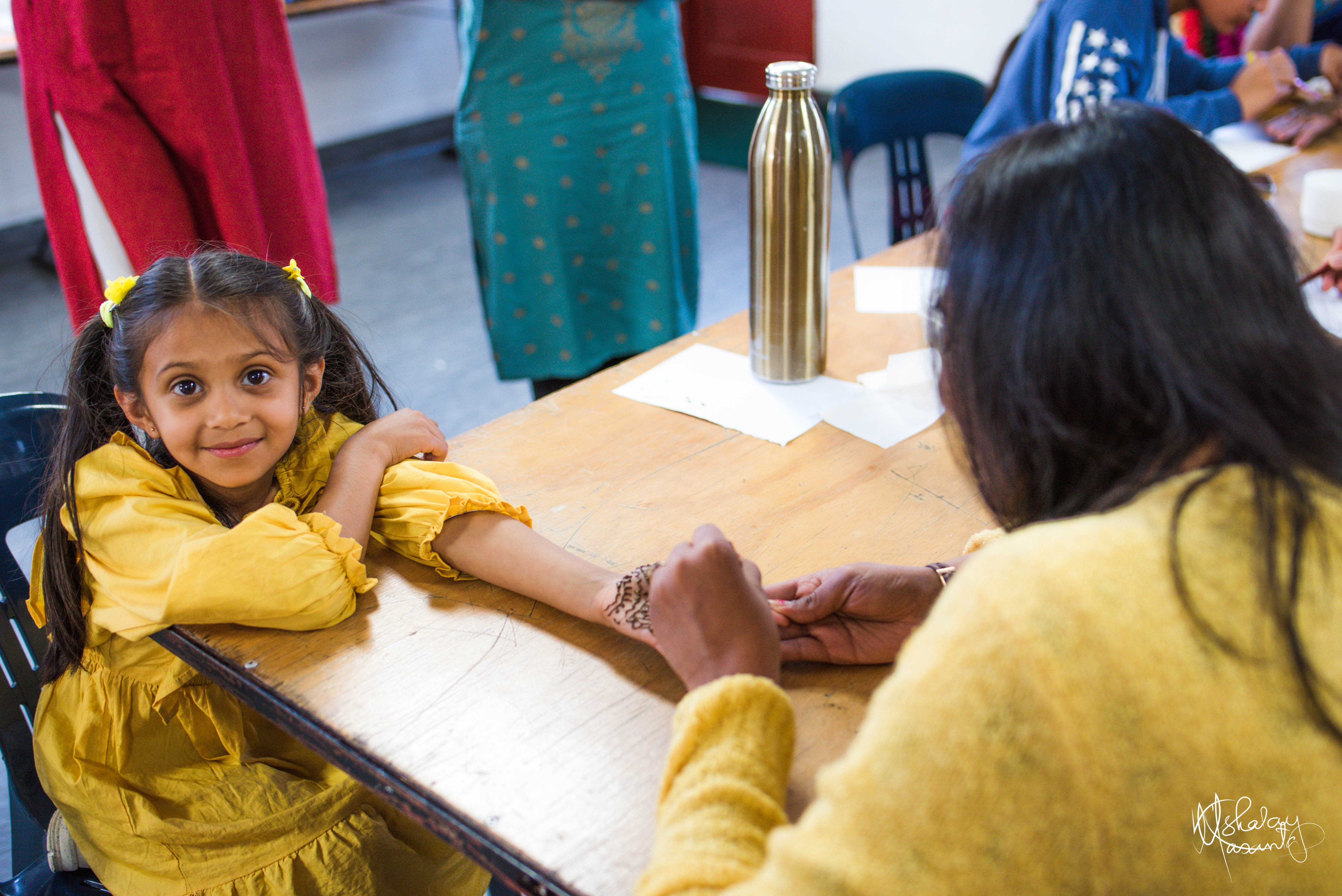 This year, the Rangoli workshop was conducted by experienced tutor, Shweta Modak from Hamilton. She explained the steps involved in making Rangoli using various materials such as flower petals, sand, coloured powder, coloured rice and food grains. The participants were then given an opportunity to create their own design and make their own Rangoli. These Rangolis were then exhibited for the day for everybody to see and admire.

The Mehndi workshop was conducted by Risha Sapaliga, Macleans College student from Auckland. Two prizes for each workshop were distributed to winners from two age groups. More than 80 people participated in these workshops and it was good to see so much enthusiasm among the young people and children. We are thankful to Rotorua Civic Arts Trust for their generous financial support for Rangoli workshop and Creative Communities NZ Scheme for Mehndi Moko workshop.

“Staying at the marae is always a humbling experience,” said Nitika Sharma, Joint General Secretary, Hindu Council of New Zealand. “Being around so much history, culture and understanding the connections has brought a newfound appreciation for the unique gems we have in New Zealand. I used to do these marae stays with HCNZ as a volunteer before going to live overseas. Now that I am back and got to do this again, it really drove home how blessed we are in NZ to have strong connections to the land.”

A fun Dharma Quiz was organised by New Zealand Hindu Students Forum to not only give everyone an opportunity to connect with one another, but to support learning about Hindu-Maori similarities, the cultures and both communities. This was organised by Srushti Kapadia, President, NZHSF AUT Chapter and Roshni Surti, Executive Member, HYNZ. Not only youth, but parents were highly engaged with questions ranging from Hindu Dharma to music, classical dances, sports and New Zealand.

For guests staying at the Marae, a yoga session was conducted on the first morning by a renowned yoga teacher and coordinator for Yogathon NZ, Ajay Agrahari. A walk through the Redwood Forest as a team building exercise was also a key feature of the stay.  The participants thoroughly enjoyed the experience. As our tradition, the Marae area was cleaned by volunteers before leaving for their homes.

This programme not only provided an opportunity for people with interest in art to come together and learn the wonderful ancient Indian art, but also brought people from different towns (Rotorua inclusive) to come and stay together in a Marae and experience the Maori culture, and make new friends.

Since the early 2000’s, the Hindu Council of New Zealand used to annually host these Marae Stays with the welcome of the Māori community and the blessings of Kaumatua and Hindu elders. These marae stays served as an opportunity for the Hindu community in New Zealand to connect with tangata whenua, experience staying at a traditional marae and learn about the numerous similarities between the Hindu and Māori communities, be it socially, culturally, or spiritually.

“For the first time, the youth divisions of Hindu Council of New Zealand, HYNZ and NZHSF, organised a Marae Stay, to facilitate the meeting of like-minded individuals/families and give an opportunity for participants to witness the coming together of Hindu and Māori culture” said Murali Krishna Magesan, President of Hindu Youth New Zealand and Marae Stay coordinator. “Following this successful program, in the future, the annual event of the Marae Stay will be organised by Hindu Youth”.

The family-friendly Marae Stay was packed with interactive and hands-on sessions, visits to local tourist/nature sites, and fun activities suitable for all age groups. Many have already requested for similar Marae Stays to be organised in various parts of New Zealand.

(This press release was provided by Hindu Youth New Zealand)