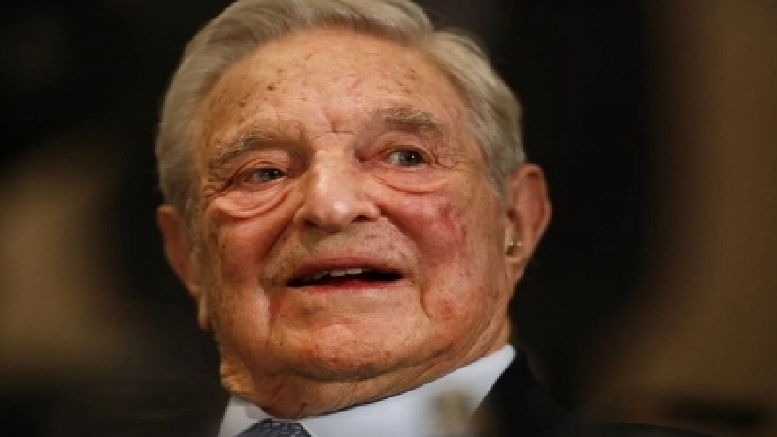 Controversial global financier George Soros has jumped in the fray, slamming Russias military invasion of Ukraine and exhorting the world to stand by Kiev.

In a blog posting, Soros, known for his backing of colour revolutions and running his controversial network of Open Society Institutes praised Ukrainians for bravely standing “on the frontline and risking their lives” against the Russian onslaught.

Soros, incidentally, was a key supporter of the 2014 Maidan Square “revolution” in Ukraine, which toppled the elected government of Viktor Fedorovych Yanukovych. Following the “regime change” in Ukraine, Russia annexed Crimea, which not only had a majority ethnic Russian population but more importantly, Sevastopol–the Russian naval base that provided critical access to the Black Sea. With a hostile pro-western government implanted in Ukraine-a pivotal state-it was plain to Moscow that a militarised Kiev would pose a serious security threat to its western flank.

Without referring to the bigger and deeper geopolitical tussle over Ukraine between Russia and the West, Soros wrote in his blog in 2014 that, “In order for Ukrainians to realize that future, the spirit of the Maidan must be preserved. They will need international support… And my foundation is working with experts in Ukraine to create a strategy for keeping the spirit of the Maidan alive.”

It is evident that the Russian invasion of Ukraine is a sequel to the Maidan square uprising. Moscow wants to achieve two clear strategic objectives, which have their roots in the 2014 events. First, having secured Sevastopol base in Crimea, the Russians want to create a pro-Russian buffer zone through Donetsk and Luhansk-territories, which also have majority ethnic Russian populations, to limit the west’s geopolitical reach towards their borders. Second, Russian President Vladimir wants to achieve a more ambitious goal-of engineering a reverse “regime change,” by installing a pro-Moscow government in Kiev that shuns NATO. Putin’s remarks that he wants to “de-Nazify” Ukraine spotlights his goal of toppling the existing government, and replacing it with a Russia-friendly one. Moscow has maintained since 2014 that neo-Nazis have taken over Kiev following the success of the Maidan Square uprising.

In his latest blog Soros inadvertently compares the Ukrainian resistance to the “siege of Budapest in 1944”. In doing so he has equated the leadership in Kiev to the Nazis, for it was the Soviet Red Army, then an ally of the west, which had besieged the Nazis in Budapest, a year before World War II ended.

Soros adds: “It is important that both the transatlantic alliance (the United States, Canada, the European Union, and the United Kingdom) but also other nations do whatever is in their power to support Ukraine in its time of existential threat. Putin’s actions are a direct attack on the sovereignty of all States that were once in the Soviet Union, and beyond.”

Speaking at the World Economic Forum in Davos in 2020, Soros said that “Nationalism, far from being reversed, made further headway”. He added that the biggest and “most frightening setback” was in India, where he accused PM Modi of “creating a Hindu nationalist state.”

“…A democratically elected Narendra Modi is creating a Hindu nationalist state, imposing punitive measures on Kashmir, a semi-autonomous Muslim region, and threatening to deprive millions of Muslims of their citizenship,” the Hungarian-born billionaire had said. He had slammed Trump at the forum as a “conman and the ultimate narcissist”.