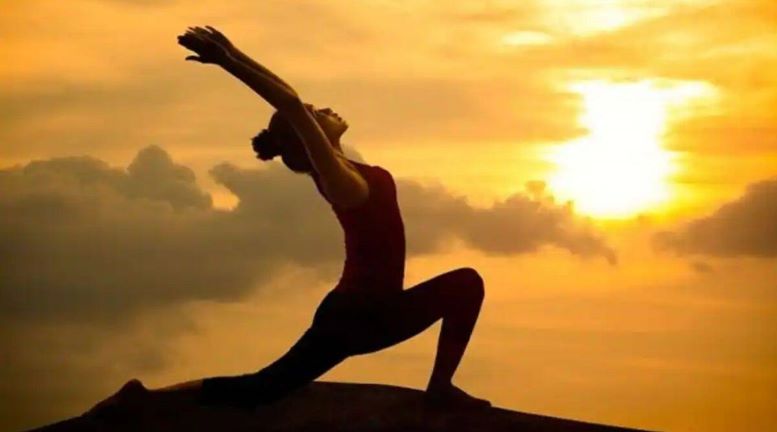 Ancient Hindu knowledge has often been appropriated by the west and the latest instance is that of importance given to the sun and its energy in our civilization. Suryadev is said to be the giver of life and has great significance in Hindu Dharma. However, a section of the Bharatiya society has always sought ‘western approval’ for its traditional knowledge.

Surya Namaskar has been a part of the Yog system and practised for centuries by our ancestors. They were aware of the health benefits of sunlight. The Huberman Lab has simply repackaged what we have known for centuries.

The American Lab is not the first one to indulge in such appropriation. The west regularly uses such tactics to present ancient Bharatiya wisdom as ‘scientific discovery’. The Scientific American came up with the nomenclature ‘cardiac coherence breathing’  for Pranayama and described it as a technique which will help control heartbeat and reduce anxiety.

Scientific American neuroscientist has found Sanskrit, the language of the Vedas, to improve brain functioning. “But the authors say that they couldn’t really establish a connection that was exclusive to Sanskrit. Although this initial research … could not directly address the Sanskrit effect question… we found something specific about intensive verbal memory training, Hartzell concluded in the article”, reports The Print.

The situation is no different with traditional home treatments known to Hindus. Haldi dhoodh is repackaged and sold as a turmeric latte. Hindus have known the benefits of honey in curing before experts from Oxford University’s Medical School and Nuffield Department of Primary Care Health Sciences discovered its medical benefits.

“It is alarming how much we have allowed the West’s confusion or conceitedness to undermine our ancient wisdom, lost confidence to research and build on it, eventually allowing its vast appropriation”, writes Abhijit Majumder.

The liberal cabal seeks scientific and western validation for everything Hindus have known for centuries. Ghee, turmeric, moringa, yoga, coconut oil, etc are all part of traditional Hindu wisdom now being sold by the west as ‘scientific discoveries’. The attempts to whitewash and undermine our ancient knowledge by the west are a lesson for the followers of Dharmic faiths to stay rooted in our culture.