The Danish Siddiqui case – do Islamists in Bharat live in a make-believe world? 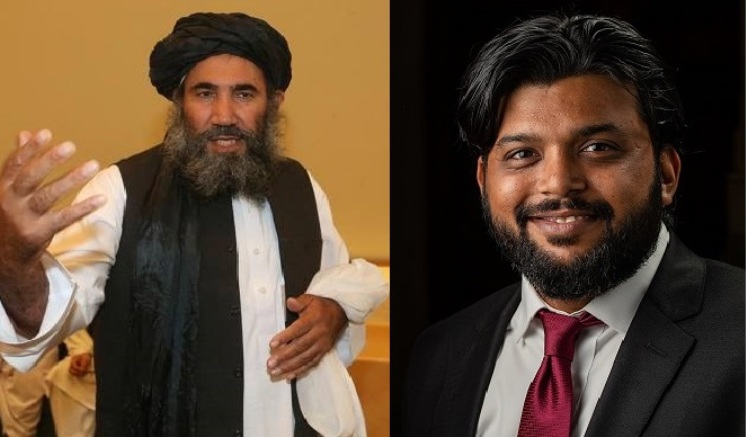 Photographer Danish Siddiqui was killed while covering the conflict between the Taliban and the Afghan National Army. As expected, the usual suspects sprung into ‘whitewash mode’ claiming that Danish died in the crossfire. An attempt to whitewash the brutality of Islamists is one of the ongoing functions of this group of pro-Islamism peddlers, of which ironically Danish himself was a part.

Now that the true and gory details of Danish’s killing have emerged, there is of course a radio silence from the propaganda peddlers. It is now revealed that the Taliban captured Danish. They ascertained his identity and killed him while in captivity. They beat him on the head after which they shot him multiple times. As if this was not enough, his body was mutilated by running a vehicle over it. The above report states that Taliban is known to be cruel but with Danish, they ‘…likely took their cruelty to a new level because Siddiqui was Indian.’

Danish is a product of Bharat’s fake secularism which has nurtured a breed of ‘journalists’ who espouse the Islamist cause while enjoying all the perks and benefits of living in a Hindu majority democratic, secular (read pro-minority) nation with the right to free speech where Hindu tolerance keeps them safe from ending up like Kamlesh Tiwari (killed by Islamists for alleged blasphemy against Islam). These ‘journalists’ use their free-speech rights to engage in a relentless anti-Hindu, anti-Bharat tirade as a part of their Islamist propaganda.

Ironically, while they remain safe and enjoy freedom and a good lifestyle, they paint a dismal picture of  Bharat, as a nation that ‘stifles free speech and oppresses minorities’. What they never mention is that after the religious partition, Bharat legitimately should have become a Hindu Rashtra, i.e. a state where Hindu Dharma and other Dharmic traditions are accorded preferred status like 83 countries in the world have done for their majority religions, but some deracinated and mentally colonized leaders at the time chose not to become one.

Instead, many Muslims stayed back and the Muslim population increased several fold. Conversely, the portions handed over to Muslims – Pakistan and Bangladesh – have systematically ethnically cleansed out the Hindus from their land.

Overlooking these facts, the propaganda spewing journalists proceed with their fake minority-oppression theories. If Bharat was oppressing its minorities would it allow such pro-Islamism ‘journalists’ to have articles published in anti-Bharat publications in Bharat and abroad without taking any action? Would such personalities be able to remain safe in Bharat? Moreover, these propaganda peddlers also tweet anti-Modi, anti-Bharat, and anti-Hindu content on a daily basis and spew poison against the ruling BJP party and the RSS. They make false allegations against the BJP government and even get away with the falsehoods without any action taken against them.

Some pro-Islamism ‘journalists’ are from the Muslim faith. This group needs special mention because the end goal of Islamism is to establish Sharia-compliant countries. However, having lived as citizens of Bharat, they would never be comfortable following Sharia rules and regulations. As citizens of Bharat, they move in upscale circles, whiz around the world freely, are free to eat and drink what they want, dress in western outfits, and enjoy all the benefits of living in a non-Sharia-compliant democratic nation. The women in particular enjoy freedoms that Sharia would never allow them. They do not wear the hijab or conform with many of the misogynistic rules of Sharia.

But it’s a win-win situation for them in many ways since they get to perform their ‘holy duty’ of promoting Islamism by defeating ‘infidel’ Bharat and also get  an opportunity to become well-paid celebrities who are promoted by the left and fake liberal ecosystem worldwide. The irony is that while never uttering a single word against Islam, Sharia, and Islamist nations, they get to be called ‘liberals’! They land jobs and assignments with international agencies such as the Reuters, BBC, and the Washington Post and receive high remuneration.

The late Danish Siddiqui was just one such closet Islamist. After his murder by the Taliban, content showing his Islamist narrative on the Kashmir issue came to the fore and confirmed his bigotry. There are many other similar personalities that Bharat has: Rana Ayyub, Arfa Khanum, Saba Naqvi, to name a few.

The question to be asked is, what made Danish believe he could go to Afghanistan and be safe from the Taliban? Like others of his ilk, he had never condemned the Taliban. In fact, some old social media posts of his show him almost lauding the Taliban. His co-religionists like Rana, Arfa, and Saba have also never been seen critiquing Islamism and Islamist terror groups unambiguously.

It is easy to promote the Islamist narrative in order to wage a propaganda war against Bharat in a tolerant Hindu majority environment. As a result, many of these high-profile celebrity ‘journalists’ have lived very pampered, guarded, and safe lives as citizens of democratic Bharat. They probably do not even grasp the cruelty and brutality that accompanies Islamism and remain blissfully unaware of the goriness involved in continuously waging a jihad against infidels through the use of terror.

Secondly, being Muslims and working for the cause of Islamism, they believe that they are a part of the Ummah that would keep them safe around fellow Islamists. Real life experiences show that this isn’t true. Muslims in Saudi Arabia are known to label non-Arab Muslims as ‘not true Muslims’ and treat them with contempt. There is in fact a hierarchy in which many Arab Muslims consider themselves to be the topmost. Terror groups like ISIS and Taliban are also a part of such supremacist thought processes where Muslims from certain countries and those belonging to certain sects are not considered ‘true Muslims’ or not ‘Muslim enough’ and therefore treated equivalent to other ‘infidels’.

Danish’s gruesome killing has once again revealed the true face of Islamism. Will Danish’s gory end be a lesson for others of his ilk who live in Bharat? Will they reconsider promoting the cause they are promoting? Will all these personalities be able to live in a Sharia-compliant country?

Already, there are stories of how women living in Taliban captured areas are not allowed to leave their homes without males, how they must conform to wearing hijab, and how breaking any rules set by the Taliban can end up in severe punishment including public flogging and even death!  One cannot picture the Rana, Saba, Arfa kinds being able to conform to such a Sharia-compliant lifestyle.

This is why one wonders why they choose to promote Islamist narrative when they know that Sharia compliance is not their cup of tea. Most likely, it is their contempt for the Dharmic ‘idol-worshipping’ culture of Bharat and their innate belief in Islamic supremacism that drives them to wage intellectual war against the very nation that houses them, consequences be damned.