Terror recruiter Salim was a regular to Pakistan, to be arrested soon by NIA 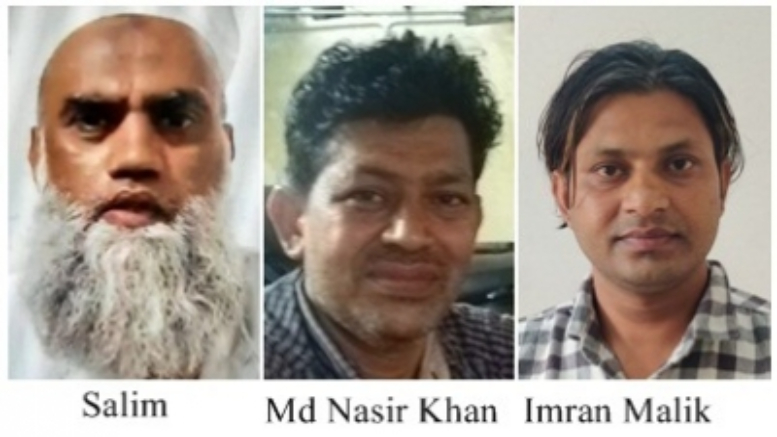 Widening its probe into the June 17 explosion at Bihar’s Darbhanga railway station, the National Investigation Agency (NIA) is all set to make several more arrests from Uttar Pradesh’s Shamli, including one Salim, who apparently recruited brothers Mohammad Nasir Khan and Imran Malik for Lashkar-e-Taiba (LeT) and who are now in custody.

NIA sources related to the probe told IANS that several people from Shamli are on the list of suspects of the anti-terror probe agency as their links with the banned terror outfit Lashkar-e-Taiba (LeT) has been found.

The source said that the agency has identified several people for being involved in the conspiracy. It also said that one of the suspects has been identified as Salim, who had recruited Khan and Malik.

Salim had also paid Rs 1.6 lakh to both the accused, who had made the bomb and planted it in the train from Secunderabad to Darbhanga. “Salim had visited Pakistan on a number of occasions,” the source said, adding that the agency will also probe the hawala transaction dealings between the LeT handlers based in Pakistan and their members in Bharat.

The source revealed that Salim has been questioned by the team of Intelligence Bureau and several other agencies. “If Salim’s role is established, he will be arrested soon,” the source said.

The NIA on June 30 arrested Khan and Malik from Hyderabad for their role in the blast. The NIA had recovered incriminating materials and multiple digital devices during the searches conducted at the premises of two arrested LeT terrorists.

An NIA official said that the items recovered from the premises of these two people contained various documents pertaining to the procedure for fabrication of IEDs and materials used for making of IEDs.

Another source related to probe said that the Khan was the person who made the liquid bomb used in the explosion at the Darbhanga railway station.

The NIA has claimed that Khan had travelled to Pakistan in 2012 and had received training from Lashkar handlers on manufacturing of IED from locally available chemicals.

Khan was in constant touch with his handlers in Pakistan, the source said.

A case was registered in Bihar’s Muzaffarpur on June 17. The NIA had taken over the probe on June 24.

The agency had said on Wednesday that preliminary investigation has revealed a trans-national conspiracy hatched by top operatives of the proscribed terror outfit LeT to execute terror acts across Bharat and cause large scale damage to life and property.

The NIA had said that acting under the directions of Pakistan-based handlers of Lashkar, Khan and Malik had fabricated an incendiary IED and packed it in a parcel of cloth and booked the same in a long-distance train from Secunderabad to Darbhanga.

The anti-terror probe agency also pointed out that this was aimed at causing explosion and fire in a “running passenger train”, resulting in huge loss of lives and property.