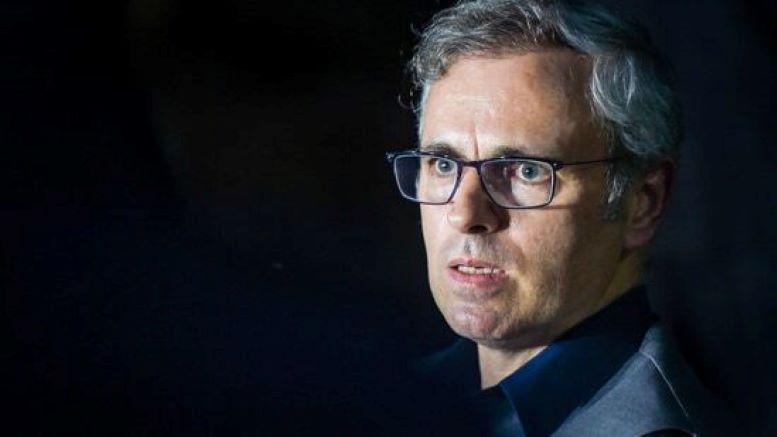 The system changed after a dreaded Pakistani terrorist of the Lashkar-e-Tayyaba, Naveed Jhat, escaped from custody at the crowded Shree Maharaja Hari Singh (SMHS) Hospital in Srinagar on 6 February 2018. Involved in several attacks on security forces and some killings of civilians and Policemen, Jhat had been arrested in south Kashmir’s Kulgam district in June 2014.

As per a routine those days, a doctor at Srinagar Central Jail referred Jhat to SMHS Hospital for a medical examination after he complained of pain. Two Policemen armed with rifles escorted a handcuffed Jhat to SMHS Hospital. Jhat’s militant colleagues had made a meticulous plan of his escape. Managing his reference to the hospital was a part of the plan, sources privy to the NIA investigation have disclosed to India Narrative.

While walking through corridors of the crowded hospital, Jhat’s militant colleagues handed over to him a loaded pistol. In seconds, Jhat gunned down both the escort personnel and escaped in handcuffs with the pistol. According to some officials, Jhat also clicked photographs of the river Jhelum from a bridge. He and his associates drove straight to Pulwama, without being intercepted or questioned by any Police or CRPF barrier. They enjoyed a wazwan at their fixed destination in Pulwama before shifting to other hideouts.

Later, Jhat appeared in videos on Khannabal-Pahalgam road. He was believed to be responsible for a number of killings. Some Police officials suspect Jhat among the three suspected terrorists on a motorcycle as captured by CCTV cameras after the senior journalist Shujaat Bukhari’s broad assassination at the Press Enclave in Srinagar on 14 June 2018.

Even as the PDP-BJP coalition was still in place, the prison authorities came under pressure from several quarters after Jhat’s dramatic escape at SMHS Hospital. Within weeks, for the first time since 1990, all the high-profile separatists and detained terrorists were transferred from Srinagar to different jails in Jammu and outside the State.

According to some insiders, there was remarkable counter-pressure from some separatist groups through a ruling party to block the shifting of Massarat Alam Bhat and Ashiq Hussain Faktoo but the State Home Department and the Prison authorities put their foot down.

Bhat was arrested after four months of labour by Srinagar District Police through a summer of street turbulence in 2010. Mufti Mohammad Sayeed released him immediately after taking over as Chief Minister in 2015. He was, however, re-arrested under BJP’s pressure after he organised massive pro-Pakistan demonstrations in Srinagar and Tral. Faktoo, the former chief of Jamiatul Mujahideen, is serving a life term over his conviction which was pronounced by a trial court and upheld by the Supreme Court.

Srinagar Central Jail was the most comfortable — and thus the most sought — jail for all ‘commanders’ and high-profile militants and separatist. For over two decades, it was the “ameer-e-zindaan”, the most influential detainee, who would decide which detainees and convicts had to be lodged at that jail.

“On papers such decisions were taken by the Home Department, headed by Home Minister or Chief Minister, but practically only the writ of ameer-e-zindaan would run there. I am witness to a number of the militants and separatists whose lodgement at Srinagar Central Jail had been decided by the Home Department but they were repeatedly sent back as the ameer-e-zindaan considered them anti-movement. A number of the counterinsurgents detained for different crimes and referred to Srinagar Central Jail were openly thrashed by the hardcore militants. They even suffered injuries and fractures. All the detainees not acceptable to ameer-e-zindaan were taken out and lodged in other jails,” said a former militant.

Another former militant, who was in Srinagar Central Jail for about two years, revealed that a particular pro-Pakistan organisation used to conduct essay competitions and other examinations over the jihadist teachings of certain radical ideologues inside the jail regularly for many years before 2010. “There used to be prize distribution functions which were, among others, also attended by the jail superintendents. I was chosen as stage secretary for one of such functions. Those days jails were the real breeding centres for the militants,” he said.

Even after the practice of prize distribution among the most radicalised militants stopped around 2010, mobile phones with multiple SIM cards continued to sneak into the barracks particularly at Srinagar Central Jail and Baramulla District Jail. From 2010 to 2020,

Police conducted at least seven search operations and seized a number of smartphones and SIM cards which had remained in use by some militants including foreigners.

Previously in one such raid on Jammu’s Kot Bhalwal Jail, when the high-profile terrorists like Maulana Masood Azhar and Mushtaq Zargar aka Latram were also lodged there, Police found the detainees sleeping on wood-carved beds and mattresses with TV sets in their rooms. Some even had poultries and kitchen gardens. The raid was conducted after some militants thrashed a doctor inside a barrack. Subsequently all these luxuries were removed and disallowed.

Now, the Union Territory government has received the Centre’s approval and funds for the construction of a high security jail for all the detainees and prisoners booked under terrorism and sedition-related matters in Jammu’s Kathua district.

During Omar Abdullah’s government, senior separatist leader Asiya Andrabi, who complained of joint pain at Srinagar Central Jail, was shifted to a VIP room normally reserved for top Ministers and bureaucrats at Sher-e-Kashmir Institute of Medical Sciences. When the doctors refused to recommend her admission, the then Director himself ordered it. Interestingly the Director’s security guards pushed a cabinet minister (whose mother was admitted in another VIP room) to clear their officer’s way to Andrabi’s VIP room.