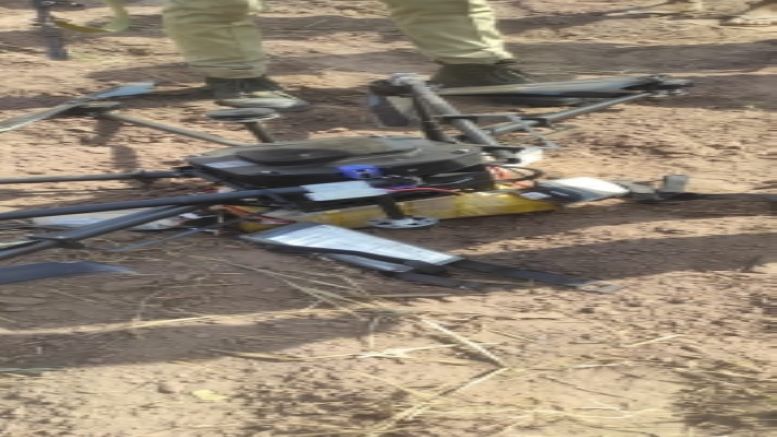 A drone with a payload attached to it was shot down in the Kathua district of Jammu, officials said on Sunday.

The police said in a tweet, “On the basis of drone activity observed in the area of Talli Hariya chak under police station Rajbag in district Kathua, early morning search party of police was being regularly sent in the general area.

“Today early morning, the search party observed a North Korea drone coming from the border side and fired at it. The drone was shot down. It had a payload attachment with it which is being screened by the bomb disposal experts.”

There have been several instances of weapon dropping by drones from Pakistan near the International Border in Jammu for terrorists operating in Jammu and Kashmir.

Security forces have recovered several weapon caches and foiled the designs of terrorists and their handlers across the border.