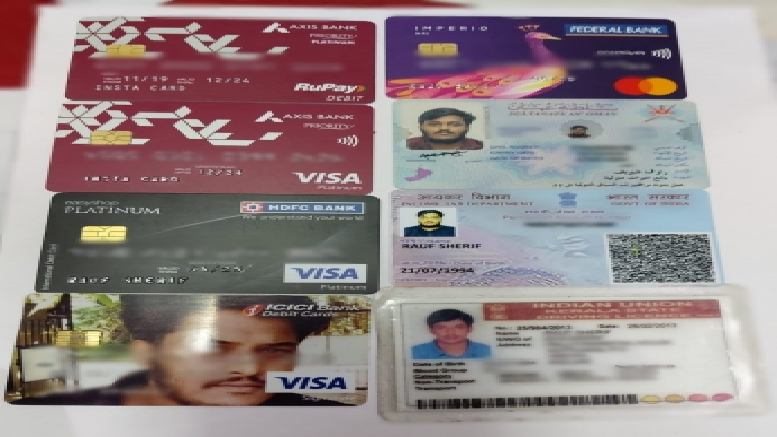 Campus Front of India (CFI) national general secretary K.A. Rauf Sherif was using two SIM cards, which were not registered on his name, the Enforcement Directorate (ED) has claimed in its charge sheet.

The ED has filed its first charge sheet against five office bearers of the Popular Front of India (PFI) and its student wing, the CFI, including Sherif in connection with its money laundering probe in February this year.

The ED charge sheet which has been viewed by IANS claims that Sherif used two mobile numbers. “But none of them were registered on his name,” it alleged.

The ED said that Sherif gave 79072***92 mobile number to banks for operating all his bank accounts, Income Tax returns and his accounts of googlepay etc.

When ED enquired Sherif why he used 79072***92 mobile number when he did not know in whose name it was subscribed, the CFI leader stated that since he took this SIM in 2017 so he did not “exactly” remember.

The ED also showed Sherif the customer application form for mobile number 79072***92 as per which the customer name was Richu Raju and not Midhun Ali, he stated that he did not exactly remember but it was possible that Richu Raju was his brother Salman’s friend residing as neighbour in Anchal, Alencherry where they resided earlier.

Sherif was arrested by ED on December 12, last year, when he was trying to flee to Oman.

The ED case was primarily registered in 2018 taking the 2013 Narath PFI armed training case as the predicate offence. Later, the case registered by the UP Police against Siddique Kappan and three others last year was included as part of the money laundering case against PFI.

Earlier, the National Investigation Agency (NIA) which probed the Narath arms training camp case against the members of the PFI and their political outfit Socialist Democratic Party of India (SDPI) in Kerala, in its charge sheet had also mentioned the usage of the SIM cards issued on the names of other individuals and funding from foreign countries.

The NIA investigation had pointed out the possibility of Narath camp organisers having links with terrorist groups like Indian Mujahideen.

Furthermore, multiple reports suggest that between 2010 to 2013, the Kerala Police seized several country-made bombs, weapons, CDs and several documents containing Taliban and Al Qaeda propaganda from PFI activists in a series of searches.

PFI was also accused of chopping off a college professor’s hand because he set a question in a paper that was ‘disrespectful’ to prophet Muhammad.

In a twist to the Kerala gold smuggling case in which the state Chief Minister’s office is in the dock, the NIA has found links of PFI in the case with the arrest of Muhammad Ali Ebrahim and Muhammad Ali.

NIA investigators suspect that the PFI now has units in 22 states across the country.