Give
HinduPost is the voice of Hindus. Support us. Protect Dharma
GIVE
16.6 C
Varanasi

Lessons tumbling out of the ‘Bois Locker Room’ 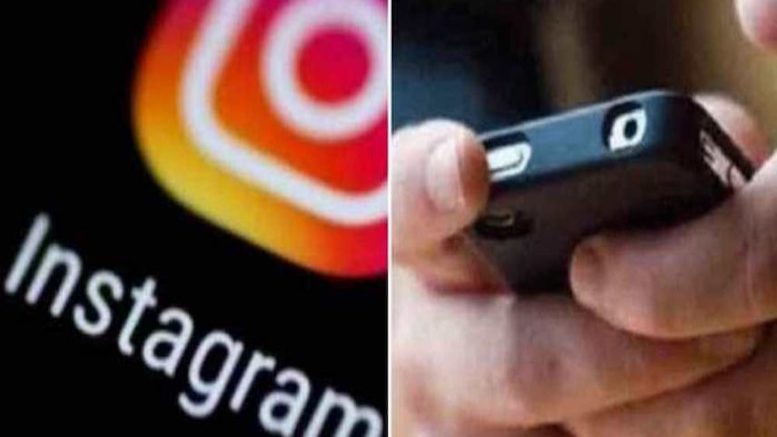 There is a popular joke about a man whose pubescent ambition was to be a sex maniac, but he flunked his practical. Many city-bred teenagers fed on a regular diet of western films, TV, and access to an ever-expanding internet fantasize on their prowess. Luring them to links with explicit content on their smart phones, tablets, and computers is easy enough. Boys, as they say, will be boys.

Barring a few exchanges emanating from a sick mind, there is unfortunately nothing wholly shocking about the predatory intentions of the fifty odd teenaged male mates of a Delhi-based Instagram group called ‘Bois Locker Room’ which reveled in exchanging pornographic messages and sharing photos of female classmates and others, both original and morphed. Even a casual probe would reveal the existence of several stag groups on social media platforms sans the suggestive moniker.

But why blame teenagers alone of the obsession? Adults cannot rid themselves of the hang-up till well into old age. Carnal longings are a prominent item on the plate of many school alumni groups of sexagenarians. Enough to make you puke with disgust. The spirit is willing even as the body wilts.  Bragging of conquests is as much an adult fixation as teenagers’ delight. Madhya Pradesh recently went through a “honeytrap” scandal involving senior bureaucrats, legislators, and many others. Risk of exposure did not deter the ageing bimbos from venturing forth. So sexually starved were they.

Let us therefore not delude ourselves with pretensions of purity. The stiffest upper lip or the nose altogether in the air can be grounded in a moment of weakness. Desire has battered to dust the stoutest human castles of resistance.  Lust maddened Mussolini drove hundreds of kilometers in the midst of war to lay his mistress, Claretta Petacci. America’s bigtime philandering president, John F Kennedy, confided to British prime minister Harold Macmillan that he got a terrible headache if he didn’t have a woman for three days. Hundreds of saints have confessed being ensnared by temptation. St Paul counselled his disciples: “It is better to marry than to burn”. The celebrated journalist and satirist, Malcolm Muggeridge, observed decades ago that the orgasm has replaced the Cross as the focus of longing and image of fulfilment.

Sex and thoughts on it begin devouring the mind from an early age. Attitudes on the life-giving activity affects the evolution of our minds. The fault lines of our disposition towards women can be traced to the pre-teenage years when puberty begins to play games with the body. This is where the relevance of episodes like ‘Bois locker room” kicks in. The problem is not the interest in matters sexual, or the longing to break the ice, but extent to which one is ready to go to achieve that objective.

Home is where it all begins. Parental conduct often sets the trend. A home where the father is an alcoholic or wife beater or both is more likely to throw up a rapist or sexual pervert. Ditto a young mother with a roving eye. Reluctance of parents even in cultured homes to explain the realities of existence to children often sets them on the wrong path. Discussion on sexual issues is brushed under the carpet. Our middle class still frowns upon open camaraderie with girls. There is an invisible wall which exists. Rare is the home where a boy can bring home a skirted friend just as normally as a male buddy without inviting comment. With the result that most boys grow up to look upon women as the “other sex” – objects of sexual gratification.

Absence of a sound spiritual foundation is the single biggest reason behind the growing number of sexual deviants among males. Spiritual awareness begets self-control. Meditation is a powerful tool of restraint. Quite apart from helping keep your trousers firmly zipped, it also diffuses the craving for material wealth. Which is not to suggest that suppressing or repressing a cardinal human urge is any the more desirable. A repressed being is capable of committing crimes like the revolting Nirbhaya rape.

Inculcating good sanskaar in children ensures that their baser instincts never trump their higher nature. Teenagers even in the most educated families need to be told that sex has an intimate connect with love. And that confining its function to procreation or pleasure is a serious mistake. That a few minutes of rapture can have a deep effect on emotional sensibilities needs to be stressed.  A decade old study on the sexual mores of teens in Britain showed that sexually active girls between 14-17 were more likely to suffer from depression than those who did not. Quite apart from facing unforeseen consequences like unwanted pregnancy or sexually transmitted affliction. Even if they managed to come out physically unscathed, the experience was often emotionally damaging. Result: loss of self-esteem, inability to trust men, or get into steady relationships for the rest of their lives.

The hazards of early sex may or may not hold good for boys who by nature are prone to be less sensitive. What is undeniable is that sex demands a certain level of mental and physical maturity before you surrender to it passions.

Not many understood the import of Osho’s words when he stressed the need to transform raw energy like sex into a transcendental experience. He blamed religions for repressing it, the natural outcome of which was obsession. “The more you go into meditation through sex, the less effect sex will have. Meditation will grow from it, and out of the growing meditation a new door will open and sex will wither away. It will not be a sublimation. It will be just like dry leaves falling from a tree. The tree never even knows the leaves are falling. In the same way, you will never even know that the mechanical urge for sex is going.”

Attaining moksha through kaam, however, is beyond the capacity of ordinary mortals. Basic societal restrictions are thus imperative. Sweden, for example, was the world’s most permissive and promiscuous society between 1950-75. It was the country of free love and live-in relationships well before the US acquired a similar reputation. Unwed mothers were as common as the wedded. Sex clubs with “live shows” is a Swedish legacy. Sinning in Stockholm was among the pursuits of the rich. Swedish cinema was among the first to experiment with full frontal nudity. Showcasing the new boldness was Ingmar Bergman’s Summer of Monika (1953).

A saturation point, however, was reached by the mid-1970s when vigilant women groups protested against their objectification. The new stress on family values and moral rectitude earned a coalition berth for the pro-family and pro-religion Christian Democrats in 1991. Prurience and wantonness were no longer seen as measures of sexual freedom. Impediments were placed on the circulation of pornography, sex clubs were banned, and politicians and bureaucrats told to avoid staying in hotels offering free porn on TV. Sweden’s image has undergone a substantial makeover from the 1980s without affecting the overall openness of its society. Only the excesses were defenestrated. Compulsory sex education has over the decades been a key factor in keeping a balance between permissiveness and propriety.

Bharat is much too large and complex to emulate Sweden though curtailing access to pornography is necessary. What is often forgotten is that the land of the timeless Vedas was also the first to openly embrace sexuality without the slightest guilt. Ancient texts like Kama Sutra and surviving artifacts speak of a society with open, healthy relationships where sensuality was integral to happiness. Sex did not conflict with religion. Women were not objectified. The courtesan in ancient Bharat was not a common prostitute. She was well versed in the fine arts and capable of intellectual companionship with the noblest souls.

Muslim and Christian rule changed attitudes. The purdah and the threat of hellfire made put the sleaze into sex. The ‘bois locker room’ is a minor footnote in the long history of our decline and deflowering.

Essence of revival of Hindu Civilization