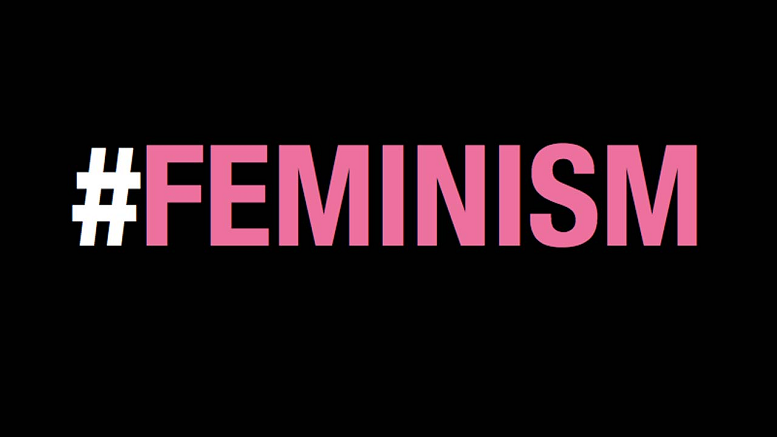 In recent days, I had made many satirical tweets couched in the language of transgender politics and as expected, European feminists descended on my timeline to call me misogynist who was taking away women’s rights. The result was along the expected lines and it was the primary reason why I had made those tweets. Though I had to protect my account for a while because they were acting like crazy, it affirmed what I have been tracking for a year now.

As it’s getting increasingly evident, most of the feminists now a days due to intersectionality principle align themselves with the broader LBGT movement which also include transgender rights. But within the feminist movement, there exists a strand which is extremely critical of patriarchy and toxic masculinity while at the same time, it’s also critical of transgender movement which in their view is a male supremacist movement.

Feminist Current is one such feminist publication based out of Canada which adopts this view. But why are they against the transgender movement? I’ll try to explain their rationale without a critique of their position.

In the classical feminist theory, sex is considered to be biological and innate while gender is assumed to be a social construction based on the sex. As sex is biological, the expression of womanhood and the associated developments are also biological. In this framework, feminists advocated for women being proud of their womanhood and more aware about their distinction from men.

At the same time, gender roles by the virtue of being patriarchal products were something to be shunned and eliminated. But, this didn’t mean that women had to give up things such as motherhood which is essential to women alone but they were encouraged to embrace and celebrate this distinction.

In the transgender movement, the basic premise of feminist understanding of sex has been demolished. It assumes that sex is a social construction while gender is innate to the body but not necessarily biological. Gender is more to do with feeling than biology. In this framework, as sex is not biological, transgender movement argues that one doesn’t need to be born as woman to be referred as woman.

This is the reason behind the campaign for letting men who have transitioned into women to allow in women’s sports, change of language such as renaming mother to birthing parent, letting them into women’s washrooms etc. The kind of feminists whom I’ve described in the above paragraph are extremely critical of such attempts.

According to these feminists, transgender movement is a male supremacist movement which seeks to snatch away the rights which women have received as a result of their prolonged struggle. Heather Brunskell-Evans who is a feminist ideologue of this class argues in her book ‘Transgender Body Politics’ that ‘transgender movement is a regressive men’s rights movement’ under the guise of liberalism. They believe that the men who transition into women by undergoing surgeries are not necessarily women yet they ask for all those rights which women have due to their struggle.

Not only that, by arguing that getting pregnant or giving birth is not limited to women alone, they’re eroding the most basic aspect of womanhood.

In Feminist Current, an article was recently published in which the author Brenda Brooks argued that due to transgender movement, there existed a significant number of girls who were currently undergoing puberty, were being forced to transition into men by the heightened sense of gender dysphoria. She writes, “In the UK, the number of children being referred for gender reassignment went from 77 in 2009 to 2,590 in 2018-19. But most striking of all is who is being referred — in 2017, according to The Guardian, 70 per cent of referrals were female.”

She further adds, “The most authentic betrayal is leading girls into surgeries that remove their healthy breasts, endanger their health, and doom them to a lifetime of medical oversight.”

What’s interesting for people like us who prefer to watch Feminist movement from sidelines is that with the recent push of transgender movement due to Biden’s presidency will further increase the chasm within the feminist movement. The difference between intersectional feminists and the feminists adhering to its classical form will only grow to produce more such entertainment.

It will be good to see whether the spectre of intersectionality prevails or the monster of old feminism gets another round of rejuvenation.

(This article first appeared on the author’s blog on March 5, 2021 and is being reproduced with consent)