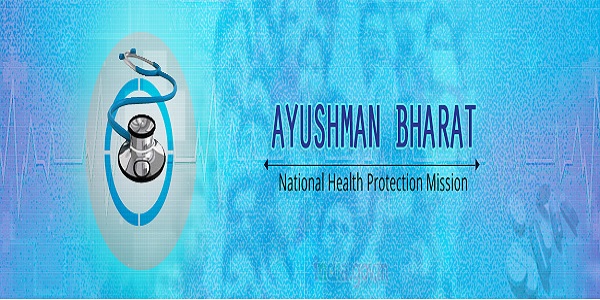 According to Centre for Disease Dynamics, Economics & Policy (CDDEP) in the US, in Bharat, out of pocket expenditure constitutes 65 percent of the health expenditure, pushing around 57 million people into poverty every year. For the 300 million Bharatiya citizens who live below the poverty line, ordinary healthcare costs are highly unaffordable.

According to the study, Bharat performed poorly in tackling cases of tuberculosis, rheumatic heart diseases, Ischemic heart diseases, stroke, testicular cancer, colon cancer and chronic kidney disease among others. Bharat is among the 45 countries that have serious levels of hunger.

The report also says that 21% of the Bharatiya children are underweight. However, the percentage of undernourished people in the population has dropped from 18.2% in 2000 to 14.8% in 2018. The child mortality rate has halved from 9.2% to 4.3%, while child stunting (i.e., height for age as per the WHO Child Growth standards median) has dropped from 54.2% to 38.4% over the same period. According to Food and Agriculture Organization (FAO), nearly 190 million Bharatiyas suffer from malnutrition and hunger annually.

This scheme launched on 23rd September, 2018 aims at providing health insurance cover of Rs. 5 lakhs per family per year for secondary and tertiary care hospitalization to over 10.74 crores poor and vulnerable families (approximately 50 crore beneficiaries). This scheme is completely funded by the Government, and cost of implementation is shared between Central and State Governments.

As on July 23, a total of 16,039 hospitals (8,059 private hospitals and 7,980 public hospitals) have been empanelled under the Ayushman Bharat Pradhan Mantri Jan Arogya Yojana (AB-PMJAY).

The Drugs Prices Control Order (DPCO), 1995 is an order issued by the Government of Bharat under Sec. 3 of Essential Commodities Act, 1955 to regulate the prices of drugs. For the purpose of implementing provisions of DPCO, powers of Govt. have been vested in National Pharma Pricing Authority (NPPA).

The National List of Essential Medicines (NLEM) 2011 contains the list of the essential medicines, which constitutes the list of scheduled medicines for the purpose of price control. The DPCO 2013 contains 680 scheduled drug formulations spread across 27 therapeutic groups. Laws in Bharat specify that all medical prescriptions should give generic medicines and all pharmacies must make them available to patients. Medicines constitute 20% to 60% of total healthcare expenditure in Bharat.

Pradhan Mantri Bharatiya Jan Aushadhi Pariyojana Kendra (PMBJP) is a campaign launched by the Department of Pharmaceuticals, Government of Bharat, to provide quality medicines and generic drugs at affordable prices to the masses through these special kendras. There are around 5000 such Jan Aushadhi stores in Bharat and by 2020 the government is planning to open another 2500 additional Jan Aushadhi stores.

The healthcare market is expected to increase threefold to Rs 8.6 trillion (US$ 133.44 billion) by 2022. Bharat is experiencing 22-25 per cent growth in medical tourism and the industry is expected to reach US$ 9 billion by 2020. Unfortunately between 2009-10 and 2012-13 public expenditure on health was constant at 0.98% of GDP. The government’s expenditure on the health sector has marginally grown to 1.4 percent in FY18 from 1.2 per cent in FY14.

In developed countries like U.S., health expenditure is 18% of GDP. For primary healthcare, the Bharatiya government spends only about 30% of the country’s total healthcare budget. This is very negligible when one compares the same with what the US and the UK spend every year. The Government of Bharat is planning to increase public health spending to 2.5 percent of the country’s GDP by 2025 though going by the current trends this appears to be a remote possibility.

There is a need to bring price control with regard to medical treatment and diagnostic services in Bharat but there are challenges in obtaining the data base, evolving an acceptable methodology to compute costs and develop standards to benchmark the costs. There is also an equal need to design quality standards to ensure better quality of service in healthcare.

PPP Models in Healthcare one of the possible solutions

PPP Models in Healthcare have huge potential to bring quality healthcare with latest medical equipment within the reach of the rural people, particularly the rural poor by roping in the health insurance through tie up with health insurance companies with the required support from the government.

There are around 460 medical colleges providing medical education to nearly 64,000 students in Bharat. There is a need to have one medical college in all the 718 districts in our country and the government has to prepare a long term strategy to provide medical education to the youth in all the districts and retain them as doctors practicing medicine in rural areas. This will go a long way in addressing the shortage of the doctors and more importantly addressing the challenge of their unwillingness to work in rural areas.

In 2013, aged people comprised 8% of Bharat’s population and this is projected to rise to 18.3% in 2050. Globally, ageing is associated with multiple morbidities, particularly the rise of cardiovascular diseases, physical impairments and mental health conditions. Hence, the increasing population of the elderly in Bharat will lead to greater morbidity in the future.

Further, the rural areas have limited health services and other infrastructure, posing serious challenges in taking care of the elderly people. Bharat introduced the National Policy on Older Persons to highlight priority domains for wellbeing of the elderly in 1999. Subsequently in 2011, a National Program for Health Care of the elderly was formulated which aims at developing geriatric care in Bharat.

However, there are gaps between the policy objectives and implementation and there is a need for necessary corrective measures in order to cater to the health needs of the aged population. There is also a need to shift the focus towards preventive healthcare in order to reduce the avoidable burden on curative healthcare.

A high level group on health sector constituted by the Fifteenth Finance Commission has recommended that “Right to Health” be declared a fundamental right on the 75th independence day in 2022 and the constitution be amended to shift the subject of health from the state list to the concurrent list.

Let us hope this recommendation of including the health in the concurrent list will be implemented and both the states and the centre will work in tandem to evolve a long term strategy to increase the expenditure on health and spend the funds in a meaningful manner defining the goals and priorities in clear terms.