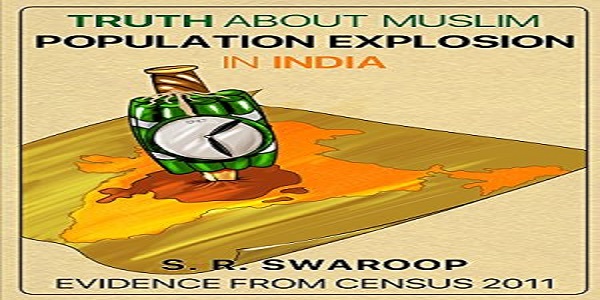 There is a fungus named Ophiocordyceps which infect Camponotous Leonadri ants living in tropical rainforests trees in Thailand. Once infected, the fungus take control of the ant’s brain, and makes that ant climb down from its natural habitat, and attach itself by mandibles to underside of a leaf, 25cm above the ground, in an area with 94-95% humidity, and temperature between 20-25 degree C,  and die.

The fungus, having done its job, starts growing hypha, and in a few days, hypha emerges from the exoskeleton of the dead ant. When the fungus releases spores, it in effect creates an infectious killing field area of about 1 square meter directly below the ant’s body that would infect any C. Leonadri ant unfortunate enough to pass through it.

Anyone who is even mildly aware knows about higher TFR of Muslims than other major religions, across nationalities, with a black swan exception of Tanzania, with Israeli Jews trying to consciously outperform Arabs in fertility and succeeding in 2017 for first time. Though this book, Truth About Muslim Population Explosion in India, devotes majority of its content towards expounding this matter using statistics, its main orientation is not towards red-pilling its readers about an issue regarding which they already have a faint idea.

The real purpose of this book is not only to provide statistical proofs about a universal intuition and projections about future, but also to bring forth the dire situation of Hindu demographics. While people may have intuition about role of TFR, they may still be unaware of the interplay of other factors like average age of childbirth on population growth, female foeticide, government intervention etc.

These facts have been deliberately muddled by the leftists to ensure that Dharmics act like sheep for slaughter and do not wake up until it is too late. This book addresses all these concerns and also touches upon political problems that would arise in Bharat due to falling percentage of Hindu population of Bharat, a prelude of which we have witnessed in Kashmir. It also busts the myth why Muslims do not need to attain full majority before such events start to unfold before your eyes. 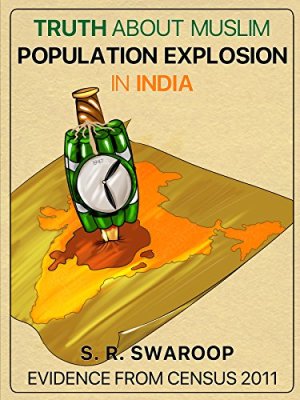 When combined with western SJW (Social Justice Warrior) memes, that a section of Hindus are very keen to  adopt, this has ensured that not only Hindus are not aware of the direness of this situation, but are willful accomplices in their own approaching doom.

While leftist agenda of misinformation treats Hindus like mushrooms- feed them shit and keep them in dark – SJW memes are like Ophiocordyceps fungus which drives any civilization, unfortunate enough to contract them, to suicide. This process has been repeated many a times in history, and has been observed and commented upon by many people like historian and philosopher, Oswald Spengler in his book “The decline of the west”, or anthropologists like Unwin in his research compilation  “Sex and Culture”.

If this situation persists, doom and darkness for Dharma in Bharat is guaranteed. This book is thus a timely release to raise awareness about the impeding complications for this nation.

The author tweets at handle_anonymous

This article was originally published on yugaparivartan.com . It is being reproduced with the author’s consent.