The party in Congress is virtually over 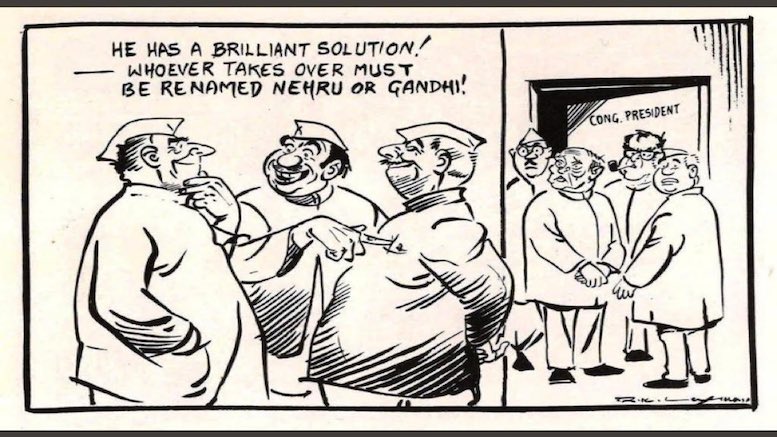 Cynics have always had the last laugh whenever the national media plays up the prospect of things coming to a head at a meeting of the Congress Working Committee (CWC). There are small changes in the script, but the end is boringly similar. One of the dynastic Gandhis, Antonia or Rahul, offers or threatens to resign from the post of president, doddering party elders and other sycophants persuade them to stay, there are some innocuous verbal exchanges bordering on a discussion, and by the end of the day they all solemnly swear to stay together over tea and snacks to “fight the forces failing the country”.

What the August 24 CWC confabulations confirmed for the nth time is this: nothing can change in the party so long as there is single member of the Nehru-Gandhi clan alive on the face of this earth. Because even if the party’s highest decision-making body goes through the motions of an election — which they have not in 20 years – the result will be the same. Either a Gandhi will be elected, failing which a handpicked non-Gandhi. It is, therefore, immaterial how long the queen mum remains interim president or whether organizational polls are held after six months as promised. Some farcical formula is sure to be evolved by Antonia’s powerful henchman, Ahmed Patel, to ensure the dominance of the clan.

Another reality which the meeting validated was that even the slightest desire for change emanating from any quarter is enough get those behind the move branded as “BJP agents” or working in cahoots with enemies. All 23 signatories of the letter advocating deep-seated organizational changes and the appointment of a full-time party president were castigated by Rahul Gandhi for having the nerve to write an “ill-timed” missive to his mother, the party president. Especially when she was unwell. Since three of the 23, viz. Ghulam Nabi Azad, Anand Sharma, and Mukul Wasnik are CWC members, it was expected that they politely but firmly argue their case for whatever it was worth. Instead they meekly went on the defensive when accused of being hand in glove with the BJP.

Arrogant Rahul could have been taken on. Azad said the letter was written after much consultation and deliberation. Antonia’s availability and state of health had been cross-checked with her staff, and the appropriate time for delivery confirmed. The decision of Kapil Sibal, M. Veerappa Moily, Bhupinder Hooda, and Prithviraj Chauhan to append their signatures showed that the issues raised were as much in the interests of the old guard as young turks and intelligent middle rungers like Manish Tewari and Vivek Tankha. Whatever their faults, none was ever suspected of sleeping with the enemy. Acculturated, however, to a political environment in which written appeals on party affairs are interpreted as challenge to authority compelled Azad & Co. to soften up. Sticking their neck out would almost certainly have invited consequences. None had the courage to risk it.

Party watchers say the old guard prefers dealing with Antonia. Instead they are now forced to face the slings and arrows of Rahul whose reactions are erratic and offensive. Sister Priyanka who has been a regular appendage at party meetings is nothing more than a rubber stamp of the brother. Many remember how Rahul slammed frontline party leaders for having failed to throw their weight behind his misguided anti-Rafael and “chowkidar chor hai” campaign following the Congress’ electoral rout in 2019. Not a single Congress leader had the gall and guts to tell him that both were non-issues, and that a heavy a price had been paid for his inanities on the campaign trail. Even today he is convinced he was right, and that others had failed him. The shahzada’s strategy that throwing mud at Narendra Modi in the hope that some would stick proved a bummer.

A key reason why the Gandhis manage to cling on to power is blind support for the dynasty among party workers and traditional Congress voters. Someone in Rajasthan sent a blood-soaked letter to Rahul requesting him to assume command. The old guard comprising time servers like Ahmad Patel, on their part, are temperamentally against a non-Gandhi ascending to power. It would render them irrelevant overnight. Their trust resides in Antonia. They know that till she is around they can get their way, which they always do. Blissfully unrealized is the leadership’s evanescent credibility among common voters regardless of caste and creed. With national impulses on the rise, the dynasty’s image is that of a protector of minority interests, be it church or mosque. This is something which Antonia had once admitted at the annual summit of a media house. The temple run of the Gandhis around poll time are scoffed at.

The younger lot want Rahul to run the party. But his penchant for power sans responsibility leaves many of his most diehard followers cold. He is flippant, non-serious, and prone to buzzing off on extended holidays. Rahul loves setting the party’s agenda with half-truths and mendacities without the accountability which the privilege entails. His interactions are limited to a small circle of confidants with roughly the same IQ.

The Congress’ long-term future rests on embracing change, both in leader and agenda. Adamant refusal to shed its Nehru-Gandhi skin can only push the Congress’ fortune southward.