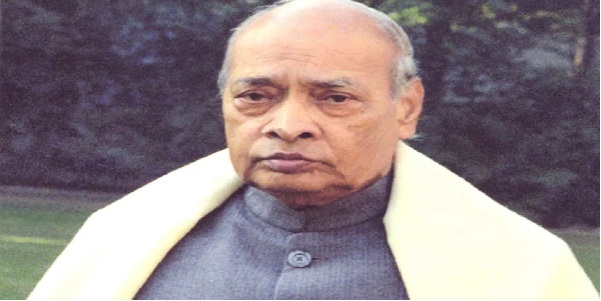 A freedom fighter, a highly intellectual person, ‘Chanakya of Modern Bharat’, ex Prime Minister of Bharat who shaped the liberal economy of Bharat- Pamulaparti Venkata Narasimha Rao, aka, PV Narasimha Rao. He was born on 28th June 1921 in then Hyderabad state. Let us remember this forgotten hero on his birth anniversary.

PV Narasimha Rao was an active freedom fighter during the Indian Independence movement and joined full-time politics after independence as a member of the Indian National Congress. He served as the Chief Minister of then Andhra Pradesh state. His tenure as the CM is well-remembered even today for his land reforms and strict implementation of land ceiling acts.

He rose to national prominence for handling several diverse portfolios, most significantly Home, Defence and Foreign Affairs, in the cabinets of both Indira Gandhi and Rajiv Gandhi. After Rajiv Gandhi’s assassination and when Congress party won the 1991 elections with huge margin, he was made the Prime Minister of Bharat. It was a total shift as he was the first person outside Nehru-Gandhi clan to hold this post for full 5 years. Also, he was the first person from South of Bharat and a non-Hindi region to hold the position of PM.

Why should the Congress party be hitched to the Nehru-Gandhi family like train compartments to the engine was how the late P V Narasimha Rao reacted to the suggestion that Sonia Gandhi be made the Congress chief after the assassination of her husband Rajiv Gandhi in May, 1991.

However, things were not going smooth, instead very disturbing in the world economy due to collapse of Soviet Union and other factors.

Bharat’s economy was high in fiscal deficit, towards bankruptcy.

As a result of being a closed economy since independence for almost 4 decades, higher defence expenditure, unnecessary subsidies (mainly for vote bank politics), rising debt payments and other factors, Bharat began to rely on external funds which led to a cycle of vicious borrowing from foreign banks.

Bharat even ran out of FOREX.

Serious and bold measures were needed urgently to save the collapsing economy.

The solution was to open up the economy which was against the ideology of the Congress party which had always adored Nehruvian economy and central planning. But How?

PV was stuck in a scenario where he needed to save the economy but also keep the Congress party happy. He chose to save the country from economic collapse.

PV Narasimha Rao knew he has to get the best man of knowledge and competent to frame a strong policy. Dr. Manmohan Singh, a renowned economic professor was invited by him to form a committee to formulate reforms in the best interest of the nation. Complete freedom & support was given to Dr. Manmohan’s team. Bharat’s economy was opened up. Main features of this new economic regime were liberalization and privatization.

These measures & reforms were broadly termed “Economic liberalisation of India” and this paved a way for Bharat to become a hub of IT revolution and BPO giant.

While many give the credit for the legendary economic reforms of 1991 to the genius of former prime minister  Manmohan Singh, the silent force behind their execution was PV Narasimha Rao himself.

PM Rao launched the Look East policy which was subsequently championed by future Governments including the current Modi administration. He revitalized Bharat’s diplomatic relations with Europe, China and the US.

While Rao’s tenure witnessed more than its fair share of challenges, the ones that stood out in particular were the events following the 1993 Bombay blasts and the Latur earthquake that affected thousands of lives in Maharashtra.

As soon as he got the news about the twelve blasts in Mumbai, a first of its kind in Bharat, Rao immediately set into motion. Without regards to his personal safety and much against the advice of his ministers, he personally visited each of the affected areas.

Upon learning about the Pakistani involvement in the blasts, he didn’t give in to impulse and call for an instant counter-attack. Instead, he asked the Indian intelligence community to invite their foreign counterparts from the US, UK and other Western European countries to send their counter-terrorism experts to Bombay and examine the proof for themselves.

In terms of the Latur earthquake, which witnessed the death of about 10,000 people and the displacement of several more, he didn’t waste any time to launch the process of relief-management. He began to structure and implement a series of operations and schemes which would mitigate the extent of the damage.

He was instrumental in handling and curbing the separatist movements in both Punjab and Kashmir. In Punjab, he did this by holding elections to bring about a stable system of governance, no matter the narrow cut of the electoral base. His government also introduced the ‘Terrorist and Disruptive Activities (Prevention) Act’ (TADA), Bharat’s first anti-terrorism legislation, which gave wide powers to the Indian law enforcement agencies while dealing with infiltrators from Pakistan.

His was the tenure during which the infamous Babri masjid demolition took place. Thus, to the critics, he was the leader who failed to provide social security during the Ayodhya riots.

PV Narasimha Rao was always an ‘outsider’ for the Gandhi family obsessed Congress. Congress gives credit of modernizing Bharat to Rajiv Gandhi. They don’t give due respect to their own party member who actually paved a way for Modern bharat.

Despite being such a dynamic leader and efficient tenure as PM, he had suffered a lot during his last days. The most tragic moment was when, after his death, the Congress leaders directed his family to cremate him in Hyderabad – not in Delhi where most Prime Ministers and public servants had been cremated. His body was not even allowed inside the AICC building in the capital. This is how Congress humiliated this great leader.

We pay our humble respect to our ex Prime Minister Shri PV Narasimha Rao on his birth anniversary and acknowledge his efforts in shaping a new and modern Bharat.