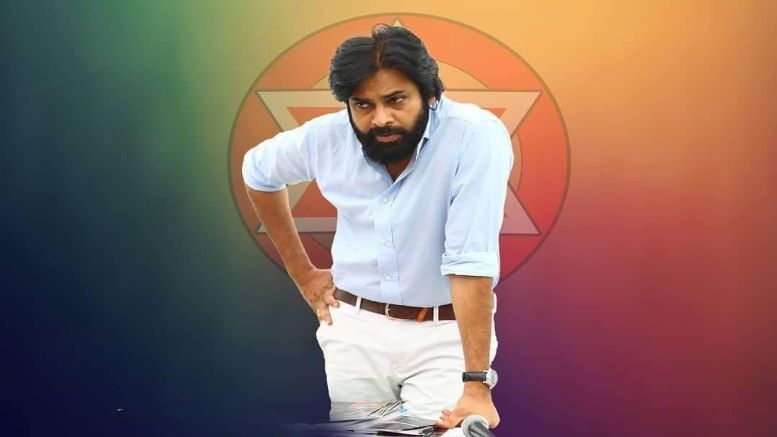 Jana Sena Chief actor Pawan Kalyan has called for freeing Hindu temples of government control while questioning why churches and mosques weren’t controlled by the state if Bharat was truly secular. Pawan Kalyan was addressing supporters and cadres of the Jana Sena Party (JSP) on Monday at Mangalagiri constituency’s Ippatam village on the occasion of the party’s formation day.

He also attacked the YSRCP government stating that it had pushed the state back by 25 years due to its retrograde policies. He also brought up the issue of increased attacks on Hindu temples in Andhra Pradesh (AP). While launching a no-holds-barred attack on the state government, he also demanded that temples be freed from government control.

“If this is a secular country, why can’t govt have control over churches and mosques”, questioned Pawan Kalyan highlighting the fact that except temples all other religious places of worship were free from government control and interference.

Pawan Kalyan also added that the JSP will come to power in 2024 and establish the people’s government. He further said that he was awaiting the roadmap to be presented by the BJP for dislodging the current YSRCP government. “I will follow the roadmap given by the BJP and do my best to prevent the anti-YSRCP votes from splitting,” he said and made it clear that he would forge alliances keeping the public interest in view and not to meet selfish ends.

Outlining the agenda of the JSP government, the actor-politician stated that developing Amaravati as an inclusive capital and transforming Visakhapatnam as a global city in addition to developing cities such as Vijayawada, Tirupati, and Kurnool to their full potential was his party’s vision.

“He expressed his intention to come up with an investor-friendly industrial policy, pull Rayalaseema region out of backwardness, scrap the Contributory Pension Scheme, ensure minimum support prices for various crops, create five lakh jobs in the private sector every year and fill all vacant posts in the government immediately after coming to power”, said The Hindu.

This is not the first time that Jana Sena chief Pawan Kalyan has raised his voice to protect the Hindu temples. In September 2020, members of JSP including Kalyan and the Bharatiya Janata Party members had sat on an 11-hour long hunger strike in protest against attacks on Hindu temples and the burning of a temple chariot. The duo had given a joint call to the party workers to work for the protection of Hindu Dharma and had demanded strict action against those responsible for the burning of the chariot at Sri Lakshminarasimha Swamy temple at Antarvedi in East Godavari district.

Furthermore, in December 2020, he had demanded a CBI probe over attacks on Hindu temples in AP. He had said back then, following the incident of a 400-year old mūrti of Sri Rāma at Vizianagaram District’s Ramathirtha was demolished and the stone head of the Sri Rāma vigraha was thrown in the temple tank, that the attacks on Hindu Dharma were planned.