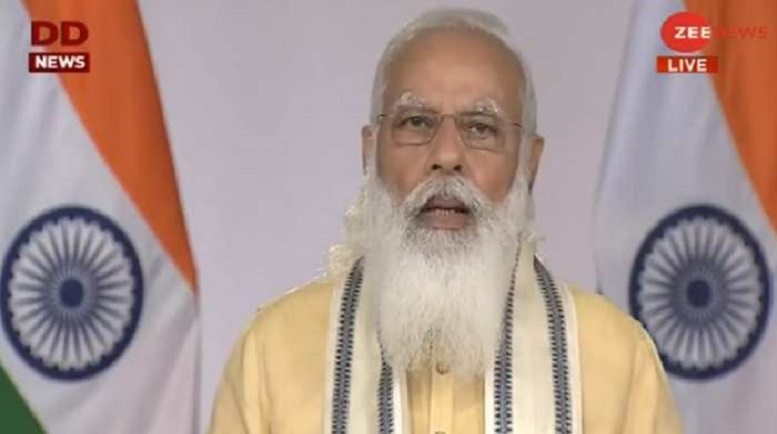 He urged the protesting farmers to “return home to their families and let’s start afresh”.

Modi said, “Whatever I did, I did for farmers. What I’m doing, is for the country. With your blessings, I never left out anything in my hard work. Today I assure you that I’ll now work even harder, so that your dreams, nation’s dreams can be realised.”

The farmers have been protesting against the three farm laws for over almost a year now.

These farm reforms were much needed, in the works for the last 10-15 years, demanded by most major political parties at some time or the other in that period, and welcomed by agricultural experts when they were finally passed by Parliament last year. They were designed to provide more choices for farmers to sell their produce, take up the option of contract farming to reduce their risk, and would have attracted private players to develop agricultural infrastructure like cold-chain, warehouses etc.

These laws would have raised the income levels of millions of poor farmers across the country, especially in states like UP and Bihar which have been neglected and deprived of the irrigation infrastructure and government MSP procurement that richer and more priviliged regions like Punjab and Haryana enjoy.

A section of rich Jat Sikh farmers in Punjab – many of whom are freeloaders, fattening themselves on tax-payer funded subsidies like MSP – and arhtiyas (middlemen who give loans to farmers) started the lawless protests last year. These protests spread to Haryana and besieged Delhi-NCR borders for an year, throwing lives of lakhs of citizens into disarray while our courts and governments watched helplessly. The country suffered economic losses of hundreds of crores.

The lumpen protestors, infiltrated with Khalistani extremists boasting to assassinate the PM, then unleashed unprecedented violence during their tractor rally on Republic Day leaving around 400 policemen injured and desecrating the national flag at Red Fort and also vandalizing the Ram Mandir tableau.

The ‘farmer’ protest sites turned into Covid super-spreaders, contributing in a large way to the pandemic’s deadly second wave. They became dens of illegal activities – prostitution, alcohol and drug consumption. A girl was raped and later died due to Covid, while protest leaders like Yogendra Yadav did nothing. Citizens who requested right of way on blocked roads were attacked with swords by Nihangs. A Sikh Dalit man Lakbhir Singh was brutally murdered over a ‘blasphemy’ allegation.

MLAs and other public representatives were assaulted and stripped naked by these ‘farmers’. The Supreme Court of the country was contemptuously dismissed by them. Political nobodies and crooked, opportunistic thugs like Rakesh Tikait were legitimized and elevated to ‘national leader’ status by our secular state.

The consequences of this repeal, and the surrender to the earlier violent anti-CAA protests will be dire and far-reaching. It has shown to all right-thinking citizens of the country that we are not a real democracy – the will of the majority counts for very little in the face of obstinacy and violence by feudal elites and privileged minorities, tacitly supported by the Nehruvians who control our institutions.

Make no mistake – The PM’s authority has been severely dented and his image will take a massive hit. The remainder of his second term will be stormy, to say the least, as his opponents have now tasted blood.

The writing on the wall is clear for Hindus. Organise, mobilize and defend your community. Worrying about ‘national interest’ will lead you nowhere.