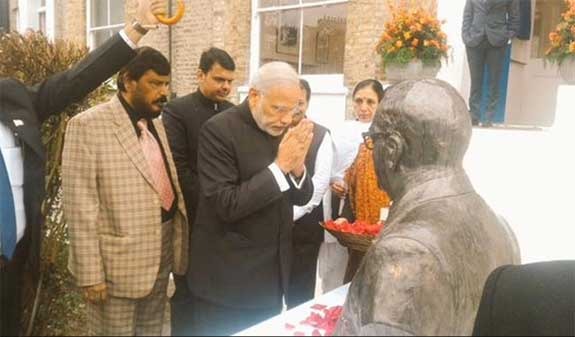 It cannot be just a coincidence that within hours of the ongoing unrest in various Bharatiya states during Ram Navmi & Hanuman Jayanti, we found another war staring at us, out-of-the-blue, in BJP-ruled states. And, this time it was about caste wars!

It was probably being pulled off  by instigating innocent, simple and hardworking folk of the scheduled castes and tribes, through  rogue messages on social media, whatsapp or by an evil whisper campaign. Whatever the methodology of communication, the aim, undoubtedly, was to create huge amounts of dissatisfaction in unsuspecting masses against the Modi regime. The ‘Big Lie’ being spread was that  BJP under Modi was hell bent upon diluting laws which protect the SCs and STs.

That Rahul Gandhi was part of this huge campaign of lies and deceit was quite clear when he jumped into the fray by saying that: “oppression of Dalits is in the RSS’s and BJP’s DNA”!  This defies simple logic. Why would Modi and his lieutenants do Harakiri  in their strong SC/ST constituency after winning a massive percentage of SC and ST votes? “In the 2014 elections, the BJP won 66 out of 131 seats reserved for SC/ST candidates, which is the highest for any single party since 1991”.

Why would RSS try to wean away Dalits from their Hindu fold by “oppressing” them? Largely untouched by westernization, many Dalits continue to remain rooted in age old traditions and practices. It is the Dalits and tribals who keep the flame of devotion burning in Hindu temples by still remaining aware of ekadashi, amavsya, purnamasi, the vrat, pooja and danyam. Why would RSS try to destroy this last bastion of Hinduness preserved by Dalits when a large section of the so-called upper classes have turned into westernized atheists, anglophiles and consumerists? This is well beyond Rahul Gandhi’s speechwriter’s scope of work, I guess.

Cheaper protein from beef or pork?

This is not the first time that Dalits are being instigated in this manner by the secularists. It was falsely spread by  ‘Breaking India’ forces that the cow protection mass movement would hurt the SCs and STs in a big way–especially on the economic front. Suddenly Dalits were being portrayed as beefeaters and they were warned that they would be deprived of a cheap source of protein if cow slaughter was banned.

My great teacher, the famous Sikh scholar, Late Shri Rajinder Singh, often used to say that cheap protein was found in pork too and that Communists did miss the point deliberately, in fact dishonestly. Of course, he wasn’t promoting pork as a source for cheap protein. He knew that a section of Dalits were traditionally involved in the business of rearing of pigs often in close proximity to Muslim localities. The pig continues to become a big reason for riots in such areas. Historically, poor Dalits have been facing the wrath of Jihadis at a great cost to themselves.

It is their pig farming and not the cow protection movement that has harmed the Dalits during attacks by a particular community during riots. Some miscreants masquerading as the cow protection brigade attacked Dalits in a few incidents. These events were used by the ‘mainstream’ media to create a wedge between Dalits and the rest of Hindu society. Their main target was to give an artificial and dishonest push to the growth of a new Dalit icon called Mewani in order to subvert the Gujarat elections last year.

Is PETA anti Dalit too? Hilarious!

Now let us examine the problem which Dalits may face on account of shortage of leather, as a consequence of the ban on slaughter of cow and its progeny. Things have been moving ahead in the leather business with changing times. Most people do not realize that a good part of leather business all over the world is being replaced by “Man-made leather” which is  quite similar to animal-based leather with new advancements in technology.

Many of the craftsmen all over the country use artificial leather to make shoes and jackets which are now available in new designs even in standard outlets like Bata. They are cheaper, long lasting and quite suitable for the use of masses. The shortage of leather if any could be easily compensated with huge stocks of synthetic leather, a booming industry. Dalit craftsmen would therefore not find themselves with any shortage of work.  Much of the campaign against animal-based leather has been done by PETA and not RSS. Can the leftists now blame PETA too for being anti-Dalit?  That would be very funny indeed!

Not just Dalits, many non Tablighi Muslims revere cows too!

Many of the Meo Muslims in Haryana and Rajasthan who haven’t come under the influence of Tablighi Jamaat, continue to pay their reverence to cows as per their holy tradition dating back to their Hindu ancestors. They do not allow slaughter of cows since they haven’t still been subjected to the de-Hinduisation process of Tablighi Jamaat.

Coming to Dalits, the Swarajya magazine gives details of an interesting study which says: “Nearly 80% of the Dalit population come from 10 Indian states. Of these Uttar Pradesh and West Bengal account for more than 30% of the Dalit population. In the case of Uttar Pradesh, over 75% of the Dalit communities consume meat but discourage beef eating. Nearly 20% encourage vegetarianism. However, fewer communities in West Bengal are into vegetarianism (around 5%).  There, around 80%  Dalit communities are meat eating but discourage beef.”

Inserting mischievously the Dalit issue in the cow protection discourse is therefore a huge mischief of the missionary-communist-Islamist combine which has been working overtime in Bharat to instigate the Dalits against Hindu society.

One of the most daunting aspects of dealing with communal and caste attacks in Bharat is to gather unbiased information from the ground without which any worthwhile analysis on the subject would be impossible. Unfortunately, a sizeable section of our ‘mainstream’ media, mostly leftist, is well known for suppressing the truth by peddling falsehood and fiction. This helps them convert perpetrators of violence into ‘victims’ and vice versa. Who can forget the untruth spread by such reportage during  post-Godhra crisis which was eventually exposed by the likes of India Today‘s Uday Mahurkar and GujaratRiots.com quite suitably.

Barring a report from ABP News, most of the ‘mainstream’ media blacked out the important news on exodus of Hindus from West Bengal’s Asansol in the aftermath of Jihadi violence during Ram Navami celebrations  last week. Contrast this with how ‘secularist’ media went out of the way to give excessive credence to an appeal for peace from an Asansol Imam, who reportedly lost his son during the mayhem. A deliberate attempt was made to create a Gandhi-like (and Sholay’s A.K. Hangal-like) image of the Imam to divert attention from the real issue of demographic aggression plaguing West Bengal. They thus succeeded in  throwing the issue of exodus of Hindus from Asansol to the backburner.

According to security experts working in this area, today’s West Bengal has shaped conditions of  fear amongst Hindus residing in the state, a duplication of what continues to happen in Bangladesh. Tragically, this gives an opportunity to ‘secularist’ political parties like TMC to solidify a huge chunk of votes for themselves by blatantly appeasing Jihadi forces in the state.

Most victims of communal riots have been Dalits. It is not just in Bharat, but in Bangladesh & Pakistan too, the major brunt of Islamist violence has been faced by Dalits who then seek refuge in Bharat. It is the documentation of these facts which would finally set things right for unification of Hindu society. Unfortunately, while neo-Dalit literature is available in plenty, little intellectual work is being done to promote the nationalist side of the story…we need to change this equation.

(Mayank Jain is a TV journalist and filmmaker. Some of the famous films directed by him are:  ‘The Evidence–Meat Kills’, ‘The Bangla Crescent–ISI, Madrasas & Infiltration‘, ‘Death Warrant’ etc.) 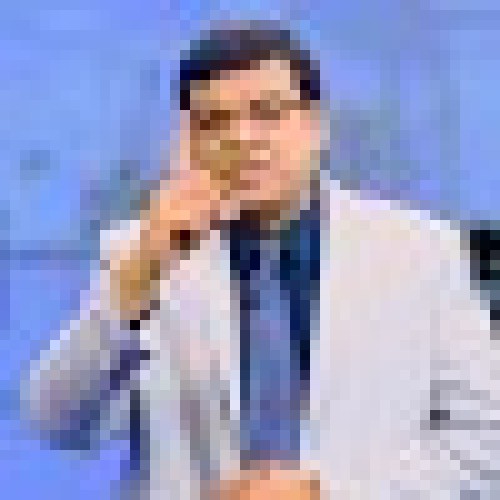 Mayank Jain
Mayank Jain is a TV journalist and filmmaker. Some of the famous films directed by him are: 'The Evidence--Meat Kills', 'The Bangla Crescent--ISI, Madrasas & Infiltration', 'Death Warrant' etc.