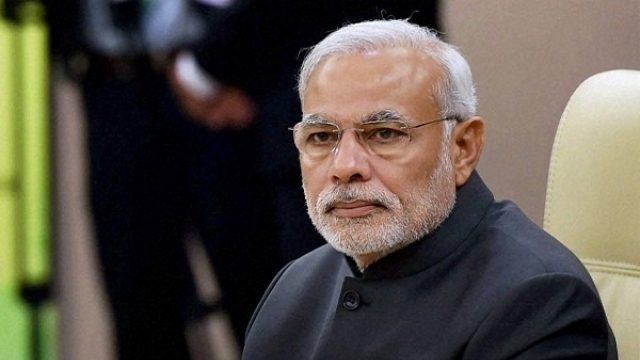 I have stopped depending on newspapers and television for news, for over 8 years now. A mix of trusted social media handles, independent news websites, cross-checking news across multiple platforms and talking to ordinary people is how I frame my world view these days.

This February, I was driving near Hero Honda Chowk in Gurugram, Haryana with some old clothes and toys that I wanted to give away, when I noticed a group of men and some children standing near shanties by the side of the road.

After I had given away the old items, I got talking with these men – a group of migrant laborers from Jhansi, UP (one of the most under-developed parts of that giant state) – and decided to record the conversation.

Here is the gist of the conversation –

1.) These men were followers of Sant Ravidass, so most likely Scheduled Caste Hindus. They say that they celebrate Ravidass Jayanti (birthday of the saint) with great pomp, but the more affluent & powerful members of their village would force them to take out their procession from a different route (usually outside the village). The dominant group would sit on chairs, but not allow the Ravidassis to do so. Sometimes, others will not buy goods in the market from those who celebrate Ravidass Jayanti.

2.) This sort of discrimination has reduced in recent times although it still persists in villages. But cities are by & large free of such open class discrimination, they say.

3.)  Without any prompting, one man asked me to request Modi to give them some permanent housing (even a jhuggi would do, he says) in the city. When asked what Modi has done thus far, they say he has done a lot and specifically mention –

4.) When asked who should win the upcoming LS 2019 elections, they all say ‘Modi’. Although one man quips – “do something for us, then only we will vote.” The dole/bribe politics perfected by Congress for decades will take more time to fully vanish! I remind them that I am an ordinary citizen just like them, and that change will be gradual in a country as large as Bharat, hence we need to be patient.

5.) One man says that earlier people had to dish out Rs 5000 to 10000 as bribe for getting a gas connection, but now they are getting it for free. This again is a ringing endorsement of the Modi Government’s success in curbing corruption which had become endemic to day-to-day life of ordinary folk.

I ended the conversation by letting them know about the Ayushman Bharat health insurance scheme which offers free health insurance cover upto Rs. 5 lakhs per annum for below poverty line families.

This, and several other conversations with taxi-drivers and other blue-collar workers in Haryana and Maharashtra, where I often travel, has left me convinced that ordinary Bharatiyas have felt a tangible improvement in delivery of services and governance under the Modi sarkar. But will this goodwill translate into votes, or will the Lutyens’ establishment narrative of rising intolerance, doom & gloom succeed? The answer will be clear on 23 May.