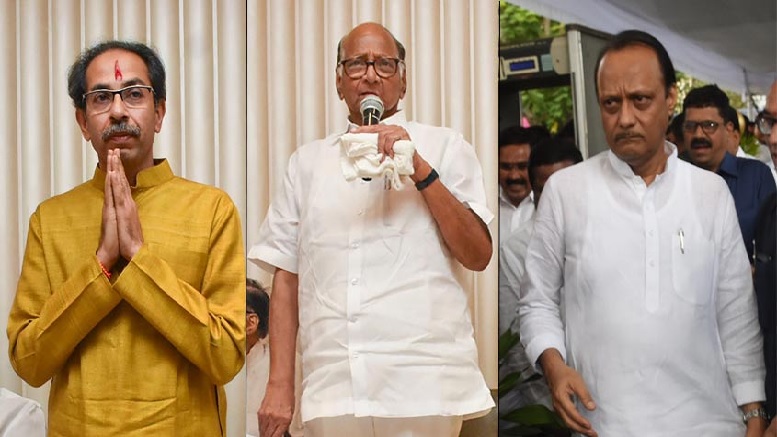 After allocating Rs. 900 crores for the construction of luxury apartments for its lawmakers, Maharashtra government has now found another ‘important’ use of its scarce resources at a time when the state continues to be the worst-hit by the Covid-19 pandemic.

“The cash-starved Maharashtra government has earmarked nearly Rs 6 crore for handling of the social media accounts of deputy chief minister Ajit Pawar, who also holds the finance and planning portfolios.

The general administration department of the state on Wednesday promulgated an order signed by under-secretary R N Musale on the modalities for appointment of an external agency for handling the social media accounts as well as the task of ensuring that decisions taken by Ajit Pawar reach the common people.

The external agency will be appointed in consultation with the deputy chief minister’s secretariat and Directorate General of Information and Public Relations. The order mentioned that the DGIPR lacks professional and technical competence to deal with social media, so it was felt that it would be appropriate if an external agency was hired for the purpose.

…..If there is a need, DGIPR can provide more money to the agency which is already working for the CMO. It will be ensured that there will be no duplication of messages generated from the CMO and DCM’s office.

Incidentally, the CMO has already appointed an external agency in July 2020 for handling its social media account. “Due process of e-tendering was followed while appointed the agency,” a senior official told TOI.

This is the price ordinary Bharatiyas pay for earning the label of ‘world’s largest democracy’. Our fractured, multi-party, first-past-the-post democracy encourages identity-based regional and sub-regional parties to cultivate captive votebanks, then strike deals to form unstable coalitions where governance and long-term vision is the last thing on the elected representatives’ mind. Amassing wealth for their political dynasties, protecting their turf by handing out doles, and brokering deals with players in media, intelligentsia, judiciary, bureaucracy to ensure personal political longevity is all that matters.

In Maharashtra’s case, since the MVA govt had to create a Deputy CM post to placate NCP, we have the bizarre scenario of the CMO (Chief Minister’s Office) hiring a separate private agency (budget for that is not known), and the Deputy CM hiring a separate one for Rs 6 crore. All this, while the state already has a government PR department with budget of Rs. 150 crore!

But Thackeray and Pawar are not alone in this game. The crown for splurging money on ads, marketing and PR, on a per capita basis considering the state’s population, will likely go to Arvind Kejriwal. The AAP leader and Delhi CM spent Rs 150 crores from January 2021 to March 2021 (50 crore per month) on advertisements and publicity through various mediums, a recent RTI revealed.

Meanwhile, it is leaders of these very Opposition parties who are asking the centre to give more funds for Oxygen and vaccines to tackle the pandemic.