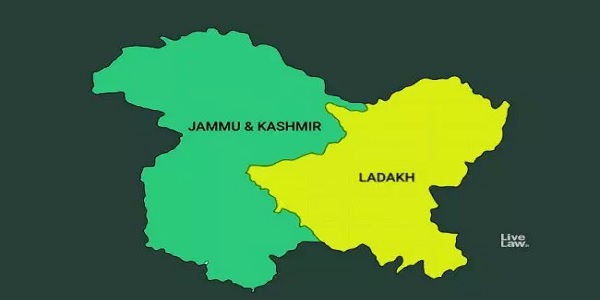 It has been an ongoing debate for more than seven decades and it is about Kashmir’s dominance in the erstwhile state of J&K with Jammu and Ladakh feeling neglected.

Three years ago, this was ended with the stripping away of the special status and freeing Ladakh, but the divide between the other two constituents of the erstwhile state has gone deeper. A stark manifestation of the divide is the difference in the political preferences and ideologies of the two regions.

It was in 2014 that Jammu overwhelmingly voted for the BJP for the first time in the erstwhile state’s history. For the BJP, the chinks in the Kashmir-centred politics were deep enough to strike its roots in Jammu and today, eight years on, the party’s growth has been tremendous.

Making its political preference clear, Jammu struck back at what it perceived as Kashmir’s dominance and discrimination by negating Farooq Abdullah’s National Conference, the Congress and other Kashmir-based parties.

The difference between the two regions is too apparent. It is rooted in religion, ideology, language and culture. In power sharing, the Kashmiris had always dominated the erstwhile state’s politics.

The feeling of deprivation in Jammu has always been about political empowerment. The seeds of political disempowerment were sown with the distribution of seats for the State Constituent Assembly by Sheikh Abdullah’s government in 1951.

Out of the 75 Assembly seats, Kashmir got 43, Jammu was given 30 and two went to Ladakh. Jammu, and even Ladakh, therefore were not properly represented in the power structure and that only ensured concentration of power in the hands of Kashmiri politicians, which also meant that no person from Jammu or Ladakh could ever become the Chief Minister of J&K. The only time that a person from Jammu became the state CM was Ghulam Nabi Azad, who hails from Jammu’s Bhaderwah town.

This led to the widespread feeling that all decisions were Kashmir-oriented, including the allocation of resources, which went more to the Valley.

As Kashmir took away the lion’s share of all investments, and even received more attention from the Centre, Jammu’s feeling of neglect grew over the years. This was accentuated by the advent of terrorism and the forcible exodus of Kashmiri Pandits, who took refuge in Hindu-dominated Jammu.

The commissions dealing with regional disparities and inter-regional animosity, particularly the Gajendragadkar Commission, admitted injustice to the Jammu region and also made recommendations to ensure Jammu and Ladakh’s “effective and real participation in the state’s political and economic processes”.

The Sikri Commission had presciently noted the injustices meted out to Jammu by stating that there existed “discrimination and favouritism in the fields of development, employment and education in the context of different regions, which was giving rise to irritation and tension among the people of the state”.

Whether the discrimination by the Kashmir-based rulers was deliberate in view of the religious and cultural differences cannot be ascertained, but it created a wall of distrust that has grown over the years.

The Modi wave, which overtook the country in 2014, overwhelmed Jammu as well, which gave the BJP a historic 25 seats. The divide was further deepened after the abrogation of Article 370, which has given state citizenship to lakhs of displaced persons and refugees, who had been denied this right by the previous governments, fearing a change in election dynamics.

In the last three decades, as the Valley was overtaken by terrorism and radicalisation became rampant, Jammu has seen a rise of the right wing. The situation is such that any incident gets a religion and Jammu vs Kashmir colour. The rape of a 8-year-old girl in Jammu’s Kathua was not treated as a crime, but took a communal and regional colour.

Today, when talks of Assembly elections have started doing the rounds, communal and regional politics have also started taking the centrestage.

The BJP may think it is well-placed in Jammu, but there are pockets in the region where Muslims are present in sizable numbers. After the carving out of new Assembly segments, these Muslim voters will play a decisive role in 10 out of the 43 seats in Jammu, while in the 47 seats in the Valley, the BJP may still not be able to open its account.

In most of these 10 seats, Ghulam Nabi Azad, who has left the Congress to form his own party, can play a key role. Azad is from Jammu’s Bhaderwah town and he has an area of influence, limited though it may be. Once he gets going with his own party, he can create a ripple in these segments.

Given that Azad has been praising Prime Minister Narendra Modi of late, a congenial atmosphere may be created. If that happens, Azad may be able to bridge the gap between Jammu and Kashmir.

The highly-anticipated Assembly elections, whenever they are held, will give a new political direction to the Union Territory. The divide has helped the BJP to establish itself in Jammu even as the Kashmir-based parties are trying to play regional patriotism to their advantage.