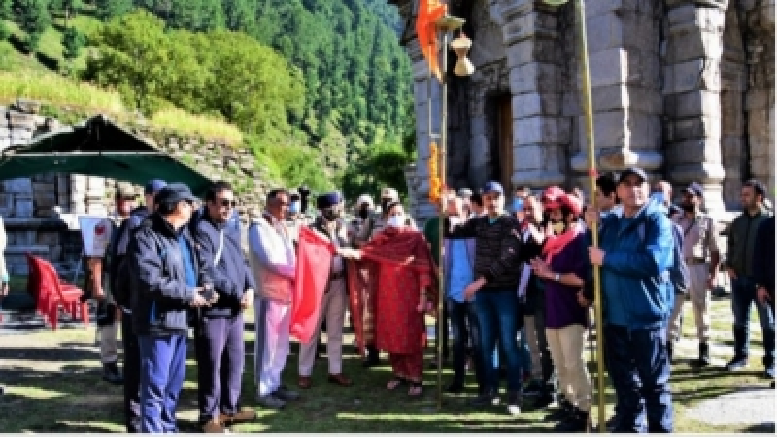 “Where is the question of making it (the film) tax-free,” Kejriwal said on Thursday, while reacting to the demand for making ‘The Kashmir Files’ tax-free.

Kejriwal also said that if filmmaker Vivek Agnihotri wants everyone to watch the movie, he should release it on YouTube so that it is available to everyone.

Taking a jibe at BJP leaders demanding to make the film tax-free in Delhi, Kejriwal said that “he (Agnihotri) has earned crores in the name of Kashmiri Pandits and you are putting up posters on the walls”.

The GKPD said that the ‘docudrama’ (The Kashmir Files) is based on personal testimony and meticulous documentation of community records.

“The entire world was shocked to see AAP legislators laughing and making a mockery of the story of Kashmiri Pandits’ genocide. A simple request by the public to make the movie tax-free was hooted by the CM, who has past track record of granting such requests. Such discriminatory and hostile behaviour on an extremely serious subject is not becoming of the highest office in Delhi administration,” said Surinder Kaul, co-founder of GKPD.

Rakesh Kaul, another co-founder of GKPD, said that Delhi has been a refuge city for the Pandits, including his family, since 1947. Following their ethnic cleansing, it was Delhi that gave shops in the INA market to the Pandits to rebuild their lives.

“It was the Delhi High Court that gave legal protection to the 200 or so IDP teachers who were hired by the Delhi administration. It was Kejriwal’s cabinet that had to implement this court directive. With his hostile signalling to his administration and the local populace, Kejriwal has vitiated the atmosphere for the Pandits and filled their minds with new anxieties,” he added.

GKPD’s international coordinator Utpal Kaul said that Prime Minister Narendra Modi had said that ‘The Kashmir Files’ has rattled those who wanted to subvert the truth that it reveals.

“Sadly, Kejriwal, instead of taking the opportunity to learn more and walk away from his past support of those who sought plebiscite and independence of Kashmir, has only sided with those who carried out genocide of the Kashmiri Pandits,” he said.