First terror attack during Amit Shah’s tenure: How will he respond? 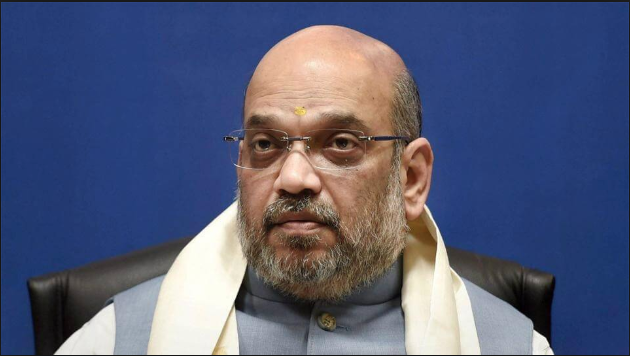 Let me begin by saying that I have long been a fan of Shri Amit Shah. He brings to the table a unique mix of qualities: clear nationalist principles, no-nonsense stern management style, absolute incorruptibility, effective problem solving ability, and full confidence of our Prime Minister. It is rare to see someone with these qualities being entrusted with arguably the most important portfolio in the government.

Shri Shah has made it clear from hour 1 (day 1 would be almost an insult to his work ethic and focus on problems) that Kashmir is very important to him. He has made clear that solving Kashmir will be the yardstick by which he will mostly be judged, and that he is up to the challenge. Unlike others, he has not tried to hide behind “this is an old and vexed problem” cover. Instead he is tackling the bull by the horns, as evidenced by his delimitation initiatives.

Yesterday, in a busy chowk in Anantnag, 2 suspected Jaish-e-Mohammed terrorists opened fire on a picket of CRPF jawans, killing at least 5 as of latest reports. The fatalities may rise, as 3 more jawans were injured. This is the first major attack after Shri Shah took over home affairs. Indeed, it may be seen almost as a direct and personal challenge thrown down at the ‘Loh Purush’ (Iron Man, as some in the media are calling Shri Shah, and in my opinion, correctly so).

How will the Loh Purush respond? Given that this attack is not as brazen or large-scale as Uri, another surgical strike in response seems unlikely. What is more likely is that the investigation and prosecution of this particular attack will be more stringent: more people will be interrogated, more leads followed, more CASO (Cordon and Search Operations) operations will be launched, and the law enforcement machinery will be applied to the fullest.

The Amarnath yatra begins in a few days. Indeed, buses carrying pilgrims will pass very close to the chowk where yesterday’s attack happened. It must be the case that Amit Shah’s first priority at this time is to ensure an attack-free Amarnath yatra. It appears that this attack might be partly intended to throw down the gauntlet on whether the terrorists can carry out an attack on the yatra.

It seems that intelligence inputs suggested that an attack would happen in the area that it did, near a bus stand. Inputs have also come in that the terrorists are planning to attack the yatra. The coming weeks will be a serious challenge for Shri Shah. The nation is looking to him very very eagerly, and with a lot of faith. Like any other Bharatiya, I pray that the Loh Purush is able to overcome his first major challenge.