Fighter Pilot needs to bide time till next sortie 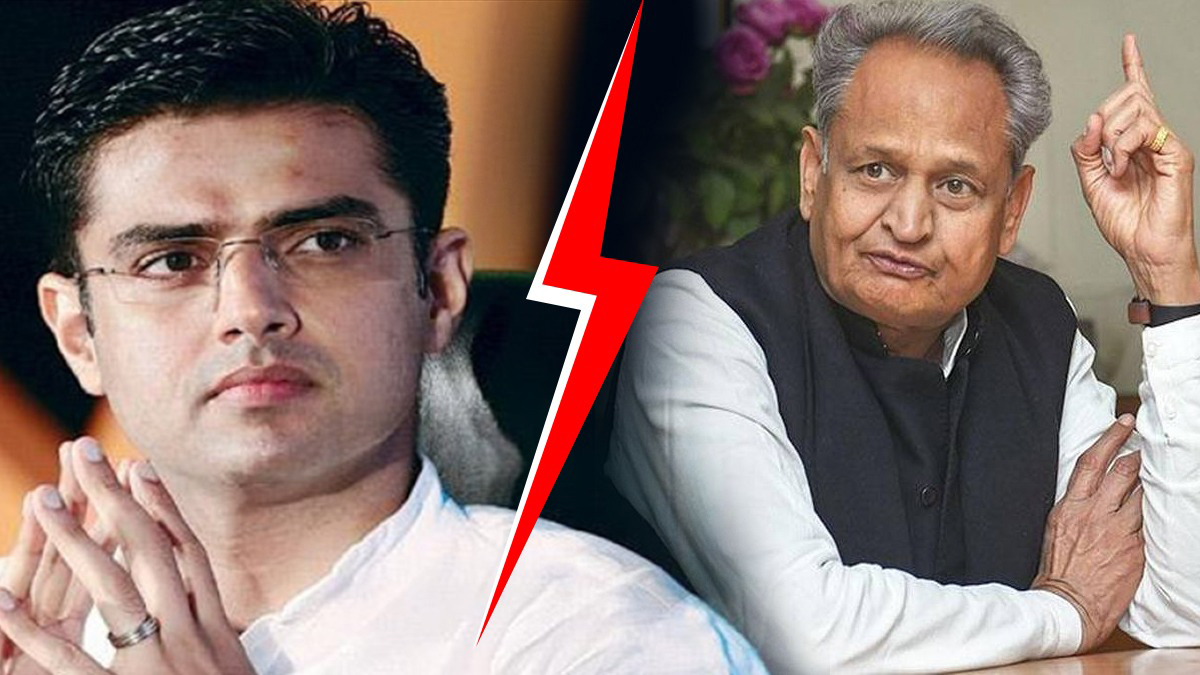 Bad things happen to good people in politics, but much worse can befall the hapless in Bharat’s Grand Old Party, the Congress. The humiliation of 42-year-old Sachin Rajesh Pilot, one of the party’s brightest stars, by a power hungry and feudal minded chief minister on charges of trying to topple his government is only the latest chapter in the endless narrative of betrayal and deception.

The relative ease with which the deputy chief minister of Rajasthan and the party’s state president was stripped of his posts and politically cornered is a testimony to the complete bankruptcy of the Congress’ dynastic leadership limping on its last legs. Guns have been trained at the very man whose legwork helped the party return to power in the 2018 state polls after the electoral drubbing in the previous election. But then what’s the humbling of a deputy CM next to the shabby treatment meted out to one of the party’s best prime ministers, P V Narasimha Rao?

Pilot is among the few well-groomed and competent politicians in the Congress with an unsullied image – attributes which don’t usually serve their owners well in a profession where ability and aptitude play second fiddle to slavishness. The sitting MLA from Tonk, however, never compromised on his self-respect despite being a member of Rahul Gandhi’s inner circle. His boyish looks have endeared him to many ever since he entered Parliament in 2004 as a 26-year-old from his family bastion, Dausa.

Pilot’s uprightness has much to do with his family background. Father Rajesh was a bomber pilot who saw action in the 1971 war with Pakistan. Though close to Rajiv Gandhi, he was never a lackey of the clan. A five-term Lok Sabha MP, he was Union minister in the cabinet of Rajiv Gandhi and PVNR before destiny felled him in a road accident in June 2000.

A chip of the old block is what son Sachin grew up to be. His uprightness too can be traced to his schooling at an air force centre, and later a two-year stint as lieutenant in the Territorial Army before joining the Man Mohan Singh cabinet in 2012. Most politicians love hearing their own voice. Pilot is  notable exception. He speaks only when necessary, and has never been an attention seeker either in the mainstream or social media.

Not many of his ilk would have preferred to leave the urbane environs of the national capital to take up the challenge of lifting the party’s Rajasthan unit out of the hole it found itself in 2013. Five years of unremitting hard work as party chief in which he traversed the state’s 200 assembly seats helped acquaint Pilot with the state’s politics. His labours bore fruit, but when the time came to clutch the prize, it was Ashok Gehlot who walked away with it. This was the beginning of his troubles.

Pilot was made deputy CM only after much pressure. Though given charge of key ministries like PWD, Panchayati Raj and Rural Development, his work was not given the recognition it deserved. Gehlot lost no chance to slight him before the bureaucracy. Regular pinpricks were administered. The ban on publishing newspaper advertisements to publicize the work of departments without the CM’s permission was largely aimed at belittling him. Gehlot’s animus was evident when Pilot was kept out of the core team to tackle the coronavirus pandemic. Even in party related matters he was kept uninformed.

Seen in retrospect, rumours that the BJP was trying to poach Congress MLAs were first circulated at Gehlot’s behest before the Rajya Sabha polls. It gave him the opening to put his plot at play. The decision to form a Special Operations Group of the Rajasthan police to slap charges of sedition and criminal conspiracy on Pilot was the proverbial last straw on the camel’s back. Seethe accumulated over months egged him to raise the banner of revolt.

Pilot, in the words of busybodies in the Rajasthan Congress, was ill-equipped to deal with the khote sikke (counterfeit coins) running its affairs. The cardinal mistake he made was misjudging the loyalty of the 30 odd MLAs who had originally sworn fealty to him. Gehlot sniggered at Pilot’s failure to retain the support of legislators from his own Gujjar community. Three of the eight walked away, and in the end 18 were all that he was left with, well short of the numbers required to bargain with the BJP which has 75 MLAs in a House of 200.

The business of toppling governments ultimately boils down to deal-making, a crucial condition where Pilot faltered in his calculations. The business community stuck to Gehlot given their old ties with the veteran politician. Pilot’s popularity did not deflect the money trail. It was naive to have expected him to do in Rajasthan what Scindia did in Madhya Pradesh.

Unlike Scindia or Kamal Nath (who began his career as an outsider in Chhindwara), Pilot has still not cultivated a loyal following of voters, howsoever limited the spread. He has fought three elections from three constituencies. He won the 2004 LS poll from Dausa, lost in 2009 and 2014 from Ajmer, and was elected to the assembly in 2018 from Tonk which is part of the Sawai-Madhopur LS belt. Denizens from Rajasthan are reluctant to accept him as a son of the soil given his family roots in Uttar Pradesh. The roots of Pilot Senior lie in Ghaziabad, and Junior was born in Saharanpur.

Pilot’s options are limited. Should the Rajasthan HC reject his petition (which will be heard on July 17) to nullify the Speaker’s move to disqualify him and his fellow rebels for anti-party activities, he will have to sit it out till he has exhausted all his legal options. That may take a while. But even if the notice is withdrawn and he decides to stay put in the Congress, it is unlikely he will find much resonance till the next state polls due in November 2023.

What’s more, even had he succeeded in weaning away 30 MLAs and toppled Gehlot, it is unlikely that ex-CM Vasundara Raje Scindia would have welcomed him with open arms. A BJP MLA has, in fact, alleged that she was in cahoots with Gehlot to sabotage Pilot’s gameplan. Joining the BJP would have been pointless since the top job is unlikely to have come his way. Sixty of the 75 BJP MLAs owe allegiance to Vasundhra.

Carving out an independent niche by floating a regional outfit on the lines of the TMC in Bengal or Jagan Reddy in Andhra Pradesh seems the only credible option, the waters for which have yet to be tested. Pilot will need to stay grounded till he can assess his strengths, where he stands, and how ambitious he can afford to be.