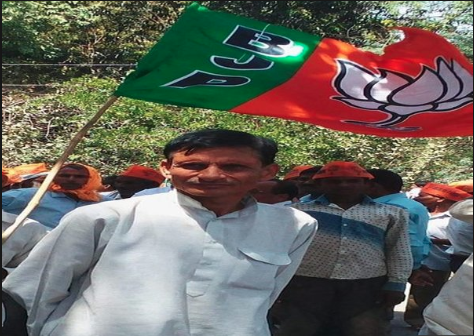 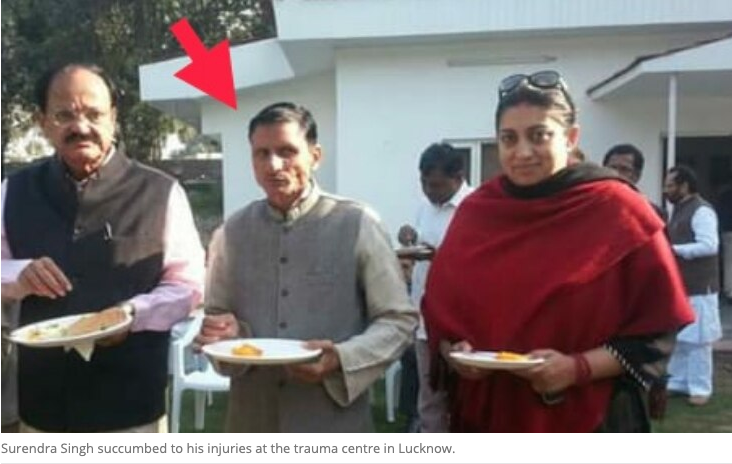 Singh’s family have alleged a Congress hand behind the murder. His son Abhay said, “We couldn’t see the perpetrators but it is clear that Congress workers are behind this. My father was actively campaigning for Smriti Irani and BJP got many votes from our booth.”

“When we rushed outside, we saw blood oozing out of his head. We took him to the district hospital from where the doctors referred him to the trauma centre in Lucknow. He died while being brought from Amethi,” said Abhay.

Son of Surendra Singh, ex-village head of Barauli, Amethi who was shot dead y'day: My father was a close aide of Smriti Irani&used to campaign 24/7. After she became MP, Vijay Yatra was carried out. I think some Congress supporters didn't like it,we have suspicions on some people pic.twitter.com/JKeWj2RsMo

Amethi Lok Sabha constituency is considered a bastion of the Nehru-Gandhi family; the seat has been represented by 4 members of the family – Sanjay, Rajiv, Sonia, Rahul.

This Congress citadel was breached by Smriti Irani in 2019 general elections, who won by a margin of 55,000 votes against Rahul Gandhi. However, Rahul Gandhi did win from another seat he contested – the Muslim-majority Wayanad Lok Sabha seat.

BJP convenor for Amethi Lok Sabha seat Rajesh Agrahari told PTI, “Considering the fact that the Congress is disappointed, especially after the defeat of its party president in Amethi, a high-level probe should be ordered, and the guilty should be punished.”

Baraulia village shot to fame when Smriti brought then defence minister Manohar Parrikar, who adopted the village and distributed shoes, textbooks and sarees from his MPLAD funds, a gesture which triggered a political slugfest with Congress.

Congress general secretary Priyanka Gandhi Vadra had accused Smriti Irani of distributing shoes to the residents in order to ‘insult’ Rahul Gandhi. Locals claim that Surendra Singh, ex-sarpanch (village headman) of the village was considered close to Irani and he was involved in the distribution of footwear.

After hearing of the attack, Smriti rushed to Amethi from Delhi and turned pallbearer, breaking a centuries-old men-only custom. Referring to Rahul’s remark after his defeat — “Take care of Amethi with love” — she said, “I have received the message loud and clear”. 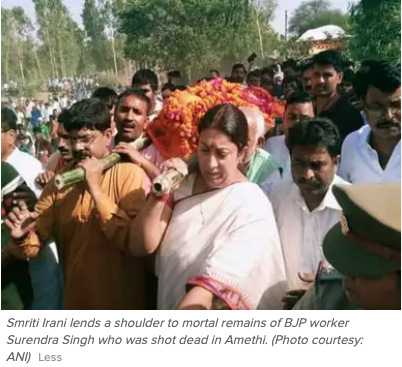 Smriti added, “I will seek death penalty for the killers of Surendra ji in whichever court of justice. He was a loyal member of our party. In this moment of mourning, I have come to stand in solidarity with the family.”

Surendra Singh’s inconsolable wife, Rukmani, said Irani promised to take care of their children. “Smriti ji met me. My husband worked for BJP. She has assured we will get police protection and also take care of my children. My husband helped Smriti ji. We are very proud of him for his service to the nation,” Rukmani said.