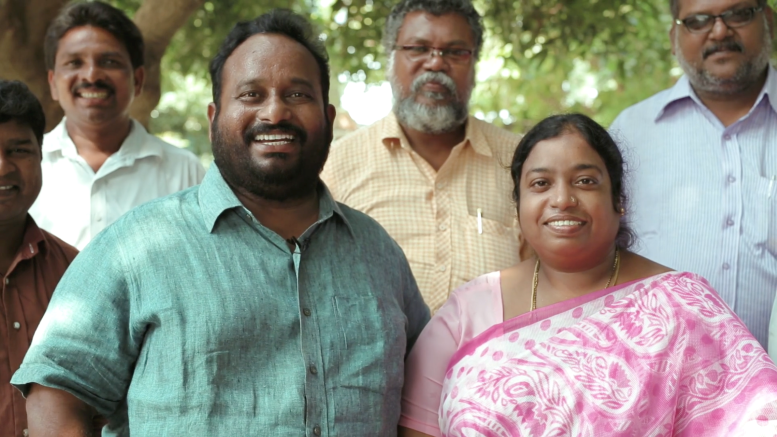 Filed complaint with MHA against "Harvest India", AP (No.10260176) for FCRA Violations and false allegations against PM of India Sri @narendramodi & Indian Govt and defamatory statements against Hindu Religion by its President Mr. Suresh Kumar Kathera at International Platforms pic.twitter.com/vJxdvtAtKV

Kathera has been spewing venom against the Modi government ever since their first term. Not only has he been peddling hate but has been lying through his teeth and that too in international platforms. In the video above he is heard saying that PM Modi is a ‘bad guy’ who does not want any Christians in Bharat. He alleges that ‘many pastors were killed’ in Bharat without providing any evidence for the same. Nowhere are churches ‘burning’ in Bharat except in Mr. Kathera’s wild imagination.

Kathera considers Hindus enemies and calls Hindu religion as one that promotes ‘black magic’. In one of his speeches he says that he and his team intend to conduct ‘crusade in enemy stronghold Koduru, Andhra Pradesh’. He regrets that no missionary has stepped into this ‘enemy stronghold to preach the gospel’ and that he intends to do so someday. He further refers to the temple here as the biggest place for ‘idol worship and witchcraft’. Murti puja, which is demonized as ‘idol worship’ by anti-Hindu bigots, is viewed as a satanic, pagan practise by the Western mind conditioned by Judeo-Christian beliefs.

That people like Suresh Kathera roam around freely even after insulting the majority religion of Bharat is proof enough that unlike what missionaries, media and communists peddle in Bharat, which is duly picked up and reproduced without as much as conducting a basic fact check by international media, freedom of speech and expression as well as rights of minorities are even better protected than those of Hindus. What would be the fate of a Hindu if he were to spew such venom against Christianity in the Vatican or the US bible belt?

There is no outrage or reaction even by Hindus when Hindu sadhus get attacked and murdered. Yet people like Kathera have the audacity to lie without as much as batting an eyelid. When he says ‘missionaries are being sent back’, he omits to mention that Bharat’s law doesn’t allow foreign proselytisers to preach in Bharat – even then thousands of foreign missionaries abuse Bharat’s tourist visa provisions to come on ‘mission trips’. Violations of norms are not tolerated by any country so why should Bharat be any different and make exceptions for ‘soul harvesters’?

LRPF has pointed out several FCRA violations that Harvest India has indulged in and demanded an investigation into the same. They have further mentioned how the NGO Darpan, run by Harvest India, solicits funds through its website and social media accounts for crusades, church planting etc. despite being registered as a ‘charitable organization’. It has requested a thorough investigation into the discrepancies and have stated that FCRA returns filed by Harvest India neither reflect the amount collected by it through its appeals and nor do they declare the money remitted from abroad since 2006-07 till date.

Harvest India website clearly mentions its intention to take the gospel to every village in Bharat under what it calls ‘crusade’. LRPF has mentioned that Harvest India and its front companies in US and UK are citing social & educational work, helping orphans and leprosy patients as reasons for fund remittances which are actually used for evangelical purposes. Both the organisation and donors are guilty of hiding the true purpose which is a clear case of FCRA fraud. This needs to be dealt with seriously and Harvest India must be penalized after the ministry conducts an in-depth investigation.