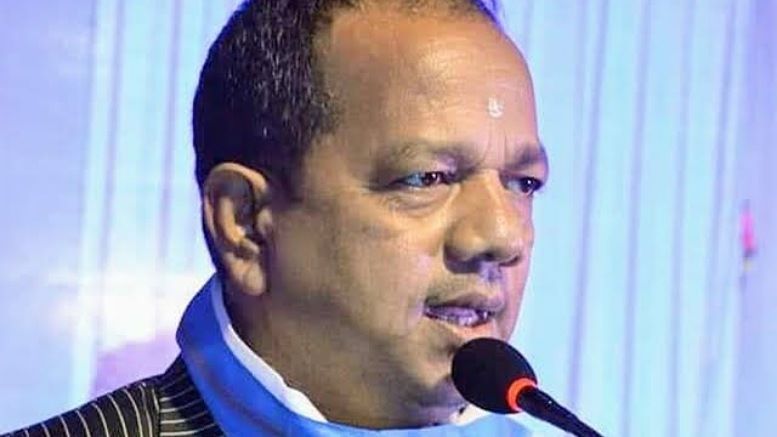 West Bengal Minister of State for Labour Zakir Hossain and his nephew were attacked and severely injured after crude bombs were hurled at them.

According to sources, the incident occurred around 9.45 pm last night when Hossain was waiting to catch a train to Kolkata from Nimtita railway station in Jangipur under Murshidabad district of West Bengal.
A forensic team has headed for Nimtita station.

Hossain, who is the MLA of Jangipur in Murshidabad district, and a few other injured persons were rushed to the Jangipur Hospital from where Hossain was referred to Murshidabad Medical College and Hospital. After initial treatment, he will most likely be referred to a Kolkata hospital. An official of the hospital said that the Minister suffered “injuries on his legs and lower abdominal part. We are trying to stabilise him before shifting him to a hospital in Kolkata.”

Hossain is also a prominent industrialist who owns one of the biggest Bidi manufacturing factories in the State.

“It is not clear who has attacked him. I have asked the SP to conduct a thorough probe into the incident and find out who is responsible,” said Abu Taher Khan, TMC’s Murshidabad district President.

“The Minister was attacked because he was opposed to cow smuggling and corruption in the district. He had opposed the people involved in these activities. This could be the reason why he was targeted today. The law and order situation has hit an all-time low in the state,” said Adhir Ranjan Chowdhury, State Congress President and Berhampore Lok Sabha MP.

Hossain is known to be close to Suvendu Adhikari, former TMC minister who joined the BJP in December.

Distressed to hear about the crude bomb attack on Jakir Hossain, the State Government MoS for Labour and an @AITCofficial MLA. The attack, which happened at the Nimtita Railway Station in Murshidabad, needs to be strongly condemned. Praying for the speedy recovery of the injured!

“This incident is proof that there is no law and order in the state. Even ministers are not safe here,” said Dilip Ghosh, State BJP President.

There have been several incidents of targeting of opposition and rebel MLAs in the past in WB, but this is probably the first instance where a sitting Minister of the State Government has been so brutally attacked.

Criminal elements – cattle smugglers, chit fund scammers, coal mafia, human traffickers, etc – have become so emboldened under the Mamata regime that they seem to have lost all fear of the law. Whether cattle smugglers attacked Hossain on their own, or whether he was attacked as an intimidation tactic to prevent him and others from joining BJP before the upcoming elections, only a thorough probe by a central agency like NIA or CBI can confirm.