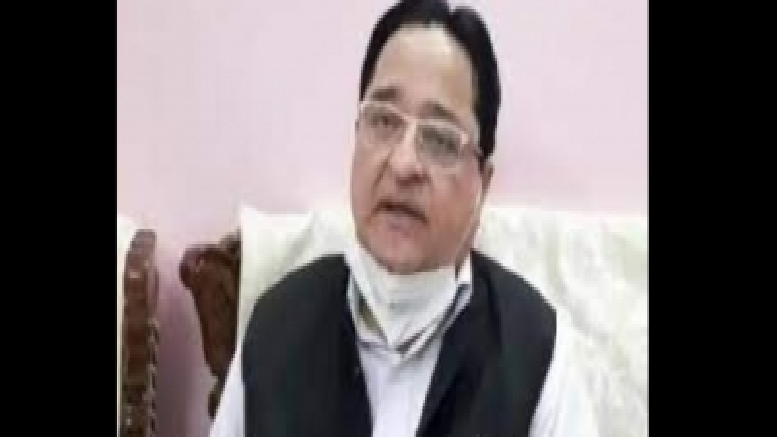 In a bizarre statement, Samajwadi Party MP from Moradabad, Dr. Syed Tufail Hasan has stated that the devastation caused by recent cyclones and the Covid-19 pandemic was a result of ‘aasmani aafat’ (divine intervention) against the ‘injustice being meted out to Muslims’ who have been told that ‘they will not get citizenship.’

The Moradabad MP kicked up a row when he said on Wednesday that “such injustice to Muslims has resulted in devastation that has descended from the skies in the form of cyclones and poor people have died in pandemic.”

He added that BJP has been trying to interfere with the Shariat (Islamic law). Hasan has earlier criticized the criminalization of instant triple talaq, a practice which is banned even in Islamic theocratic states like Pakistan and Saudi Arabia.

Hasan is a medical doctor with MBBS and MS degrees from Aligarh Muslim University.

He further attacked the state’s BJP government for what is described as a “total failure” to provide the people of the state with an opportunity to perform the last rites of those who died of Covid-19.

On drawing a link between government decisions and natural calamities, Hasan said: “We Indians are a very religious lot and strongly believe that some supernatural being exists which controls the world and imparts justice.”

Reacting to Hasan’s remarks, Uttar Pradesh’s Minister for Minority Affairs, Mohsin Raza described the MP’s approach as similar to that of the Islamic State (IS) terror group.

“It is more than clear from his statements that people like him do not have faith in the Constitution of the country. They want Samajwadi Party to form the government and introduce Sharia law thereafter. Their language is identical to the IS. Such people only believe in Sharia law.

“The problem of Hasan and Samajwadi Party leaders is that Holi is being celebrated in a big way in Barsana and for them, CAA being introduced is injustice and so is abrogation of Article 370 in Kashmir,” Raza added.

We wonder what the IMA (Indian Medical Association) President Dr. Johnrose Jayalal, who has been leading an aggressive crusade against Ayurveda, has to say about such inane utterances from a fellow doctor? But then again, Dr. Jayalal himself believes that the Covid first wave subsided due to Jesus’ grace and that only Christian doctors have been at the forefront of the fight against the pandemic, so Dr. ST Hasan’s views about the Covid second wave being ‘divine punishment’ probably resonate with him!