After years of discrimination, Valmiki Hindus and West Pakistan Refugees find their voice in J&K politics 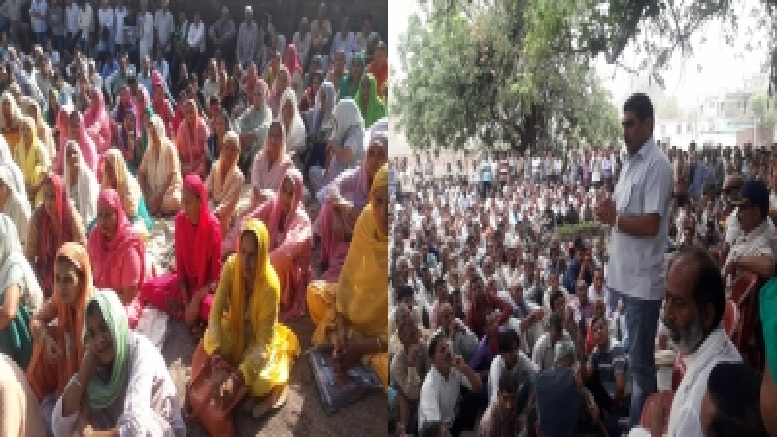 Two communities in Jammu and Kashmir will celebrate the Assembly elections, whenever they are held in the Union Territory.

After decades of discrimination and subjugation, the West Pakistani Refugees (WPRs) and the Valmiki community have a lot to cheer about.

The WPRs comprise members of Hindu and Sikh communities, who migrated from Pakistan after Partition in 1947. As per official records, there are nearly 5,400 families who migrated to the border areas of Jammu — to Kathua, Samba and Jammu districts. The community leaders say these families have now grown to over 22,000 families.

Apart from WPRs, there is the Valmiki (Dalits) community. These were brought to J&K in 1957 from Punjab by the then state government headed by Prime Minister Bakshi Ghulam Mohammad to quell an indefinite strike by the local sweepers’ union.

The Valmikis were brought to Jammu through free transportation and were given special permits to enter the state. They were even allotted land to construct houses, but were not given permanent resident certificates. They had to abide by the condition that their future generations could stay in J&K if they continued to be scavengers and sanitary workers.

For 65 years, this community has faced discrimination at the hands of the state in Independent India. They were deprived of the right to vote in the local and Assembly polls, right to higher education, state scholarship, welfare schemes and the right to state jobs. Though they belonged to the SC category, they were denied the status.

As per the leaders of the Valmiki Samaj, at present around 10,000 people belonging to the community are residing in various colonies in Jammu.

The community could participate in the Parliamentary polls but could neither contest or vote in the J&K Assembly elections.

All this changed after the abrogation of Article 370 in August 2019, and the West Pakistani Refugees (WPRs) and the Valmiki community can now vote in the Assembly polls. They voted for the first time during the District Development Council (DDC) elections in 2020.

Both the communities can now apply for jobs in J&K, avail welfare schemes and can vote and also contest elections.

Both the communities blame the Kashmir-based parties, which had a problem with giving them state subject certificates as they feared this would change the poll dynamics.

Both the refugees and the Valmikis have flayed Kashmir’s political parties for deliberately subjecting them to humiliation and discrimination for decades.

“It was state-sponsored discrimination which nobody talked about,” they said.

Labha Ram Gandhi, President of West Pakistan Refugees Action Committee, said, “We could not get jobs, our children could not get into professional colleges. Now everything has changed. We can vote and also contest elections.”

The areas where they live lack development.

Labha Ram said, “The local MLAs did not care about us because we were not a vote bank for them. We would be told to go to the Centre for our problems. Now we can have our sarpanches also.”

Now freed of this bias, the WPRs and Valmikis say they will chart their own course. They voted in the DDC elections and are looking forward to the Assembly polls, where they can also have their say like the other lakhs of J&K electors.