As Rogue Pakistan Frees Hafiz Saeed, is it Time To Launch Another ‘Neptune Spear’ by Bharat? 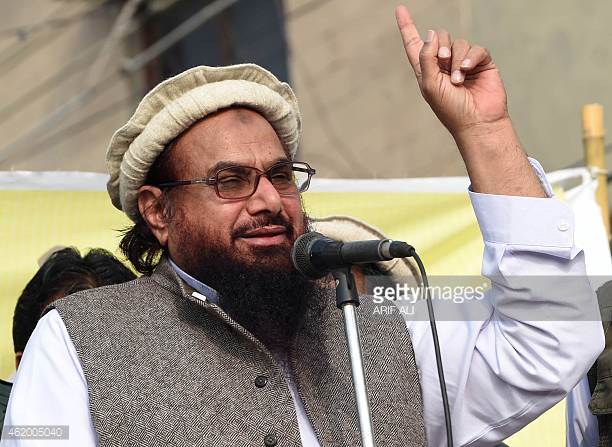 Pakistan re-established​ it’s credentials as a rogue nation by releasing global & international terrorist Hafiz Saeed from house arrest. Hafiz Saeed who is carrying a bounty of one lakh crore on his head is harbouring thoughts of fighting elections in Pakistan in 2018 and has filed a petition seeking removal of his international terrorist tag from the United Nations so that he & his terrorist outfit Jammat-ud-Dawa can fight the forthcoming elections in Pakistan.

The mastermind of Mumbai terror attacks, which led to the death of 166 innocent people, has been under house arrest in Pakistan under American pressure for the past ten months until his release just as Bharat was preparing to mourn the 26/11 victims.

Inspite of all the evidence provided​ by Bharat against Saeed, Pakistan hasn’t budged and the US has failed to put enough pressure on Pakistan to hand him overto Bharat, and it would be foolhardy to believe that America would fight Bharat’s war. America holds its own interests paramount in the region and even though it has cut down aid to Pakistan, it still strangely believes that the latter can play a vital role in reining in the Haqqani network and the Al Qaeda in Afghanistan and areas bordering Pakistan.

America’s inexplicable aid (both financial & military) to Pakistan even after the latter provided a safe haven to Osama Bin Laden in Abbottabad – until he was hunted down by US Marines- is baffling and a stark reminder to Bharat that it has to fight its own battle against terrorism & terrorists.

This thinking should drive Bharat to borrow a leaf out of America’s aggressive & combative policy and do a US Navy Seals like operation & hunt down Hafiz Saeed in Pakistan.

America hounded Bin Laden & Al Qaeda after 9/11 and eventually traced him to Abbottabad,​ killing him & dumping his body in the sea. That was America’s way of retribution and paying homage to the innocent men, women & children who lost their lives to an act of a lunatic.

Bharat’s retribution & revenge for the Mumbai deaths can be similar if the intelligence agencies can zero in on Hafiz Saeed’s location & swoop him out of POK – where he is mostly seen in terrorist camps- which is anyway Bharat’s territory, and this has been reiterated by Bharat’s foreign minister in Parliament.

The American drone, which is the latest acquisition by Bharat’s defence forces, can be used to snuff the life out of Bharat’s most wanted terrorist not only avoiding Bharatiya casualties but also avenging the innocent life’s lost. If the US could bring the world’s most dreaded Terrorist, Osama Bin Laden to justice by launching an operation across the globe codenamed ‘Neptune Spear’ why can’t Bharat launch a similar mini operation across its​ territory to bring the mastermind of 26/11 to book?

Bharat has the best political dispensation in place to carry forward this act in national interest and pay homage to the victims of 26/11.