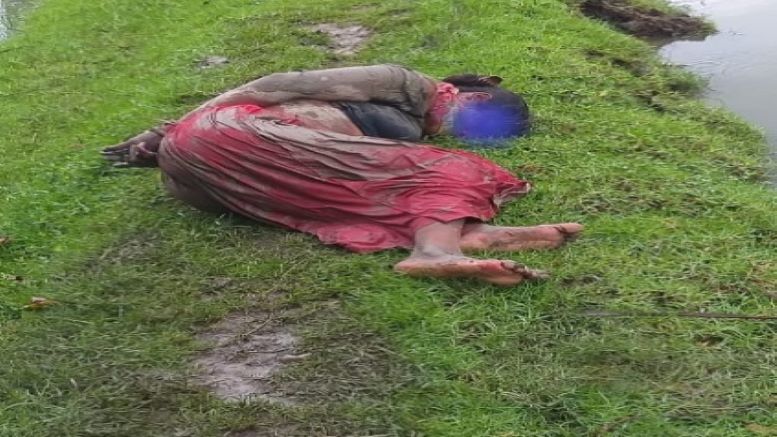 In what has become a routine affair in the state, yet another woman has allegedly been gang-raped in the Trinamool Congress (TMC) governed West Bengal. The location of the crime scene is Munshigheri village that falls under Haroa Police Station. The victim, a 28-year-old tribal woman from Basirhat, in North 24 Parganas district of the state, was dragged from her house in the late hours of Wednesday night. She claims she was then physically assaulted by a gang of men and abandoned by a pond with her hands tied at the back.

She was located and identified by locals passing by the road along the pond-side the next morning, as she lay there with her clothes displaced. Villagers, who rescued the assaulted woman, also informed the local Police Station. The victim was also immediately rushed to Haroa rural hospital but later moved to Bashirhat district hospital as her condition turned serious.

The victim asserts that she was lured towards the fish pond by the miscreants when she was out searching for her husband. Though she didn’t mention the sexual abuse in her oral complaint to the police, it has been mentioned in the formal FIR that has been lodged. Police, functioning under Mamata Banerjee’s ministership, has acknowledged that medical examinations indicate injuries on her back but dismissed the allegations of any sexual assault.

The written complaint by the victim states, “Early on Thursday, they forcibly took me to the fish-pond while I was looking for my husband. Then they tied my hands and legs with a rope and started assaulting me. I tried to put up feeble resistance, failing which I fell unconscious.”

It is alleged by the locals that the said assault resulted from a fallout between the local supporters of the BJP and the TMC. The woman and her family, apparently, are BJP supporters and participated in many party-related activities. BJP leaders in the state have come down heavily criticizing the assault. National general secretary of the Bharatiya Janata Party shared a tweet with the video of the victim being carried by locals who are outraged at the incident.

This gruesome gang rape of a destitute woman in Bashirhat's Harauna is a daily reminder of the Law of the Jungle that is in place in Bengal where the mighty eat the weak. These crimes against women in this State goes to show that Mamta government has no "Mamta". pic.twitter.com/lzkI7gVR0R

BJP Bengal’s official handle questioned how many more women would have to be sacrificed to the regime’s silence and indifference.

Parliamentarian and state BJP leader from Barrackpore constituency, Arjun Singh shamed the authorities asking how are such atrocities being tolerated in the land that worships Goddess Durga and Goddess Kali?

Locals accuse TMC cadres of having a hand in the crime; Shankar Chatterjee, who is Barasat unit president and BJP state committee member claims, “Trinamool-backed goons took away the tribal homemaker from her house and raped her repeatedly. If culprits are not arrested soon, we will launch a bigger movement.”

Trinamool Zila Parishad member Sanjay Biswas responded to the allegation stating no one associated with his party was involved with the alleged gang-rape and that TMC supporters are being falsely targeted.

Bengal police have urged people to maintain peace and not pay heed to rumors. A huge protest had already been started by the locals demanding action, asking for the arrest of the culprits, and justice for the woman. A large police contingent had to be deployed after locals took to the streets blocking roads and burning tyres. Investigations are underway.

Meanwhile, Basirhat has become a hotbed for political disturbances, conflicts, and crimes in recent years. Instances of sexual abuse of women have also become rampant. In 2014, a 40-year-old tribal woman was allegedly gang-raped after being abducted from her residence in a similar face-off between TMC and BJP supporters. Despite the presence of a woman Chief Minister running the state, and now a woman representative, Nusrat Jahan, representing the constituency in the parliament, there has been no relief for the marginalized women in Barishat.

The MP, who after the ban on TikTok, is busy posting videos on her Instagram, has not made any comments on the series of harrowing crimes in her constituency as yet.