“Terrorists killed her for being a Hindu,” says kin of Tarishi Jain, 19 year old Murdered in Dhaka Attack 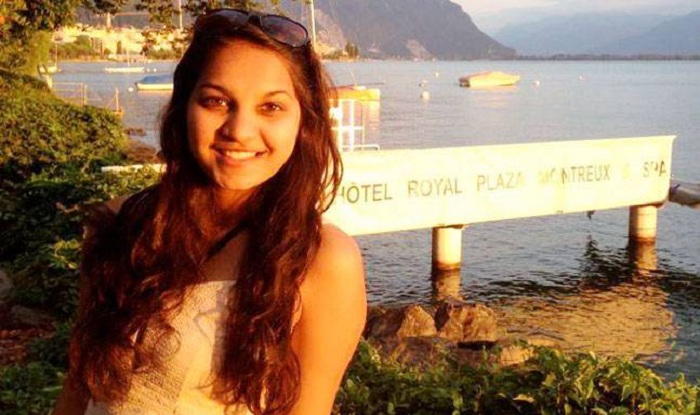 Tarishi Jain was just 19, a young adult enrolled in an economics course with one of the top colleges in the world, and with everything to look forward to in life. Like most urban Hindus/Indics she was most likely brought up believing the Sanskrit maxim ‘sarv dharm sambhav‘ popularly mis-interpreted as ‘all religions are equal’.  Religion most likely played a peripheral role in her life. Tragically, this young girl’s life was brutally snuffed out sometime in the wee hours of Saturday by other young adults like her – well educated and hailing from privileged backgrounds, with one crucial difference – her murderers were fanatical followers of the religion they were born into, Islam.

As per this news report,

“Sometime before 6 am on Saturday when 19-year-old Tarishi Jain’s phone went dead, her father Sanjiv Jain, who had been waiting outside Gulshan Cafe through most of the night after he got to know that heavily armed terrorists had stormed the restaurant in upscale Dhaka and were butchering guests, got a call.

It was from his daughter, cowering inside a toilet with two of her friends, Faraaz Ayaz Hossain and Abinta Kabir, hiding from the rat-tat-tat of gunfire outside the washroom’s door. ” Terrorists have entered the restaurant,” she told her father, who was planning just a day earlier to bring his wife and two children to Firozabad in UP for a short holiday before Tarishi headed back to the US where she was an Economics undergraduate at the University of California. “I am very afraid and not sure whether I will be able to come out alive. They are killing everyone here.“

It had been a long and harrowing night for Sanjiv as he gathered with dozens of anxious family and friends of those huddled in the cafe to know how the bloody strike on innocent and unarmed men and women would end. By the time the terrorists were neutralised, 20 people, mostly foreigners and among them Tarishi – the only Indian among the casualties – had died.

Tarishi was a recipient of an internship with a Bangladesh bank through the Institute for South Asia Studies at her university in California.”

Tarishi’s father runs a garment business in Bangladesh for the last 15-20 years. After graduating from the American school, Dhaka she had moved to the US for higher studies.

Tarishi was killed because she was a kafir (one who disbelieves, an infidel, non-Muslim).  Quoting a rescued hostage, the Daily Star, a Bangladesh daily reported those who could recite a verse from the Quran were spared and the others were tortured before being killed.

The earlier media report goes on to add –

“Her brother Sanchit, who has done his engineering from Canada, had landed in Delhi a day earlier so that the family of four, along with mother Tulika, could all head to Firozabad — where Sanjiv’s three brothers Rakesh, Rajiv and Ajit have a flourishing trade in glass — on Saturday. That family reunion was never to be. At the Jains’ Suhag Nagar home in Firozabad, there is both anger and deep grief. “We don’t want her to be cremated in the land where she was brutally murdered. Terrorists killed her for being a Hindu,” Sanjiv’s younger brother Rakesh Mohan Jain told TOI.”

The Softening of the Hindu mind

Over the last 100 years, Hindus, especially English educated ones, have gradually drifted away from their religio-cultural roots. They have started believing the secularist propaganda fed by the Nehruvian school that their religion is intrinsically backward, regressive and anti-modern. To make matters worse, Hindus have been led to believe that Abrahamic religions like Islam and Christianity (which are organized, well funded and aggressively proselytizing  global religions) are more egalitarian and accessible, and that being minorities in Bharat followers of these religions are always at risk of persecution by the orthodox Hindu majority.

Our media is at the forefront of this well-oiled propaganda machinery, and hence events like the murder of Mohammed Akhlak in Dadri are incessantly portrayed as brute Hindu majority attacking the defenceless innocent Muslim minority, disregarding the fact that Akhlak had stolen and killed a calf (an illegal act in UP, as in 24 out of 29 states of the Union of Bharat) which inflamed passions leading to his unfortunate lynching.

But Tarishi’s murder will get a fraction of the coverage that Akhlak did – in any case, reference to the fact that Tarishi was brutally hacked to death only because she was a Hindu and not a Muslim will be muted at best. Another fact that will be suppressed is that most of the terrorists involved in the Dhaka atrocity were well-educated Bangladeshi Muslims from well to-do families. And that most Muslims continue to deny that IS (Islamic State) derives its legitimacy from authentic Islamic sources.

All attackers were from Scholastica, a private English immersion school in Dhaka. 3/#Bangladesh#DhakaAttackpic.twitter.com/ql0NKZcFYl

In fact, taqiya (Islamic doctrine of deception) artists like Shahid Siddiqui continue to deflect attention from IS and blame the usual trinity of CIA, Mossad and RAW for defaming Muslims by ‘staging’ attacks like the recent Florida shooting.

Shahid Siddique preaches secularism in english & then spreads venom in his Urdu papers.Very very imp this is shared https://t.co/YdJGb0YKoj

Till the time a critical mass of Hindus acknowledge the harsh reality that they are completely misinformed and unaware of the danger posed by Abrahamic religions like Islam and Christianity (and their communist allies in Bharat), they will continue to bleed, both literally and figuratively. We cannot rely on educated & ‘moderate’ Muslims to introspect and reform their religion – we will have to play an equal part in the debate. 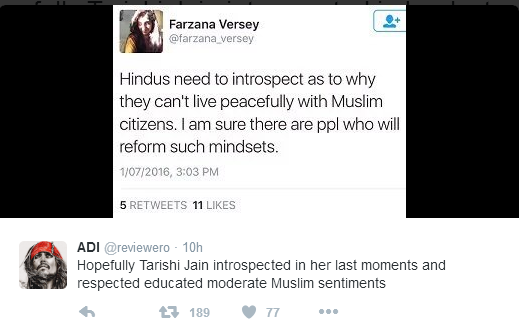