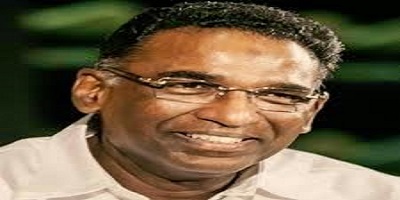 Justice Jasti Chelameswar, one of the five senior judges in the collegium which clears appointments to the Supreme Court and deals with intra-high court transfers, has refused to attend the Supreme Court collegium meetings going forward on the grounds that its functioning lacked transparency.

The collegium comprises CJI T S Thakur and Justices A RDave, J S Khehar, Dipak Misra and Chelameswar. Breaking ranks with his colleagues in the collegium, Justice Chelameswar said the collegium headed by CJI is “most opaque”, and the “majority gangs up” to shoot down genuine objections against undesirable candidates being chosen to be judges of higher courts. He spoke to a media house expressing his unhappiness over the entire process.

“I have written a letter informing him that I will not be participating in the collegium’s meetings henceforth. The system of selection of judges is not at all transparent. No reason, no opinion is recorded. Just two people decide the names and come back to the meeting and ask for a yes or no. Can a judge of the Supreme Court or high court be selected in such a manner?” he asked.

“If a known corrupt person is being considered for appointment as a judge of the Supreme Court and if one of the members of the collegium says he has evidence to back his opposition to his appointment, should such a person’s selection be decided on the basis of majority or rejected on the basis of the merit of the evidence given by the single member of the collegium? My experience shows that people gang up in the collegium and selections are done without anyone recording his view and the basis of that view. The outside world does not know what is happening inside the collegium. The inside world too does not know much. Two people sit and decide the names and then ask others to give their yes and no to the names,” he said.

“Are we doing anything good for the country through this selection process? Should it not be on the basis of merit? What if a person who is opposing a name has the most valid grounds? Can such valid grounds be brushed aside by majority or through the expression of yes or no” — were a few of the many questions Chelameswar asked. He had found no answer for his questions within the system, forcing him to inform the CJI that he would no be longer available for collegium meetings. He would, however, continue to go through the files relating to the selection of judges and record his views on them.

As per this article –

“In the development that is likely to stir a nationwide debate on the state of our judicial system, Justice J Chelameswar is understood to have shot off a three-page letter on Thursday to the Chief Justice of India, Justice T S Thakur, expressing his unwillingness to attend meetings of the Supreme Court Collegium.

The judge, it is learnt, skipped the Collegium meeting scheduled on Thursday though it was attended by the remaining four judges, including the Chief Justice.

The meeting was expected to discuss the revised Memorandum of Procedure for appointment of judges but was deferred in the light of Justice Chelameswar’s letter. In October last year, Justice Chelameswar was the lone dissenting judge when a five-judge bench of the Supreme Court shot down the National Judicial Appointments Commission (NJAC) Act.

The Act provided for a six-member panel, comprising the CJI, two Supreme Court judges, the Union law minister and two eminent persons, to appoint judges to the Supreme Court and the High Courts.

After striking down the NJAC Act, the Supreme Court advised the Union government to draft a Memorandum of Procedure (MoP) for the appointment of judges but has since been repeatedly turning down suggestions made by the government on the method to be adopted.

One of these suggestions was that the government reserves the right to reject names recommended by the Collegium if they are not in ‘national interest.’ The government also wanted dissent, if any, expressed by the members of the Collegium over any proposal or recommendation, to be recorded in writing, which is not the case at present. According to highly-placed sources, Justice Chelameswar stated in his letter that nothing that’s discussed in the Collegium meeting remains on record and therefore, he saw no purpose in attending the meeting. Instead, he has suggested that the recommendations be sent to him in writing to record his views and return them to the Chief Justice. Indications are that Justice Chelameswar is in no mood to change his stand. This is more or less in line with what he said in his dissent judgment on the NJAC Act and the judge seems to have taken the view that the country expects transparency in public administration, including the decision-making of the Supreme Court.

In fact, in the aftermath of the October 1993 landmark judgment that paved the way for the Collegium system, several former judges of the apex court have been openly critical of the opaqueness in the process being adopted for the appointment of judges. The verdict, delivered by a nine-judge bench headed by the then Chief Justice JS Verma, in what is popularly known as the Second Judges’ Case,  gave the judiciary or in other words, the Chief Justice of India, primacy in the appointment of judges and ruled that the executive cannot have an equal say in the matter.

Many years later, Justice Verma himself commented that the judgment needs to be reviewed and clarified that what he meant was somewhat different.

Things have now reached such a pass that Justice Chelameswar reportedly commented that the process is opaque even to the members of the Collegium themselves. His colleague Justice Kurien, who was also on the constitutional bench that struck down the NJAC Act, had sailed with the majority view but admitted in his judgment that the present Collegium system lacks transparency, accountability and objectivity. In fact, Justice Kurien went to the extent of saying that the Collegium system needs to be improved requiring a ‘Glasnost’ and a ‘Perestroika’. It seems the moment has finally arrived.”

Dissent when SC struck down NJAC

Justice Chelameswar was the lone judge in the 5 member Bench to uphold the validity of the NJAC in October 2015. This article lists the top five things he said in his dissent note:

“1) “Transparency is a vital factor in constitutional governance….Transparency is an aspect of rationality. The need for transparency is more in the case of appointment process. Proceedings of the collegium were absolutely opaque and inaccessible both to public and history, barring occasional leaks.”

2) Assumption that “primacy of the judiciary” in the appointment of judges is a basic feature of Constitution “is empirically flawed.”

3) There were cases where the apex court collegium “retraced its steps” after rejecting recommendations of a particular name suggested by the High Court collegium giving scope for a great deal of “speculation”.

“There is no accountability in this regard. The records are absolutely beyond the reach of any person including the judges of this Court who are not lucky enough to become the Chief Justice of India. Such a state of affairs does not either enhance the credibility of the institution or good for the people of this country.

4) “To hold that it (government) should be totally excluded from the process of appointing judges would be wholly illogical and inconsistent with the foundations of the theory of democracy and a doctrinal heresy,” he said, adding Attorney General Mukul Rohatgi was right in his submission that exclusion of the executive branch is destructive of the basic feature of checks and balances – a fundamental principle in Constitutional theory.

5) “For all the above mentioned reasons, I would uphold the Amendment. However, in view of the majority decision, I do not see any useful purpose in examining the constitutionality of the Act,” the judge said.

Transparency and consensus are needed in the Supreme Court collegium proceedings for selecting judges, three former CJIs have said in support of Justice J Chelameswar’s unprecedented decision to stay away from collegium meetings, says this report.

None of the 3 ex-CJIs said anything about Justice Chelameswar’s point that the executive (government) cannot be totally excluded from the selection process. Justice Lodha seems to be more concerned that a senior member of the judiciary is washing the institution’s dirty laundry in the open – he warned that “people” might take advantage of this ‘controversy’ and, hence, it would be in the best interest of the institution that all judges put their heads together and find a solution.

Justice Chelameswar is not the first judge to have criticized the collegium system and highlighted the glaring flaws in the judiciary. In November 2011, a former Supreme Court Justice Ruma Pal slammed the higher judiciary for what she called the seven sins. She listed the sins as:

We would like to mention that the objections raised by Justice Chelameswar are similar to the concerns raised in this earlier HinduPost article ‘Why the Higher Judiciary Appointment Process Needs Urgent Reform‘ – that article also lists some of the most high-profile cases of corruption and nepotism in the higher judiciary.

It remains to be seen whether the objections to the present Collegium system raised by Justice Chelameswar and the support he has received from three ex-CJIs will have any impact on the CJI and other senior SC judges. CJI Thakur brusquely brushed aside media questions on the issue, saying “We will sort it out”.