Ram Leela Committee’s Land Being Used as Kabristan in Amethi, UP 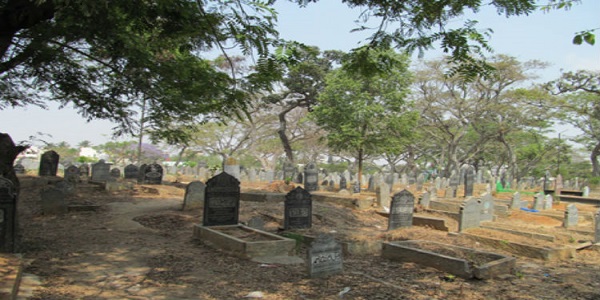 Illegal encroachment of land is on the rise in Singhpur area of Amethi due to negligence of administration. Land Mafias aren’t desisting form encroachment of government and registered lands. Emboldened by the negligence of authorities, members of a ‘particular community’ crossed all limits by illegally occupying the land of Ram Leela Committee to use it as a kabristan (Muslim cemetery).

The issue is of Pendara Gram Sabha of Shivratanganj. A land piece of around 10 bighas is registered here in the name of Ram Leela Committee. Some Muslims have illegally occupied this land and have been using it as a cemetery.

Ram Leela Committee complained several times on Tehsil Divas and Samadhan Divas for resolution of the matter but no action was taken against the accused. Disappointed from all sides, members of committee have written a complaint letter to CM Yogi Adityanath for extrication of the land from it’s illegal occupants. When deputy district officer Dr. Ashok Shukla was contacted regarding the matter, he said that prompt action will be taken upon receipt of complaint.