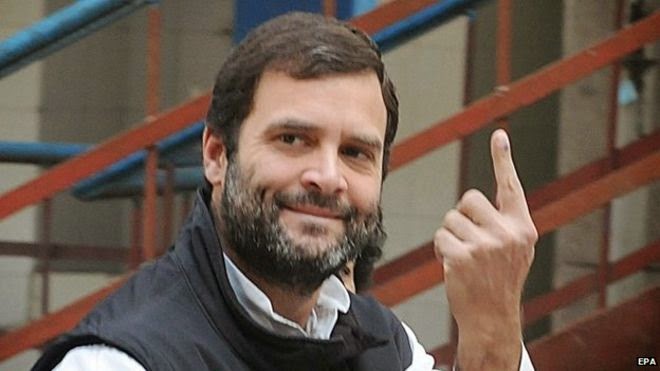 Rahul Gandhi thinks he is qualified to give advice to PM Modi. Look at what he has said. He wants Modi to listen to the voice of the people. And what is the Congress’ performance in this aspect? Did his grandmother listen to the people? Was she tolerant of the advice from even her ministers? Was his grandmother amenable to listen to her council of ministers? Does Rahul Gandhi know why Pranab Mukerjee, Shukla, A.K Antony left the Congress? Did she not annihilate all opinions by arresting all the political leaders and banning the media from publishing any news during the Emergency? And her grandson Rahul Gandhi faults PM Modi for not respecting his own ministers – that is the BJP’s internal problem. RG is not politically and ethically qualified to take a call on that.

What was his father’s record on listening to the people? He did not even respect Parliament. He used the shouting brigade to shout down the ruling parties. He used political cunning to boot out the Chandra Shekhar government. Then coming to the UPA’s regime-how can Rahul Gandhi justify his mother’s unconstitutional role? What was this ‘inner voice’ that made her take over the power reins from behind a robot PM? She did not wait for the people’s voice, nor did she listen to the people’s voice. It was her own inner voice that she relied on.  So in what way is Rahul Gandhi qualified now to extend such advice to Modi – to listen to the voice of the people? This act of Sonia Gandhi listening to her ‘inner voice’ – what Congress sycophants termed as ‘renunciation’, gave this word a new meaning. Concentration of all power in her hands without accountability – what an act of great renunciation!

Coming to Rahul Gandhi, one is shocked at his political ignorance and his inability to learn. He does not even know his own family’s political history. How is he qualified to extend advice to Modi to listen to the people? He makes himself a laughing stock. What is his political experience to presume that he can advise Modi? He did not work his way up, unlike Modi who rose from the lower levels and was a Chief Minister for 13 years. What does it matter to Rahul Gandhi if the RSS gave lessons to Modi. Again, this shows him in a poor light because he does not know the ideology and the convictions of the RSS.

Rahul Gandhi was born with a silver spoon in his mouth. He now struts about the country going from one university to another, stoking unrest and abetting discord. He is not worthy to be a leader. Rahul Gandhi states that the PM is not the country. What does he think of ‘India is Indira’ – a slogan raised during his grandmother’s tenure? He wants us to believe in his belief that the country is the Nehru-Gandhi’s fiefdom. He is sadly mistaken. No more can the Congress take the people for a ride. He has forgotten that there were ten suicides in the Hyderabad Central University during the UPA rule when his mother was the de-facto prime minister. Why had he not visited the HCU then? Why had he not listened to the people – the voices of the youth then? Be it the Scheduled Caste (SC) issue of discrimination, suicides or the distress of the farmers – all these were there in larger proportions during the UPA tenure. Yet Rahul Gandhi did not think of uttering a single word of condemnation, nor did he demand that his mother Sonia Gandhi and Manmohan Singh must visit these sites and meet the grieving people. He did not think it necessary to advise them to listen to the people. So I request Rahul Gandhi to keep his own advice to himself – Modi does not need to take lessons from him.

Rahul Gandhi must remember that the PM is the country’s representative. Not his family’s. The PM represents the people – in him the people look for a forward movement of the country. Rahul Gandhi must answer the people – why after 50 years of the Congress being in power there is so much of poverty and discrimination? He must otherwise have the decency to stop giving advice to Modi, and stop his abetment of unrest and stoking tensions. Does he think that by doing this he will come to power?

The simple fact is that the Gandhis cannot accept the truth that they are no more in power. The people rejected them and will continue to do so. Hence he stoops to all sorts of underhanded, unethical methods. This is the man who enjoys his frequent pleasure trips and hardly works. Yet he wants us to believe that he stands with the farmers in distress. There are serious allegation that he and his mother have money stashed in foreign banks; to prove his concern and anguish, he could at least bring this money to the country and distribute it to the SC students and the farmers and then talk. His hypocrisy is so obvious.

Either he is utterly ignorant or he is simply adamant in stooping to any method to unseat Modi. This includes wrong information, falsehoods, and of course hypocritical actions. Does he want the citizens of this country to believe that praising Afzal Guru and Yakub Memon are nationalistic acts and expressions of nationalism? One need not be shocked at Rahul Gandhi’s mindset because one is not sure to which country he owes his allegiance. But let him and his mother and the Congress forget that they can dislodge Modi and the ideology which he represents, and try to break Bharat. We will not allow the country to be broken again – that can happen only over the dead bodies of this country’s citizens.

Regarding Sitaram Yechury the less said the better because the strategy of the Marxists and Maoists is to infiltrate into universities and brainwash the youth towards their failed ideology. And what is their ideology – to destabilize the country. They can never come to power – and all over the world the Communists and the Maoists have been decimated. But they have found a safe haven in the JNU – the JNU and part of its youth are soft targets. But let them finance the JNU and not waste the hard earned money of the taxpayers for propagating their ideology. This is day light robbery. I do not think it is necessary to remind them of their blood soaked hands. One can only pity them because they have to justify their existence of being ‘netas’.