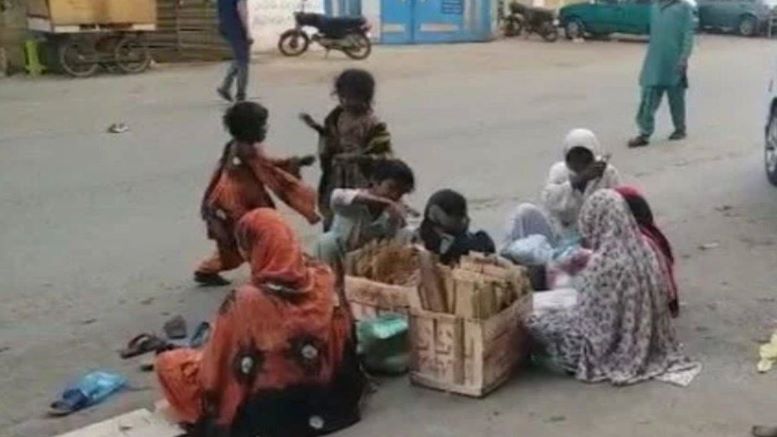 While the entire world is dealing with the corona pandemic, Hindus in Pakistan are being discriminated against by their own administration. Hindus have been told point blank that the essential goods provided by the administration are for Muslims alone. This has angered its Hindu citizens. Sindh government has instructed NGOs and administration to provide daily wage workers with essential food items during this hour of crisis. Human Rights activists have stated that despite government orders, administration has turned away Hindus and told them that they have no rights to seek these essentials.

Administrative officials have been telling Hindus that these ration material is for Muslims alone. Besides, there were no facilities to screen the 3000 people who had gathered there to collect food items. Hindus are being denied these essentials in several cities of Sindh including Lyari, Sachal Goth and Karachi among others. Political activist Dr Amjad Ayub Mirza has exposed this discrimination and has warned that the minorities of Pakistan are going through a crisis.

The number of those affected by the coronavirus in Pakistan has been rising by the day. There have been 2071 cases till date with 26 deaths. Punjab and Sindh are among the most affected areas. However, even during these difficult times, Pakistan continues to discriminate against its Hindu minorities.